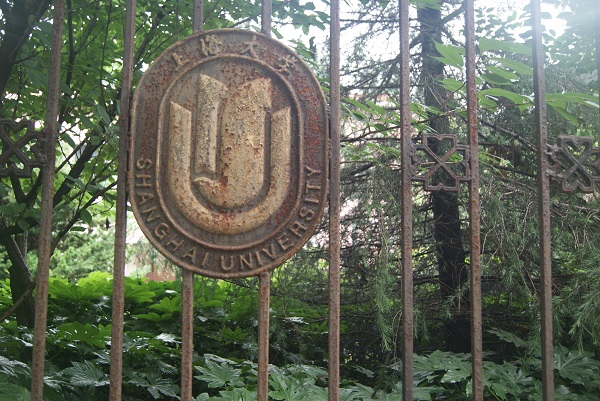 Nearly one million Chinese students registered for classes at American universities during the 2012-2013 academic year, says an article in US News and World Report. But with tuition fees for foreign students of $38,000 or more per year, education in the US is way out of reach for the average Chinese family. The solution that China has found is to move the foreign education to China. Foreign universities have opened campuses and joint venture programs across the country, using the English language to teach degree subjects. The schools are still considerably more expensive than a domestic university, but much cheaper than going abroad. A bachelor’s degree at University of Nottingham, Ningbo Campus costs $14,000 USD, for example, whereas a BA at Shanghai University would cost only about $3,200 USD.

A deep respect for education has always been a major feature of Chinese culture. In the past, however the educational options open to many families were limited by the family’s income. Over the last 10 years, however, Chinese families have been earning more and more. According to a report by Accenture the average hourly wage in China has increased from less than one dollar per hour in 2005, to approximately $2.25 an hour in 2011, with the average annual income in 2012 rising to about $2,100. Much of that money is being pumped into education. Some of these families save for years and years to send their children to a foreign university program in China. But the foreign programs are especially popular with China’s wealthy class. According to the Hurun Wealth Report of 2012, “One out of every 1300 people in China has a million yuan or more”, leaving them with savings large enough to fund a foreign education inside or outside of China.

Since 1978, China has had a one child policy. With life expectancy steadily increasing in the new affluent China, this often leaves four living grandparents and two parents with only one child to support. This means the life savings of six adults could be pooled to pay for the education of one child. The increased income, combined with a one child policy has left a tremendous number of families in a position to pay for a foreign university program.

University of Technology Sydney, in cooperation with Sydney Institute of Language and Commerce, operates a program at Shanghai University. This is one of many foreign programs which doesn’t actually offer a foreign degree in China. Students who complete the program in China get a certificate. But students who complete a two-plus-two program, two years in China followed by two in Australia, receive a university degree from UTS. Another option is that the students can complete their BA from Shanghai University concurrently with two years at SILC, then go to Australia and complete a second BA. These types of programs have made a foreign education even more affordable, since the first two years are done in China. This leaves parents to pay for only two years of study abroad.

Karen, a second-year student in the UTS, SILC program, explained why the program appeals to Chinese students: “First of all I can get two degrees, one from China, and one from the foreign university which benefits me interviewing for a job.”

In an informal survey, the two most common reasons students gave for studying in the hybrid program were to improve their English and to prepare to study abroad.

“My friend and my parents both think it is a good way to improve English,” said one student. “But my parents may worry if the courses we studied whether can be adapted to the situation in china.”

“Because I want to improve my English and I can be better adapted to the foreign study style if I go abroad for further study,” said another. “First, because of study abroad, my parents want me study in SILC. Also this program is cheaper than going abroad for studies. More cross nation companies setup in China currently. They need more employee with a broad and good command of English to deal with foreign business. So study in SILC will help me to get a god job after graduation.”

Whether students do the full four years abroad or do half in China and half in a foreign country, they still need to adjust to the dramatic differences between western and Chinese education.

Another SILC student commented on the differences between Western and Chinese teaching styles: “There’s not so many instructions given by western teachers. We have to study individually and initiatively, which is quite different from Chinese pattern. Also studying speed is very fast, since we have three semesters per year.”

During a series of student interviews, responses like this were very common: “I think the most difficult thing is the deference between Chinese and foreign teacher patterns are hard to adapt to. Sometimes the customs of how to teach in class, what kind of homework to do, differ. Class is quite different from I used to do as a Chinese student.”

The foreign teachers also found that teaching Chinese students was different than teaching in the West. One teacher, Rada, said, “Chinese kids are more respectful. Teachers are important here. But it is more challenging to get them to speak and participate.” She went on to say, “It’s like pulling teeth.”

An American teacher, Niko had this to say, “The biggest challenge is that they are taught never to question anything. But in western education you have to question, analyze, and debate.”

Rada added, “Parents put pressure on the kids. They are motivated not only to make money, but also to make their parents proud. Avoiding shame seems to be a huge part of the culture.”

In the English language programs teachers often complain that they have to demand less of the Chinese students. “The expectations are much lower here than they would be in an English speaking country. We have to go slower and dumb down the course, if you will.”

In addition to the English language programs, which seem to be the largest and most well established, there are a smattering of programs sponsored by Germany, France or other countries, using other languages as the medium of instruction.

One student in an English program explained, “The other foreign programs in our school UTSEUS [a program offered through a French university], it’s often a little tired since they have to learn French, which they never studied before.” Many of the English medium programs require that students pass the IELTS exam either before or during the course. But the European programs couldn’t make such demands because there are so few Chinese students who have had the opportunity to study German or French till fluency.

As a result, a French engineering teacher complained, in very broken English, “The students understand nothing about I say. So, I am have to speak English for teach my class.”

Apart from the language issues, foreign and Chinese universities are very different. Chinese education is largely focused on rote memorization. The best students are those who can most dutifully and correctly repeat what they have heard from the teachers. Students also work in study groups, sharing notes and assignments. This is in sharp contrast to Western education which values critical thinking, individuality, and original thought. One student had this to say, “The requirement in a foreign program is too different form the study style in my previous study, such as presentation and discussion. These things are not common in high school.”

Many of the students complain about the difficulty of dealing with both the language and the unfamiliar classes. “We must learn many major courses. And academic English in such a short time. It is also a challenge to pass. And my friends in other programs do not have to pass IELTS.”

Students in foreign programs often commiserated with friends who were studying in other foreign programs.  “I have a friend studying Shanghai Jiao Tong University, majoring in Michigan program. They had to pass the TOEFL so that they could go to Michigan to finish their bachelor’s degree. And their courses are hard.”

Another girl said, “I have friends in western Liverpool University, China. They say that Liverpool is expensive. European schools have too many activities and lessons…too busy.”

As much as the students were aware of the benefits of the foreign program, many of them didn’t choose the program themselves.

Giles, a teacher at SILC, explained how the students came into the program: “Parents simply tell them what to do and what to study. You don’t know how many kids have told me, ‘I would prefer to study nuclear physics or anything but completely unrelated to business.’ But parents made them study business because this is where they believe the kids can make money.”

Niko said, “There is a belief in the society that parents know best. And you always do what parents tell you. Even their peers would tell them to listen to their parents, which is very different from the west.” Niko went on to say, “They are taught by parents that education is important, and part of Chinese culture. And this is true, regardless of class. In other countries it may be class. But here, it is everyone.”

Most of the foreign programs are business related. Business and technology seem to be the two choices that Chinese parents agree on.

Niko said, “The Chinese are focused on education as a tool for social mobility. They mostly study business or engineering. You don’t get a lot of Chinese kids studying philosophy or liberal arts. If they are studying something else, it is most likely because they didn’t have the scores to get into business and engineering.”

Parents in the new China are willing to spend a fortune on their children’s education because they see it as an investment. They hope that investing in a business or technology degree will return real dividends. Unfortunately, however, data shows that Chinese university graduates have increased six fold in recent years. New grads are facing a tighter job market and low wages. A graduate from a $140,000 USD education in the US will be returning to a China where the average income is just over $2,000 a year. And yet, each year, the number of students opting to go abroad for studies or to study in the local, international university programs increases dramatically.