Ukraine: Washington’s Arrogance, Hubris, and Evil Have Set the Stage for War 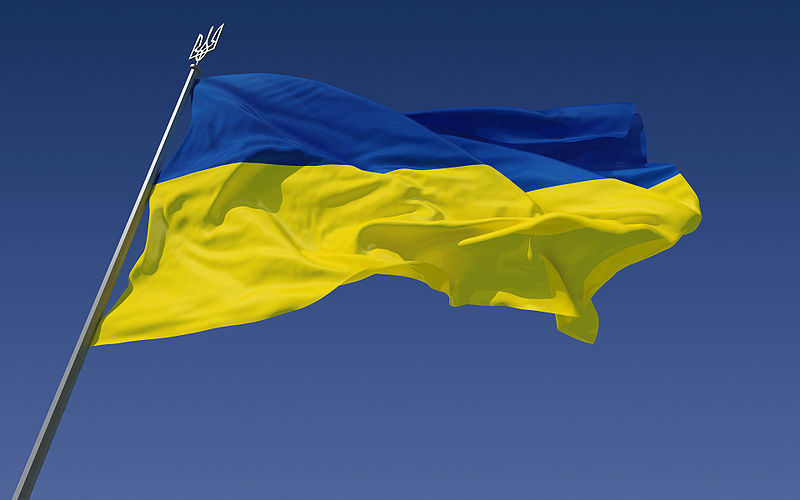 In some quarters, public awareness is catching up with Stephen Lendman, Michel Chossudovsky, Rick Rozoff, myself, and a few others in realizing the grave danger in the crisis that Washington has created in Ukraine.

The puppet politicians who Washington intended to put in charge of Ukraine have lost control to organized and armed neo-Nazis, who are attacking Jews and Russians and intimidating Ukrainian politicians. The government of Crimea, a Russian province that Khrushchev transferred to the Ukraine Soviet Republic in the 1950s, has disavowed the illegitimate government that illegally seized power in Kiev and requested Russian protection.  The Ukrainian military forces in Crimea have gone over to Russia.  The Russian government has announced that it will also protect the former Russian provinces in eastern Ukraine as well.

As Aleksandr Solzhenitsyn pointed out, it was folly for the Communist Party of the Soviet Union to transfer historic provinces of Russia into Ukraine. At the time, it seemed to the Soviet leadership like a good thing to do.  Ukraine was part of the Soviet Union and had been ruled by Russia since the 18th century.  Adding Russian territory to Ukraine served to water down the Nazi elements in western Ukraine that had fought for Hitler during World War II.  Perhaps another factor in the enlargement of Ukraine was the fact of Khrushchev’s Ukrainian heritage.

Regardless, it did not matter until the Soviet Union and then the former Russian empire itself fell apart.  Under Washington’s pressure, Ukraine became a separate country retaining the Russian provinces, but Russia retained its Black Sea naval base in Crimea.

Washington tried, but failed, to take Ukraine in 2004 with the Washington-financed “Orange Revolution.”  According to Assistant Secretary of State Victoria Nuland, since this failure Washington has “invested” $5 billion in Ukraine in order to foment agitation for EU membership for Ukraine.  EU membership would open Ukraine to looting by Western bankers and corporations, but Washington’s main goal is to establish US missile bases on Russia’s border with Ukraine and to deprive Russia of its Black Sea naval base and military industries in eastern Ukraine. EU membership for Ukraine means NATO membership.

Washington wants missile bases in Ukraine in order to degrade Russia’s nuclear deterrent, thus reducing Russia’s ability to resist US hegemony.  Only three countries stand in the way of Washington’s hegemony over the world, Russia, China, and Iran.

Iran is surrounded by US military bases and has US fleets off its coast.  The “Pivot to Asia” announced by the warmonger Obama regime is ringing China with air and naval bases.  Washington is surrounding Russia with US missile and NATO bases.  The corrupt Polish and Czech governments were paid to accept US missile and radar bases, which makes the Polish and Czech puppet states prime targets for nuclear annihilation.  Washington has purchased the former Russian and Soviet province of Georgia, birthplace of Joseph Stalin, and is in the process of putting this puppet into NATO.

Washington’s Western European puppets are too greedy for Washington’s money to take cognizance of the fact that these highly provocative moves are a direct strategic threat to Russia.  The attitude of European governments seems to be, “after me, the deluge.”

Russia has been slow to react to the many years of Washington’s provocations, hoping for some sign of good sense and good will to emerge in the West.  Instead, Russia has experienced rising demonization from Washington and European capitals and foaming at the mouth vicious denunciations by the West’s media whores.  The bulk of the American and European populations are being brainwashed to see the problem that Washington’s meddling has caused in Ukraine to be Russia’s fault.  Yesterday, I heard on National Public Radio a presstitute from The New Republic describe Putin as the problem.

The ignorance, absence of integrity, and lack of independence of the US media greatly enhances the prospect for war. The picture being drawn for insouciant Americans is totally false.  An informed people would have burst out laughing when US Secretary of State John Kerry denounced Russia for “invading Ukraine” in “violation of international law.”  Kerry is the foreign minister of a country that has illegally invaded Iraq, Afghanistan, Somalia, organized the overthrow of the government in Libya, tried to overthrow the government in Syria, attacks the civilian populations of Pakistan and Yemen with drones and missiles, constantly threatens Iran with attack, unleashed the US and Israeli trained Georgian army on the Russian population of South Ossetia, and now threatens Russia with sanctions for standing up for Russians and Russian strategic interests.  The Russian government noted that Kerry has raised hypocrisy to a new level.

Kerry has no answer to the question:  “Since when does the United States government genuinely subscribe and defend the concept of sovereignty and territorial integrity?”

Kerry, as is always the case, is lying through his teeth.  Russia hasn’t invaded Ukraine. Russia sent a few more troops to join those at its Black Sea base in view of the violent anti-Russian statements and actions emanating from Kiev.  As the Ukrainian military in Crimea defected to Russia, the additional Russian troops were hardly necessary.

The stupid Kerry, wallowing in his arrogance, hubris, and evil, issued direct threats to Russia.  The Russian foreign minister dismissed Kerry’s threats as “unacceptable.”  The stage is set for war.

Note the absurdity of the situation.  Kiev has been taken over by ultra-nationalist neo-Nazis.  A band of ultra-nationalist thugs is the last thing the European Union wants or needs as a member state. The EU is centralizing power and suppressing the sovereignty of the member states. Note the alignment of the neoconservative Obama regime with anti-Semitic neo-Nazis. The neoconservative clique that has dominated the US government since the Clinton regime is heavily Jewish, many of whom are dual Israeli/US citizens.  The Jewish neoconservatives, Assistant Secretary of State Victoria Nuland and National Security Adviser Susan Rice, have lost control of their coup to neo-Nazis who preach “death to the Jews.”

The Israeli newspaper Haaretz reported on February 24 that Ukrainian Rabbi Moshe Reuven Azman advised “Kiev’s Jews to leave the city and even the country.”  Edward Dolinsky, head of an umbrella organization of Ukrainian Jews, described the situation for Ukrainian Jews as “dire” and requested Israel’s help.

This is the situation that Washington created and defends, while accusing Russia of stifling Ukrainian democracy.  An elected democracy is what Ukraine had before Washington overthrew it.

At this time, there is no legitimate Ukrainian government.

Washington is comprised of three elements: Arrogance, Hubris, and Evil.  There is nothing else there.