Back to Basics in Palestine: Redefining Our Relationship to a People’s Struggle 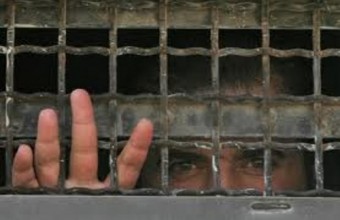 The Winter 2012 edition of Palestine News features a photograph of an old man. His white beard and traditional jalabiya give him the appearance of any Palestinian grandfather. His name is not given; he could be a Muslim or a Christian. We know that he comes from the West Bank village of Qusra, and that he is holding the broken branches of his olive trees. 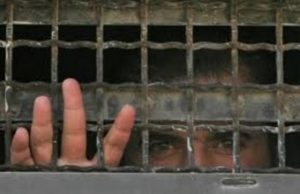 According to the accompanying report, the destruction of Palestinian olive trees by Jewish settlers—under the watchful eye of the Israeli occupation army—cost farmers over $500,000 in 2011. It isn’t only income that the settlers are targeting. They know the land is also a source of empowerment to millions of Palestinians. Their ultimate aim is to break the bond that has united the native inhabitants of Palestine since time immemorial.

But will they succeed?

Suheil Akram al-Masri, a 26-year-old political prisoner fromGaza, was hospitalized on March 2, just hours after his release. Al-Masri had reportedly fallen unconscious after 13 days of being on a hunger strike, in solidarity with female prisoner Hana Shalabi, who went on a hunger strike on February 12.

Hana’s story is troublingly typical. She has spent 25 months under what Israel calls “administrative detention,” a bizarre legal system that allows Israel to hold Palestinian political activists indefinitely without charge or trial. She was released in October 2011 as part of the prisoner exchange deal, only to be kidnapped again by soldiers a few months later.

Like Khader Adnan, who had recently ended the longest hunger strike ever staged by a Palestinian prisoner, Hana decided that enough was enough. Hundreds of Palestinians, including Hana’s aging father, joined in her quest for freedom and dignity.

Charlotte Kates, an activist with The National Lawyers Guild, wrote, “Imprisonment is a fact of life for Palestinians…There are no Palestinian families that have not been touched by the scourge of mass imprisonment as a mechanism of suppression.”

In the Israeli military, there is an order that grants it “the authority to arrest and prosecute Palestinians from the West Bank for so-called ‘security’ offenses.” There are 2,500 such military orders, including one issued in August 1967, which deems any acts of influencing public opinion as “political incitement”. Also prohibited is any activity that demonstrates sympathy for organizations deemed “illegal” by the military.

Palestinians are thus governed by laws without internationally recognizable legal frame of reference. There is no need to examine the Fourth Geneva Convention on prisoners, the rights of occupied nations, or the forceful seizure of property. Israel is governed by its own absurd and inhumane logic.

It is this very logic that allows Israel to justify the detention of Gaza patients seeking medical treatment outside their besieged area—which lacks critical medical equipment and life-saving medicine. The Palestinian Center for Human Rights (PCHR) issued a statement on January 23, protesting an exceptionally disturbing practice that has been used by the Israeli military for many years: interrogating Palestinians seeking surgery in West Bank or Israeli hospitals.

Bassam Rehan, 25, from Jabaliya refugee camp, was a victim of this policy. He was detained as he tried to pass through the Erez crossing. PCHR was concerned that, like many before him, Rehan would be subject to torture, according to Maan News. “Targeting patients, exploiting their need for medical treatment at hospitals in Israel or the West Bank and blackmailing them constitute serious illegal actions,” PCHR’s statement read.

Such stories don’t begin or end here. But the continuation of this terrible and convoluted episode raises questions about the lack of will to bring the injustice to an end. It highlights our collective moral responsibility, even culpability, in allowing Israel to treat people—the natives of this ancient ‘holy land’—in such a degrading way.

There is no point in counting on Barack Obama, Stephen Harper, or David Cameron to exact justice for Palestinians. How could they, when their governments continue to facilitate and arm the occupation of Palestine, finance the illegal settlements, ensure the continuation of the siege on Gaza and block any attempt—even symbolic—to indict the unlawful, violent and Apartheid-like practices of the Israeli government?

To whom can ordinary Palestinians turn for justice? To whom can they appeal for their rights? And from whom should they expect solidarity?

One thing remains certain. Palestinians will continue to resist with or without an international awakening to their plight. The old man will try to replant a new olive grove. Suheil, Hana, and Adnan will continue their quest for freedom. A whole new generation will carry on the torch from the previous one.

In the meanwhile, we, the silent multitudes, cannot afford to remain silent. Our silence only empowers Israel’s crimes and allows for the untold suffering of millions of people. It is time to redefine our relationship to the Palestinian struggle. We are not helpless outsiders; we are enablers of this moral travesty, and we can choose not to remain so.

Ordinary Palestinians need true solidarity, not sermons about violence and non-violence. They have utilized the latter for nearly a hundred years. They need us to morally divest fromIsrael, as opposed to standing halfway between the oppressed and the oppressor. They need us to overcome our tendencies towards intellectual elitism or any sense of moral ascendancy. They don’t need of us to play the role of the lecturer. They need us to truly listen, to comprehend and to act.

This is not a conflict concerning religion or politics. It is about rights, about people with history firmly rooted in their land. They need us to remember their names, their stories and their longing for justice and lasting peace. Suheil, Hana, Adnan, Bassam and millions of others need our voices of support.

Before we speak of ‘solutions’ to the ‘Palestinian-Israeli conflict,’ I believe that we must first resolve our own dilemma by divesting from an occupation that runs counter to any conception of true humanism.

Desmond Tutu once said, “If you are neutral in situations of injustice, you have chosen the side of the oppressor.”

The choice is yours. And the consequences of your choice could redefine history.