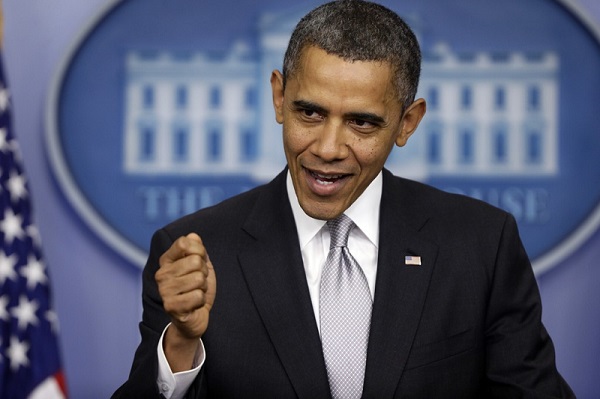 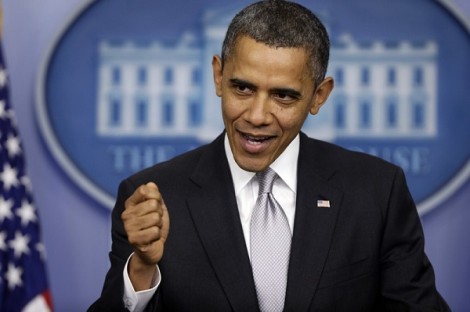 President Obama’s disputed pronouncement that the Syrian government has used chemical weapons and thus crossed his “red line” is significant in several respects, not least because what follows in Syria and the wider Middle East will determine how the Obama presidency is ultimately judged. The first heavy weapons are reported to have reached rebels on the front line of Aleppo. Obama’s decision undermines the United Nations and his much-heralded idea of multilateral diplomacy. It has set back chances of success in Geneva, after President Putin’s dogged determination at the G8 summit not to capitulate to Western demands that President Bashar al-Assad must go as part of any solution to the Syrian conflict.

It is the second time in recent months that diplomacy has suffered a serious blow by a well-timed announcement from Washington. Last August, American media revealed quoting unnamed officials that Obama had signed a secret order to supply weapons, including shoulder-launched surface-to-air missiles, to anti-Assad forces. It prompted the immediate resignation of the special envoy Kofi Annan, the former UN Secretary-General, who was leading tentative peace efforts to end the Syrian conflict. I wrote at the time that the first casualty of Obama’s secret order was diplomacy and the sudden departure of Kofi Annan. Lakhdar Brahimi, a respected Algerian diplomat, succeeded Annan. Now Obama has done it again. His pronouncement surely kills what little prospects there were for peace in Syria.

A few words are in order here about Russia’s S-300 missiles to President Assad’s armed forces. Until a few months ago, opposition forces made up of Syrian and foreign fighters, including the dreaded Nusra Front, were in the ascendancy, and shooting down Syrian aircraft with increasing impunity. Those successes were likely due to American missiles supplied via Turkey, part of the armament financed by Saudi Arabia and Qatar. Iran’s help and the entry of Hezbollah to fight alongside Syrian government forces have been instrumental in reversing the balance on the ground. Russian supplies to boost Syria’s air-defense system mean greater protection for Assad’s air force.

During harsh exchanges, President Putin told the G8 host, Britain’s Prime Minister David Cameron, “One does not really need to support people who not only kill their enemies, but open up their bodies, eat their intestines in front of the public and cameras … This probably has little relation to the humanitarian values preached in Europe for hundreds of years.”

Syria and Iran remain surrounded by a powerful alliance of Arab states, contrary to the overwhelming impression in both Western and regional media that portray Damascus and Tehran as monstrous regimes. Saudi Arabia, Qatar and other Gulf states, Turkey, the European Union, the United States and Canada have all lined up against Assad. His government was excluded by the Sunni bloc in the Arab League in 2011, yet remains a member of the United Nations. President Putin, justifying Russia’s military assistance to the Syrian government, asserted that the Kremlin was sending these supplies to a legitimate government under contracts signed over many years.

There is complete stalemate in diplomacy as whole-scale butchery continues in the battle for Syria. In Britain, Prime Minister Cameron and Foreign Secretary William Hague have shown extraordinary persistence for arming the rebels, possibly a Libya-style intervention by Western air power and special forces on the ground. However, there is little appetite in the British public for another intervention after a series of botched adventures in Iraq, Afghanistan, the lawless outcome of the Libyan operation in which Gaddafi was overthrown and brutally murdered, and continuous fallout of more than a decade of “war on terror” under George W. Bush and Barack Obama.

The art of political spin and deceit is not new, but it has reached new heights in the Obama administration. With his ethical base invoking Mohandas Gandhi and Nelson Mandela in tatters, its true nature is there to see. The American president had travelled to Europe, primarily for the G8 summit, with his administration’s credibility further wounded by Edward Snowden’s disclosures that the U.S. National Security Agency operated a global surveillance network to spy on governments and citizens, foes as well as friends, with the help of the British intelligence center GCHQ.

The atmosphere was distinctly cool during Obama’s European visit this time. In his own country, he had told his fellow citizens that they did not have to worry about surveillance of their mail and telephone calls – that surveillance was directed at others in America’s war against terrorism. The effect was only to increase the anger elsewhere.

The German Chancellor Angela Merkel bluntly reminded him that people in her country were comparing U.S. espionage to that of the Gestapo under Hitler and the Stasi in East Germany under Communism. Uncomfortable questions were raised in private talks with Obama, and Merkel said that more in-depth questions would be asked of the Americans. Even then, President Obama, rather discourteously, monopolized the joint press conference with the German chancellor, and gave a lengthy explanation for America’s global surveillance.

The private fury of President Putin could only be imagined as he arrived at the G8 summit, and, in a way, explained his uncompromising mood. For not only he might have suspected that he was being spied on, his predecessor and the Kremlin’s number two man, Dmitry Medvedev, almost certainly was a victim of surveillance, along with other foreign leaders invited to the G20 conferences in London in 2009, as revealed by the Guardian. The newspaper also disclosed that the British intelligence agency GCHQ was intercepting and storing as many as 600 million emails, telephone calls and internet entries every day by secretly accessing worldwide telecommunications network. German ministers are furious, describing GCHQ activities as “catastrophe.”

In the wake of Snowden’s exposé and recriminations over Syria at the G8 summit, President Obama and his British and French allies badly needed a public relations triumph. So, coinciding with the end of the G8, the administration in Washington announced direct talks with the Taliban of Afghanistan in Qatar. Security analysts sympathetic to Washington promptly went on television channels to explain the virtues of talks in the Qatari capital Doha, where the Taliban had been allowed to open an Islamic Emirate of Afghanistan Bureau (diplomatic office), flying the white flag when the Taliban ruled prior to their overthrow in late 2001.

Washington’s announcement came as an unpleasant surprise to President Hamid Karzai, the man originally hand-picked by the Americans to be the president of Afghanistan. The U.S. decision to hold direct talks with the Taliban had all but frozen out the constitutional head of state. Karzai was angry and broke off talks with Washington on keeping military bases after the withdrawal of most American troops at the end of 2014.

In announcing direct negotiations, the Obama administration also might have hoped that the Taliban would ease their attacks on foreign troops as the withdrawal from Afghanistan accelerated. Within hours, however, Bagram airport near Kabul was targeted by Taliban rockets, killing four American soldiers. Further attacks continued.

Barack Obama cuts a sorry figure today compared to the young idealistic senator who won the 2008 race for the White House promising to end America’s wars abroad and restore civil liberties at home. His administration has come to be associated with warmongering, legal maneuverings designed to flout the constitution and freedoms enshrined therein, and international law. And the presidency which began with the audacity of hope appears to be heading toward a legacy of spin, deceit and a culture of prurience.