Obama, China, and the Middle East 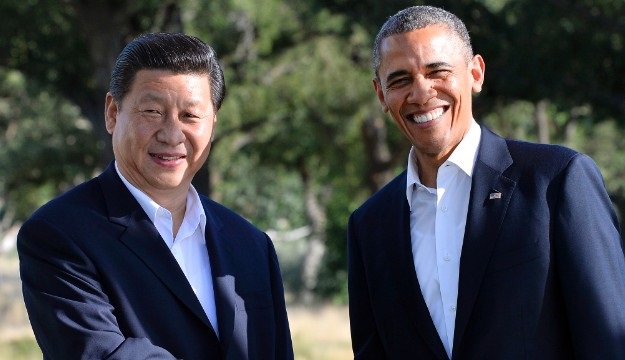 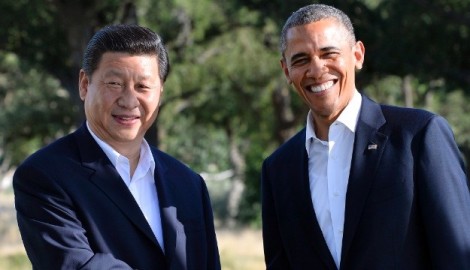 There is an obvious connection between the first summit conference attended by Chinese President Xi Jinping and President Barack Obama in California June 7-8 and Obama’s major speech two weeks earlier redefining the future of America’s 12-year military role in the Middle East.

In effect, Obama has transferred the brunt of U.S. foreign/military policy away from the Middle East and the war on terrorism and toward Asia to better manipulate the conditions of China’s inevitable return to big power status. The process Washington began two years ago to contain China’s influence — the “pivot” to Asia, now termed the “Asia Pacific rebalancing strategy” — can now be accelerated.

I have located no mention of this connection in the Chinese press, but it undoubtedly added to President Xi’s concern about the “rebalancing” just before his talks with Obama. The only mention in the U.S. mass media I know of was a single paragraph in a March 25 New York Times article about Obama’s comments: “Left unsaid in Mr. Obama’s speech was one of the biggest motivations for his new focus: a desire to extricate the United States from the Middle East so that it can focus on the faster-growing region of Asia.”

The switch makes practical sense. It has evidently occurred to the Oval Office that a monomaniacal obsession with a small, scattered enemy possessing primitive weapons undermines America’s imperial interests. The main geopolitical prize for the U.S. government obviously is in East and South Asia, not the Middle East, which has transfixed Washington’s attention since Sept. 11, 2001, at a huge cost in prestige and treasure — probably $5 trillion or more when it’s finally paid off in several decades.

Clarifying this new foreign /military policy thrust is the main reason President Obama delivered his important speech May 23 redefining America’s wars, drones and Guantanamo. His main message was that “we must define our effort not as a boundless ‘global war on terror,’ but rather as a series of persistent, targeted efforts to dismantle specific networks of violent extremists that threaten America.”

“Rebalancing” to Asia does not signify the Obama Administration has the slightest intention to ignore the Middle East. It means these small so-called terror wars are no longer Washington’s first international priority. The U.S. will continue the fighting, but with much smaller numbers of special forces, drones, and other cheaper means of domination, not with large armies of occupation and trillions in treasure.

The Afghan, Iraq and “terror” wars combined with a conservative political atmosphere, regressive economic and political trends, and the impotence of the two-party system in these first years of the 21st century have made a mockery of American democracy: Massive government erosion of civil liberties and the right to privacy; an election system based on corporate money, not the voters; and a ruling elite indifferent to burgeoning inequality and the plight of the poor and destitute.

Osama bin-Laden, the symbol of the terror wars is dead (USA!, USA!,USA!), but not before he tricked the world’s most powerful country into launching two unnecessary and embarrassingly stalemated wars against much weaker foes, creating havoc in those two countries and criticism of American aggression throughout much of the region. Credit card war spending created a mile high domestic deficit that Congress is using as a hatchet to cut social programs and substantially weaken civil liberties and privacy rights.

More details about the speech follow, but I’ll focus now on President Xi’s visit first. It is too early to fully assess the June 7-8 meetings during which the two heads of state spent eight hours together in discussions with hardly any of the usual formalities. There were two main issues, from Washington’s point of view, cyber theft and North Korea, plus several other discussions and agreements.

CYBER THEFT: Obama informed Xi of his extreme displeasure over China’s alleged massive “cyber-enabled economic theft of intellectual property and other kinds of property in the public and private realm in the United States by entities based in China.” Last March, National Intelligence Director James Clapper testified that cyber threats appear to have largely replaced terrorism as posing the greatest risks to U.S. national security.

Obama directed considerable pressure upon his Chinese guest, but did not obtain much satisfaction. At the end of the cyber meetings, Tom Donilon, Obama’s national security advisor (soon be replaced by UN Delegate Susan Rice), could only report:  “It’s quite obvious now that the Chinese senior leadership understand clearly the importance of this issue to the United States.”

The American leader’s cyber presentation was somewhat upstaged the same day when the Guardian (UK) reported, “Obama has ordered his senior national security and intelligence officials to draw up a list of potential overseas targets for U.S. cyber-attacks.” This top-secret 18-page presidential directive was provided to columnist Glen Greenwald by NSA whistleblower Edward Snowden. Obviously, the U.S. engages in cyber crime as do most major countries. It even launched the first cyber “war” by corrupting Iran’s computer network.

Xi criticized the U.S. media for ignoring cyber attacks against China. He also commented, “by conducting good-faith cooperation we can remove misgivings and make information security and cyber security a positive area of cooperation between China and the U.S. Because China and the United States both have a need and both share a concern, and China is a victim of cyber attacks and we hope that earnest measures can be taken to resolve this matter.”

Soon after the summit, according to the Associated Press, “China’s Internet security chief told state media that Beijing has amassed huge amounts of data on U.S.-based hacking. The official held off blaming the U.S. government, saying it would be irresponsible and that the better approach is to cooperate in the fight against cyberattacks.” On June 13, whistleblower Snowden, in Hong Kong, revealed to the South China Morning Post that the National Security Agency was spying on China and Hong Kong. The same day, Ministry of Foreign Affairs spokeswoman Hua Chungying said China is a “major victim” of cyberattacks but did not lay blame.

NORTH KOREA: Both sides discussed relations with the Democratic People’s Republic of Korea (North Korea). At the end of the meetings, Donilon announced what the White House perceives as a victory: “With respect to North Korea, I think the important point here is full agreement on the goals—that is denuclearization; full agreement that in fact the Security Council resolutions which put pressure on North Korea need to be enforced, and full agreement that we will work together to look at steps that need to be taken in order to achieve the goal.”

Rumors were circulating before the meetings that this might be China’s new position toward its old ally, but in summing up the talks on Korea a leading member of the Chinese delegation only said that Xi and Obama “talked about co-operation and did not shy away from differences.”