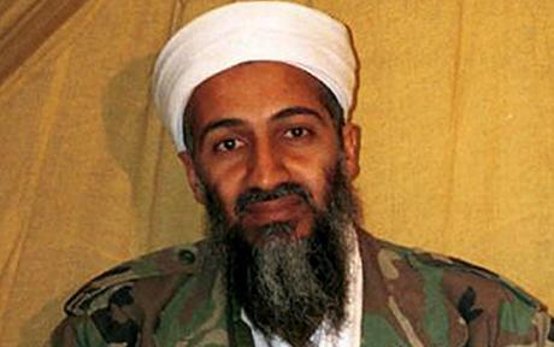 U.S. government documents obtained through the Freedom of Information Act (FOIA) and recently posted on the website of the George Washington University National Security Archive shed some additional light on talks with the Taliban prior to the terrorist attacks of September 11, 2001, including with regard to the repeated Taliban offers to hand over Osama bin Laden, and the role of Pakistan before and after the attacks.[1] 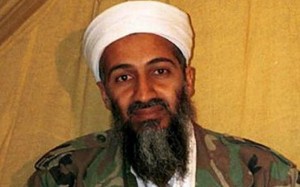 One of the recently released State Department documents, from March 2000, notes that a proposed “gas pipeline from Turkmenistan through Afghanistan to Multan, Pakistan figured prominently in discussions” about the mutual goal between the U.S. and regional players of stabilizing Afghanistan. Discussions on another proposed pipeline from Iran to India via Pakistan had also been proposed that were “more advanced”, and the Pakistanis had gone to Tehran to meet with Iranian officials “to pursue these negotiations”. But neither “pipeline is likely to go forward in the mid-term”, the documented concluded.

A Pakistani official told the U.S. that “Pakistan ‘will always support the Taliban'”. This “policy cannot change, he continued; it would prompt rebellion across the Northwest Frontier Provinces, the Federally Administered Tribal Areas, and indeed on both sides of the Pashtun-dominated Pak-Afghan border.” But the Taliban were “‘looking for a way out’ of the problem with bin Laden”. The U.S. was urged to “find a way to compromise with the Taliban”, and possible “ways that the U.S. and the Taliban might use to break the impasse” were suggested, including “the possibility of a trial in a third (Muslim) country”, “U.S. assurances that bin Laden would not face the death penalty”, and “a U.S. outline of what the Taliban would gain from extradition of bin Laden”.[2]

It is already known that the U.S. had demanded in secret discussions with the Taliban that bin Laden be handed over for more than three years prior to the terrorist attacks of September 11, 2001. The talks continued “until just days before” the attacks, according to a Washington Post report the month following the attacks. But a compromise solution such as the above that would offer the Taliban a face-saving way out of the impasse was never seriously considered. Instead, “State Department officials refused to soften their demand that bin Laden face trial in the U.S. justice system.”

Officials described the U.S. decision to reject Taliban offers as a missed opportunity. Former CIA station chief Milt Bearden told the Post, “We never heard what they were trying to say…. We had no common language. Ours was, ‘Give up bin Laden.’ They were saying, ‘Do something to help us give him up.'” Bearden added, “I have no doubts they wanted to get rid of him. He was a pain in the neck,” but this “never clicked” with U.S. officials.

Michael Malinowski, a State Department official involved in the talks, acknowledged, “I would say, ‘Hey, give up bin Laden,’ and they would say, ‘No…. Show us the evidence'”, a request U.S. officials deemed unreasonable.[3]

According to the BBC, the Taliban later even warned the U.S. that bin Laden was going to launch an attack on American soil. Former Taliban foreign minister Wakil Ahmad Muttawakil said his warnings, issued because of concerns that the U.S. would react by waging war against Afghanistan, had been ignored. A U.S. official did not deny that such warnings were issued, but told BBC rather that it was dismissed because “We were hearing a lot of that kind of stuff”.[4]

Indeed, underscoring Muttawakil’s stated reasons for having delivered the threat warning to the U.S., a State Department document from June 2001 obtained by INTELWIRE.com[5] showed that the U.S. had warned the Taliban “that they will be held directly responsible for any loss of life that occurs from terrorist actions related to terrorists who have trained in Afghanistan or use Afghanistan as a base of planning operations.”[6] The Taliban ambassador to Pakistan Abdul Salam Zaeef responded that “the Taliban do not see Americans as their enemies and that there are no threats to Americans coming from the Taliban. Nontheless, said Zaeef, ‘We will do our best to follow up and stop’ any threat.” With regard to bin Laden, “Zaeef emphasized that the Taliban’s relationship with UBL [Usama/Osama bin Laden] and others is based not on enmity against the United States, but on ‘culture.'”[7]

Rejecting the Taliban offers to have bin Laden handed over, the U.S. instead pursued a policy of regime change well prior to the 9/11 attacks. Jane’s Information Group reported in March 2001 that “India is believed to have joined Russia, the USA and Iran in a concerted front against Afghanistan’s Taliban regime”, which included support for Afghanistan’s Northern Alliance, including “information and logistic support” from Washington.[8] Former Pakistani Foreign Secretary Niaz Naik told the BBC that he had been told by senior U.S. officials in July 2001 at a U.N.-sponsored summit in Berlin that military action would be taken against the Taliban by the middle of October. Preparations had already been coordinated with Tajikistan, Uzbekistan, and Russia. Naik also “said it was doubtful that Washington would drop its plan even if Bin Laden were to be surrendered immediately by the Taleban.”[9]

A newly released document dated August 30, 2001 shows that Pakistan was continuing to urge the U.S. “to maintain open channels to the Taliban.” Pakistani officials denied that their support for the Taliban included military assistance. When asked “why Pakistan supports the Taliban”, an official replied, “We don’t support but inter-act with the Taliban”. Pressed further on why Pakistan continued “to give the Taliban international diplomatic support and to press the USG [United States Government] to engage with the Taliban?” the Pakistanis “reiterated that the Taliban are the effective rulers of at least 90 percent of Afghanistan, that they enjoy significant popular support because they ended the banditry and anarchy that once bedeviled the country, and that the instant success of the opium poppy production ban underscored … the reality and effectiveness of Taliban authority.” If it wasn’t for “external support” for the Northern Alliance, it “would collapse in a matter of days.”[10]

Another newly disclosed document shows that two days after the 9/11 attacks Pakistan President Pervez Musharraf was told “bluntly” that “There was no inclination in Washington to engage in a dialog with the Taliban.” The U.S. was already prepared for military action and “believed strongly that the Taliban are harboring the terrorists responsible for the September 11 attacks.” The U.S. was “fairly sure” that bin Laden “and his Al Qida network of terrorists” were guilty.[11]

The following day, Deputy Secretary of State Richard Armitage issued an ultimatum to Pakistani Inter-Services Intelligence (ISI) chief Lt. Gen. Mahmud Ahmed that Pakistan’s cooperation was expected “should the evidence strongly implicate Usama bin-Laden and the Al Qaida network in Afghanistan and should Afghanistan and the Taliban continue to harbor him and this network”.[12]

Mahmud conveyed the message to Taliban leader Mullah Omar, and reported back to Armitage that “the ‘response was not negative on all these points’.” The Taliban was to convene a grand council to discuss the U.S.’s terms. Mahmud said he had “framed the decision to Mullah Omar and the other Afghans as essentially choosing between one man and his safe haven versus the well-being of 25 million citizens of Afghanistan” and that they were “now engaged in ‘deep introspection’ about their decisions.”[13]

The BBC reported on the Pakistani talks with the Taliban, noting that the Taliban were “demanding proof of his involvement in the terror attacks on the US” before they would consider handing over Osama bin Laden, who issued a statement saying, “The US is pointing the finger at me but I categorically state that I have not done this”.[14] CNN similarly reported that the Taliban was “refusing to hand over bin Laden without proof or evidence that he was involved” in the 9/11 attacks. Ambassador Abdul Salam Zaeef said “that deporting him without proof would amount to an ‘insult to Islam.'” But, he added, “We are ready to cooperate if we are shown evidence.” U.S. officials said evidence gathered linking bin Laden to other terrorist attacks were all the proof that was needed, but declined to provide evidence of his involvement in the 9/11 attacks.[15]