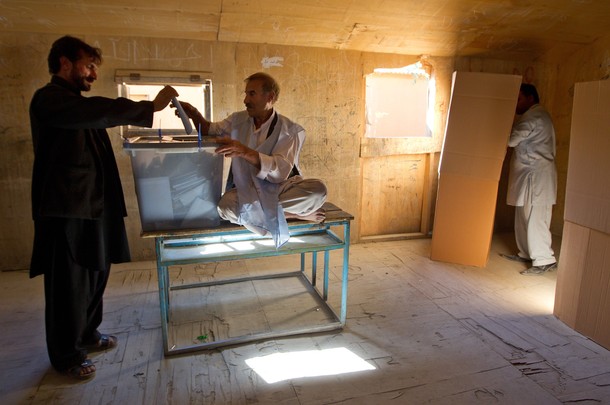 What: At least 14 people were killed in terror attacks as Afghanistan held its parliamentary elections. Observers received thousands of complaints of ballot-stuffing, repeat voting, vote-buying and other fraudulent methods to rig the results. A turnout of only 40% was reported with voting canceled  in at least 20% of the polling centers due to security fears. Reports said almost a million fewer votes were cast this year than in a presidential poll last year.

Where: The voting took place across the country with the highest voter turnout witnessed in Kabul.

When: The polling started at 8 am and ended at 4 pm local time on Saturday, 19 September.

Why: Western observers admit the majority of Afghans are disillusioned and disengaged with the process due to the worsening of security situation and corruption in Karzai’s administration. Insurgent activity is at an all-time high and has spread to regions that were previously untouched.  The latest financial scandal involving Afghanistan’s largest commercial bank run by Hamid Karzai’s brother has rocked the credibility of his administration as well as his international backers.