Kushner as a Colonial Administrator: Let’s Talk About the ‘Israeli Model’ 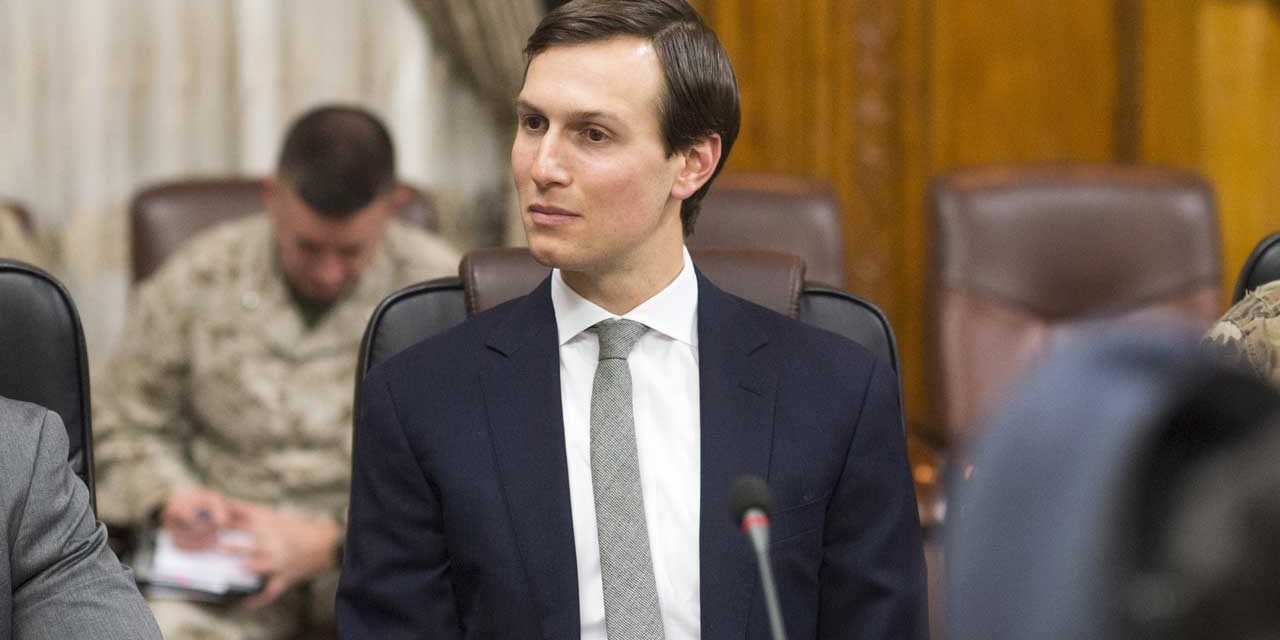 Jared Kushner (US Department of Defense/CC BY 2.0)

Palestinians need not be lectured on how to meet Israeli and American expectations, nor should they ever aspire to imitate the undemocratic Israeli model.

In a TV interview on June 2, on the news docuseries “Axios” on the HBO channel, Jared Kushner opened up regarding many issues, in which his ‘Deal of the Century’ was a prime focus.

The major revelation made by Kushner, President Donald Trump’s adviser and son-in-law, was least surprising. Kushner believes that Palestinians are not capable of governing themselves.

Not surprising, because Kushner thinks he is capable of arranging the future of the Palestinian people without the inclusion of the Palestinian leadership. He has been pushing his so-called ‘Deal of the Century’ relentlessly, while including in his various meets and conferences countries such as Poland, Brazil and Croatia, but not Palestine.

Indeed, this is what transpired at the Warsaw conference on ‘peace and security’ in the Middle East. The same charade, also led by Kushner, is expected to be rebooted in Bahrain on June 25.

Much has been said about the subtle racism in Kushner’s words, reeking with the stench of old colonial discourses where the natives were seen as lesser, incapable of rational thinking beings who needed the civilized ‘whites’ of the western hemisphere to help them cope with their backwardness and inherent incompetence.

Kushner, whose credentials are merely based on his familial connections to Trump and family friendship with Israeli Prime Minister, Benjamin Netanyahu, is now poised to be the colonial administrator of old, making and enforcing the law while the hapless natives have no other option but to either accommodate or receive their due punishment.

This is not an exaggeration. In fact, according to leaked information concerning Kushner’s ‘Deal of the Century,’ and published in the Israeli daily newspaper, ‘Israel Hayom’, if Palestinian groups refuse to accept the US-Israeli diktats, “the US will cancel all financial support to the Palestinians and ensure that no country transfers funds to them.”

In the HBO interview, Kushner offered the Palestinians a lifeline. They could be considered capable of governing themselves should they manage to achieve the following: “a fair judicial system … freedom of the press, freedom of expression, tolerance for all religions.”

The fact that Palestine is an occupied country, subject in every possible way to Israel’s military law, and that Israel has never been held accountable for its 52-year occupation seems to be of no relevance whatsoever, as far as Kushner is concerned.

On the contrary, the subtext in all of what Kushner has said in the interview is that Israel is the antithesis to the unquestionable Palestinian failure. Unlike Palestine, Israel needs to do little to demonstrate its ability to be a worthy peace partner.

While the term ‘US bias towards Israel’ is as old as the state of Israel itself, what is hardly discussed is the specific of that bias, the decidedly condescending, patronizing and, often, racist view that US political classes have of Palestinians—and all Arabs and Muslims, for that matter; and the utter infatuation with Israel, which is often cited as a model for democracy, judicial transparency and successful ‘anti-terror’ tactics.

According to Kushner a ‘fair judicial system’ is a conditio sine qua non to determine a country’s ability to govern itself. But is Israeli judicial system “fair” and “democratic”?

Israel does not have a single judicial system, but two. This duality has, in fact, defined Israeli courts from the very inception of Israel in 1948. This de facto apartheid system openly differentiates between Jews and Arabs, a fact that is true in both civil and criminal law.

“Criminal law is applied separately and unequally in the West Bank, based on nationality alone (Israeli versus Palestinian), inventively weaving its way around the contours of international law in order to preserve and develop its ‘(illegal Jewish) settlement enterprise’,” Israeli scholar, Emily Omer-Man, explained in her essay ‘Separate and Unequal’.

This unfairness is constituent of a massively unjust judicial apparatus that has defined the Israeli legal system from the onset. Take the measure of administrative detention as an example. Palestinians can be held without trial and without any stated legal justification. Tens of thousands of Palestinians have been subjected to this undemocratic ‘law’ and hundreds of them are currently held in Israeli jails.

It is ironic that Kushner raised the issue of freedom of the press, in particular, as Israel is being derided for its dismal record in that regard. Israel has reportedly committed 811 violations against Palestinian journalists since the start of the ‘March of Return’ in Gaza in March 2018. Two journalists—Yaser Murtaja and Ahmed Abu Hussein—were killed and 155 were wounded by Israeli snipers.

Like the imbalanced Israeli judicial system, targeting the press is also a part of a protracted pattern. According to a press release issued by the Palestinian Journalists Union last May, Israel has killed 102 Palestinian journalists since 1972.

The fact that Palestinian intellectuals, poets and activists have been imprisoned for Facebook and other social media posts should tell us volumes about the limits of Israel’s freedom of press and expression.

It is also worth mentioning that in June 2018, the Israeli Knesset voted for a bill that prohibits the filming of Israeli soldiers as a way to mask their crimes and shelter them from any future legal accountability.

As for freedom of religion, despite its many shortcomings, the Palestinian Authority hardly discriminates against religious minorities. The same cannot be said about Israel.

Although discrimination against non-Jews in Israel has been the raison d’être of the very idea of Israel, the Nation-State Law of July 2018 further cemented the superiority of the Jews and inferior status of everyone else.

Palestinians do not need to be lectured on how to meet Israeli and American expectations, nor should they ever aspire to imitate the undemocratic Israeli model. What they urgently need, instead, is international solidarity to help them win the fight against Israeli occupation, racism and apartheid.

This article was originally published at RamzyBaroud.net on June 12, 2019.