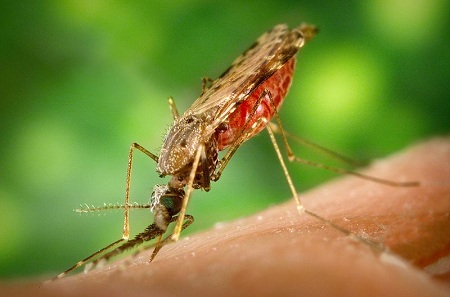 When it comes to the new malaria vaccine developed by  Glaxo, Smith and Kline (GSK) now being tested on infants in the east African country of Tanzania I will let the words of an industry insider tell it best:

There is not much profit to be made by big pharma from a highly effective malaria vaccine of practical use for African sufferers…. [T]hey are fiendishly clever at exploiting any and all opportunities to reap big benefits.

The poorly performing malaria vaccine RTS,S, created by GSK with a healthy infusion of funds from the Gates Foundation, is being tested in Phase III trials in Africa now. Including many thousands of African infants.

GSK will not profit from RTS,S. However, RTS,S is injected along with a new GSK adjuvant called AS01.

GSK will make vast sums from the new adjuvant, the testing of which is being piggybacked on their altruistic malaria vaccine (which, incidentally, is virtually entirely ineffective without AS01).

Interestingly, RTS,S (or should I say, AS01) testing in African infants began before AS01 trials in children were permitted in the United States.

GSK physician-scientists also held positions of significance in the Gates Foundation…conflict-of-interest issues notwithstanding.

So the Gate$ Foundation is giving Big Buck$ ($400 million and counting) to Big Drug$/G$K to develop a vaccine against Africa’s number one killer, malaria.

The new not-for-profit malaria vaccine is “virtually entirely ineffective” without another medicine, whose patent is owned by G$K, resulting in $billions of African blood money filling the coffers of Big Drug$, once again.

Never mind Big Drug$/G$K had its reps at the Gate$ Foundation and Big Buck$ in the form of tax deductible grants are being shelled out to Big Drug$/G$K.

The really nasty thing about all this is the fact that, once again, Big Drug$ tests new drugs on African babies before any such permission is granted to do so on American babies.

The question that remains unanswered is does Bill Gates multibillion dollar investment portfolio include investments in GSK? All the investment portfolio advisers I asked about this seem to think he does. Energy and Pharmaceuticals are the two most profitable industries in the world and GSK is one of the most profitable drug companies. Only Bill Gates and his investment advisors really know, but common sense indicates that when it comes to malaria, Bill Gate$, Big Drug$ and Big Buck$ is what is in the driver’s seat.

And all the while one African country, Eritrea, has reduced malaria mortality by 80% over the last decade, a fact unknown to the supposedly altruistic, or more aptly, incestuous, vaccine industry.