Will Iran Be Attacked? 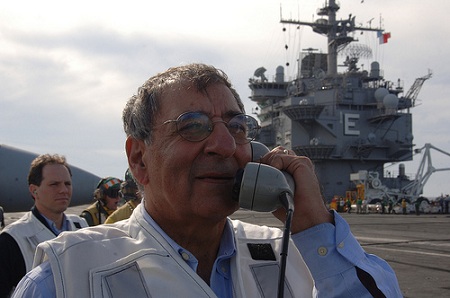 Washington has made tremendous preparations for a military assault on Iran. There is speculation that Washington has called off its two longest running wars—Iraq and Afghanistan—in order to deploy forces against Iran. Two of Washington’s fleets have been assigned to the Persian Gulf along with NATO warships. Missiles have been spread amongst Washington’s Oil Emirate and Middle Eastern puppet states. US troops have been deployed in Israel and Kuwait. 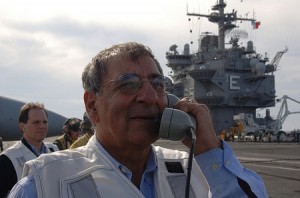 Washington has presented Israel a gift from the hard-pressed American taxpayers of an expensive missile defense system, money spent for Israel when millions of unassisted Americans have lost their homes. As no one expects Iran to attack Israel, except in retaliation for an Israeli attack on Iran, the purpose of the missile defense system is to protect Israel from an Iranian response to Israeli aggression against Iran.

In addition to the massive military preparations, there is the propaganda war against Iran that has been ongoing since 1979, when Washington’s puppet, the Shah of Iran, was overthrown by the Iranian revolution. Iran is surrounded, but Washington and Israeli propaganda portray Iran as a threatening aggressor nation. In fact, the aggressors are the Washington and Tel Aviv governments which constantly threaten Iran with military attack.

Neocon warmongers, such as David Goldman, compare the Iranian president to Hitler and declare that only war can stop him.

Washington’s top military officials have created the impression that an act of Israeli aggression against Iran is a done deal.  On February 2, the Washington Post reported that Pentagon chief Leon Panetta believes that Israel is likely to attack Iran in two to four months.

Also on February 2, Gareth Porter reported that General Martin Dempsey, Chairman of the U.S. Joint Chiefs of Staff, informed the Israeli government that the US would not join Israel’s aggression against Iran unless Washington had given prior approval for the attack.

Porter interprets Dempsey’s warning as a strong move by President Obama to deter an attack that would involve Washington in a regional conflagration with Iran. A different way to read Dempsey’s warning is that Obama wants to hold off on attacking Iran until polls show him losing the presidential election. It has generally been the case that the patriotic electorate does not turn out a president who is at war.

On February 5, President Obama canceled Dempsey’s warning to Israel when Obama declared that he was in “lockstep” with the Israeli government. Obama is in lockstep with Israel despite the fact that Obama told NBC that “we don’t see any evidence that they [Iran] have those intentions [attacks on the U.S.] or capabilities.” By being in lockstep with Israel and simultaneously calling for a “diplomatic solution,” Obama appeased both the Israel Lobby and Democratic peace groups, thus upping his vote.

As I wrote previously, this spring is a prime time for attacking Iran, because there is a good chance that Russia will be in turmoil because of its March election. The Russian opposition to Putin is financed by Washington and encouraged by Washington’s statements, especially those of Secretary of State Hillary Clinton. Whether Putin wins or there is an indecisive result and a run-off election, Washington’s money will put tens of thousands of Russians into the streets, just as Washington’s money created the “Green Revolution” in Iran to protest the presidential elections there.

On February 4, the former left-wing British newspaper, The Guardian, reported a pre-election protest by 120,000 anti-Putin demonstrators marching in Moscow and demanding “fair elections.”  In other words, Washington already has its minions declaring that a win by Putin in March can only signify a stolen election. The problem for Obama is that this spring is too early to tell whether his re-election is threatened by a Republican candidate. Going to war prematurely, especially if the result is a stiff rise in oil prices, is not an aid to re-election.

The willingness of peoples around the world to be Washington’s puppets instead of loyal citizens of their own countries is why the West has been able to dominate the world during the modern era. There seems to be an infinite supply of foreign leaders who prefer Washington’s money and favor to loyalty to their own country’s interests.

As Karl Marx said, money turns everything into a commodity that can be bought and sold.  All other values are defeated—honor, integrity, truth, justice, loyalty, even blood kin. Nothing remains but filthy lucre. Money certainly turned U.K. Prime Minister Tony Blair into a political commodity.

The power of money was brought home to me many years ago.  My Ph.D. dissertation chairman found himself in the Nixon administration as Assistant Secretary of Defense for International Security affairs. He asked if I would go to Vietnam to administer the aid programs. I was flattered that he thought I had the strength of character to stand up to the corruption that usually defeats the purpose of aid programs, but I declined the assignment.

The conversation was one I will never forget. Warren Nutter was an intelligent person of integrity. He thought, regardless of whether the war was necessary, that we had been led into it by deception. He thought democracy could not live with deception, and he objected to government officials who were not honest with the American people. Nutter’s position was that a democratic government had to rely on persuasion, not on trickery. Otherwise, the outcomes were not democratic.

As Nutter saw it, we were in a war, and we had involved the South Vietnamese.  Therefore, we had obligations to them.  If we proved to be feckless, the consequence would be to undermine commitments we had made to other countries in our effort to contain the Soviet Empire. The Soviet Union, unlike the “terrorist threat” had the potential of being a real threat. People who have come of age after the collapse of the Soviet Union don’t understand the cold war era.

In the course of the conversation I asked how Washington got so many other governments to do its bidding.  He answered, “Money.”

I asked, “You mean foreign aid?”

He didn’t approve of it, but there was nothing he could do about it.

Purchasing the leadership of their enemies or of potential threats was the Roman way. Timothy H. Parsons in his book, The Rule of Empires, describes the Romans as “deft practitioners of soft power.”  Rome preferred to rule the conquered and the potentially hostile through “semiautonomous client kings which the Senate euphemistically termed ‘friends of the Roman people.’ Romans helped cooperative monarchs remain in power with direct payments of coins and material goods. Acceptance of these subsidies signified that an ally deferred to imperial authority, and the Romans interpreted any defiance of their will as an overt revolt. They also intervened freely in local succession disputes to replace unsuitable clients.”

This is the way Washington rules. Washington’s way of ruling other countries is why there is no “Egyptian Spring,” but a military dictatorship as a replacement for Washington’s discarded puppet Hosni Mubarak, and why European puppet states are fighting Washington’s wars of hegemony in the Middle East, North Africa and Central Asia.

Washington’s National Endowment for Democracy funds non-governmental organizations (NGOs) that interfere in the internal affairs of other countries. It is through the operations of NGOs that Washington added the former Soviet Republic of Georgia to Washington’s empire, along with the Baltic States, and Eastern European countries.

Because of the hostility of many Russians to their Soviet past, Russia is vulnerable to Washington’s machinations.

As long as the dollar rules, Washington’s power will rule.

As Rome debased its silver denarius into lead, Rome’s power to purchase compliance faded away. If “Helicopter Ben” Bernanke inflates away the purchasing power of the dollar, Washington’s power will melt away also.