Globalization and Terrorism in Nigeria 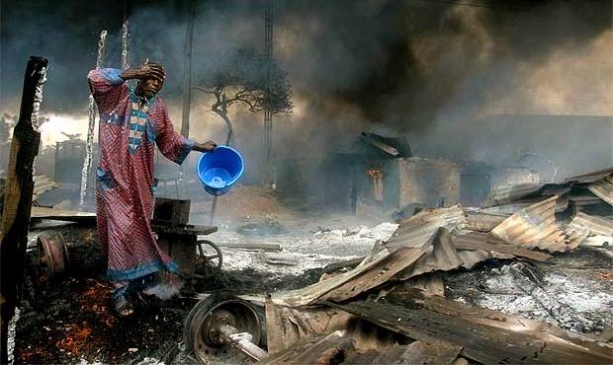 Globalization and terrorism are two concepts that are intertwined. Although, globalization has resulted in development in every strata of our society—economic, political, technological, and socio-cultural it has been argued that globalization begets terrorism. In other words, terrorism and other related violent activities are consequences of globalization. Cronin asserted that “The current wave of international terrorism, characterized by unpredictable and unprecedented threats from non-state actors not only is a reaction to globalization but is facilitated by it.”[1] Also Rourke was of the view that the gap between the rich countries and poor countries have expanded over the last 20 years owing to the effects of globalization,[2] thereby fuelling animosities and violence among the poor, marginalized countries located in the Third World, against the Western pioneers of globalization and its antecedent characteristics, expressed in economic and political terms. “Whether deliberately intending to or not, the United States (and her Western counterparts) are projecting uncoordinated economic, social, and political power even more sweepingly than it is in military terms.”[3] Cronin thus concluded thatthis results in aggression  in the form of terrorism in the Third World against the pioneers of these policies that disarticulates their economy and leaves them with  nothing.[4] One of the root causes of terrorism in the Third World, it cannot be dichotomized from poverty, which is an end-product of the evil effects of globalization facilitated by the Bretton Woods institutions, such as the International Monetary Fund (IMF), World Bank, and the World Trade Organization (WTO), which are largely controlled by the Western industrialized capitalist states. The economic policies emanating from these institutions have helped to maul the economies of the Third World countries, especially in Africa, and ensured perpetual domination. The effects of these policies, such as the structural adjustment programs, have resulted into extreme poverty of the people and cursing hatred towards their governments, which dance around these institutions. Thus, the expression of hatred through violent attacks on government institutions, both foreign and local. In the words of the Paul Martin, Canadian Minister of Commerce, after the September 11, 2001 terrorist attacks on the United States:

For the terrorist, however, the aims of their criminal act was not only the destruction of life—they were seeking to destroy our way of life. The terrorist did not choose their target randomly. New York’s World Trade Center stood at the heart of the international financial district. It was a symbol of accomplishment and confidence. It was targeted for that reason. The terrorist sought to cripple economic activity, to paralyze financial relations, to create new barriers between economics, countries and people.[5]

Karascasulu stated that, “today global terror is a giant problem for all humanity. September 11, gave a message that target was the main leader of globalization, the United States. World Trade Center as one target in the United States symbolized economic dimension while the Pentagon symbolizes political and military dimension.”[6]

Like other countries in the Third World, Nigeria has had its fair share of the evil effects of globalization, which have resulted in terrorist activities and have also aided it. The various policies of governments that were sold to them by the IMF and World Bank in the 1980s led to untold economic hardships on the citizens, which prompted various groups to react violently against these policies. This period set the stage for terrorist violence in Nigeria, from the militants in the Niger Delta, who adopted terrorist tactics to fight the government, whom they believe are agents of foreign capital, to the Boko Haram followers, who were frustrated by poverty and unemployment, tore their university and college certificates, and destroyed the institutions of government they believed were the cause of their plight. However, all this begs these questions: What is the relationship between globalization and terrorism in Nigeria? Is terrorism in Nigeria a consequence of globalization? Have terrorists in Nigeria been exploiting the tools of globalization to wreak havoc on the populace?

This paper seeks to examine whether terrorism is a consequence of globalization in Nigeria and how terrorists in Nigeria have exploited the instruments of globalization to destroy the institution and forces responsible for it in Nigeria. However, it is expedient that these two concepts be thoroughly discussed.

One of the proponents of the realist school of thought is the United States Government. Title 22 United States Code (USC) Section 2656 (f)) provides a definition of terrorism by the United States. According Title 22, “terrorism is defined as premeditated, politically motivated violence perpetuated against non combatant targets by sub national or clandestine agents usually intended to influence an audience.”[7] The US State Department defines a terrorist group as “any group practicing, or that has significant sub groups that practice international terrorism.”[8] Wiotti and Kauppi defined terrorism as “a politically motivated violence, aimed at achieving a demoralizing effects on publics and government.”[9] Wilkinson defines terrorism as “a systematic use of coercive intimidation usually to serve political ends. It is used to create and exploit a climate of fear among a wider target group than the immediate victims of the violence and to publicize a cause as well as to coerce a target into assenting to aims”[10] Cronin conceives of terrorism as “the threat or use of seemingly random violence against innocents for political ends by a non state actor.”[11]

The essential features of the definitions of terrorism as posited by the realist scholars is that they place emphasis on non-state actors, such as clandestine groups perpetuating violence on the public and having political objectives. More so, these definitions shield state actors. This therefore raises two questions: is a lone attacker or bomber a terrorist? What political objectives does a lone attacker or bomber have? For instance, the Unabomber, a name given by the Federal Bureau of Investigations (FBI) to an elusive perpetrator of a series of bombings between 1975-1995 that killed three and wounded many people. More so, what are his objectives? An individual terrorist can be motivated by personal reasons, such as unfair dismissal from work place, divorce, death of loved ones, frustration, depression, unstable homes or insecurity at home, or, as has been suggested by Lee and Pearl, financial motivation.[12]

The idealists on the other hand, view every act, legitimate or not, that breeds an atmosphere of fear, destruction of lives and properties as terrorism. Among the proponents of this school of thought are Spiegal and Wheling, They define terrorism as “violence across international boundaries intended to coerce a target group into meeting political demands”.[13] The African Union defines terrorism as “any act which is a violation of the criminal laws of a state party and which may endanger the life, physical integrity or freedom of, or cause serious injury or death to any person, any member or group of persons or causes or may cause damage to public or private property, natural resources, environmental or cultural heritage.”[14] The Nigerian government has very recently provided a definition for terrorism.  They define a terrorist as “anyone who  [is] involved or who causes an attack upon a person’s life which may cause serious bodily harm or death; kidnapping of a person; destruction to a government or public facility, transport system, an infrastructural facility including an information system, a fixed platform located on the intercontinental shelf, public place or private property likely to endanger human life or result in major economic loss.”[15]

Proponents of this school further argue that “the consequences of an action are what matters and not the intent. Collateral or unintended damage to civilians from an attack is the same as a terrorist bomb directed deliberately at the civilian target with the intent of creating that damage”[16]

This is the reason why it has been said that “one man’s terrorist is another man’s freedom fighter”. This school of thought adopts a moralistic and pacifist view point in their conception of terrorism. However, one question raised here about the definition of terrorism from this viewpoint is its emphasis on violence perpetuated outside the country. What about terrorism perpetuated against citizens within the boundary of the state?

However, irrespective of these schools of thought as regards the definition of the concept of terrorism, the United Nations, which is a platform where various countries meet, have not reached a consensus on the definition of concept. This is based on the fact that some countries, especially in the Middle East, are careful not to subscribe to any definition of terrorism that opposes a legitimate fight for freedom from foreign occupation. However, despite this obstacle, the UN has loosely agreed that terrorism violates certain principles on which the institution is established. The UN Policy Working Group on Terrorism enumerated these principles, which include “assault on the principles of law or order, human rights and peaceful settlement of disputes.” [17] For the purpose of this discussion, terrorism may be defined as violent attack by faceless groups, individuals, or the state in order to push forward their political, primordial, and personal objectives. This definition incorporates both the realist and idealist conception of terrorism. It takes into consideration all groups, individuals, and states and looks at the factors that engenders terrorism, such as political reasons, which may come in form of liberation from foreign occupation, one country trying to influence the decisions or policies of another country, or trying to force its policies on its own citizens, through coercive means; primordial reasons such as age long acrimony between two groups, especially religious groups; personal reasons, such as loss of job, marginalization, frustration and depression, instability or lack of security in the family; or financial reasons due to excessive poverty and trying enrich oneself. This definition illuminates the concept of terrorism. 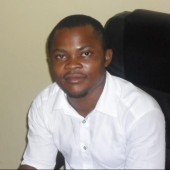