Prosecutors Back Off From Their ‘Iron-Clad’ Case Against Strauss-Kahn 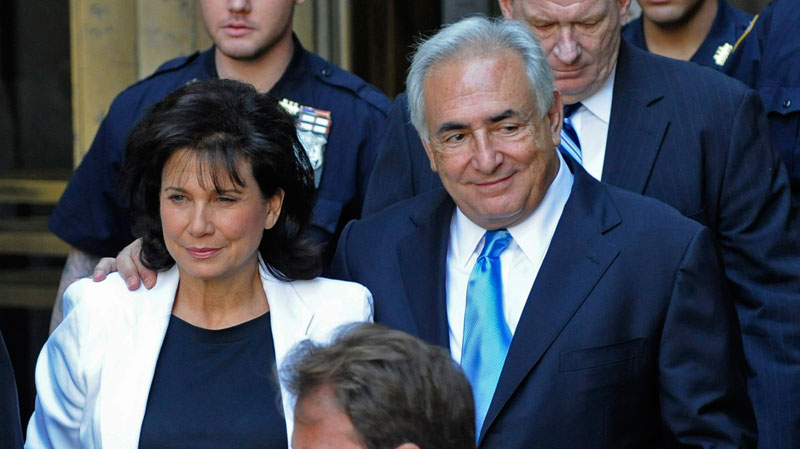 The New York prosecutor has had to tell the judge that the police and prosecutors have lost confidence in their sexual assault case against former IMF chief Dominique Strauss-Kahn. The judge has released DSK from house arrest and returned his bail and bond money.

The prosecutors say that the immigrant hotel maid lied to the police about the incident and about other things, and the police have revealed that the “victim” discussed with an imprisoned man the possibility of turning the case into extortion. According to the New York Times, the maid’s jailed confidant was among a number of people who had made multiple cash deposits totaling $100,000 to the maid’s bank account.  The police now suspect that the maid has connections to illegal drugs and money laundering. 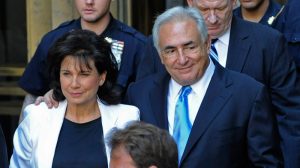 The prosecutor says that he will continue to investigate the case.  What that means is that the prosecutor, a politically ambitious Cy Vance, is going for a misdemeanor plea from DSK to save the prosecutor’s face from injudiciously being drawn into an extortion/reputation-destroying plot against the man who French polls indicated was the public’s favorite in the upcoming French presidential election, in which President Sarkozy, Washington’s puppet, is seeking reelection. The prosecutor is sending DSK’s legal team the message that the case is being kept open and could be reinstated unless DSK’s attorneys secure DSK’s permission to negotiate a deal on a minor charge, which essentially has no punishment, but saves the faces of the NY prosecutor and police.

We will probably never know whether the maid thought the scheme up on her own or whether it came from Sarkozy’s operatives and their US allies. One indication that DSK’s political enemies are implicated is the fact, made public by the French press, that Sarkozy’s political team in France knew about DSK’s arrest before the N.Y. police announced it.  This fact did not stop the N.Y. prosecutor and police from painting DSK as guilty in numerous public statements and in unethical if not illegal leaks to reporters.

When police and prosecutors convict a suspect in the media before he is even charged, it typically means that there is no evidence against him and that demonization is serving as the substitute. Conviction is what is important to the system, not a determination of innocence or guilt.

On numerous Internet sites, I pointed out the problems with the case against DSK.  For informing people of the obvious, I was denounced by the right-wing and the left-wing.

The right-wing gave me the finger for doubting the word and integrity of police and prosecutor.  Didn’t I know that these are the honorable guardians who protect the public from crime?  How dare I question anything the police and prosecutor did or do. What was I, some kind of pinko-liberal-commie?

The feminist left denounced me as a misogynist. Only a woman-hater could take the side of a rapist against his victim.

It is all so tiresome to endure the stupidity of people.  Little wonder they are losing their liberty, their jobs and incomes, and their country and self-respect.

With DSK’s reputation in tatters and DSK knocked out of the French presidential election and removed from the IMF, where he was beginning to raise questions about the establishment’s use of the IMF to bail out rich bankers on the backs of poor peasants, the “justice system” has done its work.  It is now safer for the authorities to release him than to risk a trial. The shrill bleating of the maid’s legal team signifies their agony at having lost their share of the hoped-to-be extorted millions now that a monetary settlement would clearly indicate obstruction of justice and prison for them all.

Those few who actually care about justice, not only for DSK and everyman, but also for the Greek, Spanish, Irish, and Portuguese people, can find comfort in the fact that apparently DSK had come to New York in order to speak with Nobel economist Joe Stiglitz about a more humane and democratic way to resolve the sovereign debt crisis in Europe than the one imposed by the private creditor banks.

Obviously, anyone who would consult with Stiglitz is perceived by the rich and powerful as a threat to their interest.

However, this obvious fact has made no impression on the left-wing, which has issued its shrill cries that, once again, the money of the rich and powerful has prevailed over law and justice.