In America Propaganda Has Vanquished Truth 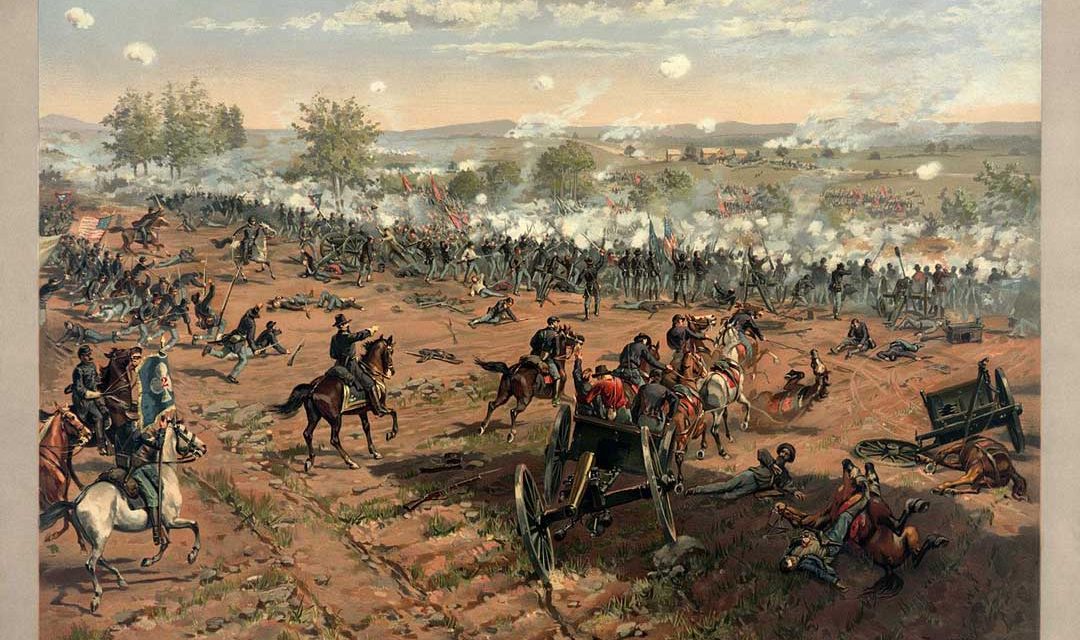 The legend of the Civil War Americans are indoctrinated with has no relationship with the historical reality, starting with the fact it wasn’t a civil war.

In Durham, North Carolina, the seat of Duke University, a gang of largely white males destroyed public property by pulling down a statue of a Confederate soldier. Perhaps they took their cue from the neo-Nazis installed in Ukraine by Obama and Hillary following the US-engineered coup that overthrew the elected democratic government. The first thing the new Obama-installed neo-Nazi regime did was to pull down all the Soviet war memorials of the liberation of Ukraine from Nazi Germany. The neo-Nazis who pulled down the war memorials were the descendants of the Ukrainians who fought for Nazi Germany. These neo-Nazis comprise the government of the “democracy” that Obama and Hillary brought to the Ukraine and is the government that the US government and its European vassals support.

What did the destruction of public property in Durham achieve, and where were the police?

What the films of the event reveal is a collection of crazed white people, mainly white men, kicking and spitting at a bronze statue and jumping back as if the statue were going to strike back. It was a display of ignorant psychopathic hatred.

Where did this hatred come from and why was it directed at a statue? To the ignorant gangsters, most likely Duke University students, the destroyed statue is a symbol of slavery.

This ignorant association between a Confederate soldier and slavery contradicts all known history. Slavery in the Southern states was confined to large agricultural tracts known as plantations. Slaves were the agricultural workforce. This institution long predated the Confederacy and the United States itself. It was an inherited institution from the time that the New World was colonized by European economic interests. Slaves were not a Southern invention. They were brought in long prior to the Declaration of Independence, because there were resources to be exploited but no work force.

The first slaves were white slaves, but they died like flies from malaria and yellow fever. Next indigenous Americans (“Indians”) were used as slaves, but they would not work. Then it was discovered that some Africans had immunity to malaria and resistance to yellow fever, and finally a work force was located. The slaves were purchased from the African tribes that annually conducted warfare between themselves, the booty of which was slaves. Socialist historians, such as Karl Polanyi, the Jewish brother of my Jewish Oxford professor, the distinguished physical chemist and philosopher Michael Polanyi, to whom my first book is dedicated, wrote detailed and exacting histories of the African slave trade conducted by black Africans.

Confederate soldiers did not own slaves, and as every honest historian knows, they were not fighting for slavery. They were fighting because their country had been invaded.

Remember, when Robert E. Lee was offered command of the Union Army, he declined on the grounds that he could not bring war to his own country, by which he meant Virginia.

Lee’s army was the Army of Northern Virginia.

As President Lincoln said over and over, the war is not about slavery. It is about “preserving the union,” that is, the empire. If the South were permitted to separate, it would mean that there would be two countries competing for the vast lands to the west of the Mississippi River. The budding empire in Washington did not want any such competition.

If the South were permitted to separate, the North would lose its market for its relatively high priced manufactured goods that it hoped to sell to the South by placing a tariff against the cheaper British goods.

The South figured, correctly, that it would be doubly hit. Higher prices from the North and retaliatory tariffs from the British on its cotton exports.

This economic conflict between the North and South went on for a long time before it provoked secession. The left-wing American Historian, Charles Beard, explains the so-called “Civil War” in the economic terms that provoked it. It had nothing whatsoever to do with slavery.

Lincoln did not free the slaves. Moreover, had Lincoln not been assassinated, his plan was to send the blacks, whom he regarded as inferior to whites, back to Africa. This is not a “conspiracy theory.” It is the documented fact. It is totally impossible to refute this documented fact.

The Emancipation Proclamation was propaganda. It had two purposes: one was to shut up the abolitionists. The other was to promote a slave rebellion in the Southern states that would draw Confederate troops out of the front lines to protect the women and children at home. As Lincoln’s own Secretary of State, William H. Seward, said, we have freed the slaves where we have no jurisdiction and left them in slavery where we have jurisdiction. Seward’s exact words: “We show our sympathy with slavery by emancipating slaves where we cannot reach them and holding them in bondage where we can set them free.”

The left-wing historian Richard Hofstadter ridiculed Lincoln’s Emancipation Proclamation for freeing only the slaves over which Lincoln had no power.

Lincoln’s purpose was not to free slaves but to provoke the slave rape of Southern women and murder of Southern children that would pull the Southern troops his generals could not defeat off the front lines and impel them home to protect their families from Lincoln’s slave revolt.

But the slaves did not revolt even though there was no one there to control them but women and children. So what kind of oppression was this?

Lincoln issued the proclamation intended to produce a slave rebellion because he had run through countless generals, and although the Union army in its engagements with Robert E. Lee always outnumbered the Southerners by two or three to one, and sometimes more, the Army of Northern Virginia did not lose a battle for the first two years of the War. If the South had had more people, a number of Southern battle victories would have ended in the capture of Washington and the end of the war. But the South never had the number of soldiers sufficient to have a reserve to capitalize on its military victories. In contrast, the North had an endless supply of immigrants from Ireland, most of whom died for the American Empire.

Opposition to the war in the North was high. Lincoln had to arrest and imprison 300 northern newspaper owners and editors and exile a US Congressman.

Slavery was an inherited institution, not a Southern construct. Slavery would have gradually disappeared as immigrants into the South begin forming a work force and the over-cultivated plantation lands begin losing their fertility. Slavery existed as long as it did because new immigrants, instead of becoming a local work force, moved west, occupied Indian land and became independent farmers.

Of course, the abolitionists created all the hatred of the South that they possibly could. Indeed, during my entire life, lived almost exclusively outside the South, I have observed the liberals foment racial hatred of blacks toward whites, and I have watched feminists foment gender hatred of women toward men. Hatred is the great cause of the liberals. It is what defines them.

The stupid liberals have sowed social enmity between races and genders. The destruction of America will be the result.

Perhaps we will fall apart, occupied in racial and gender warfare, before the Russians and Chinese have to blow us off the face of the earth.

Tags: US History, US Politics