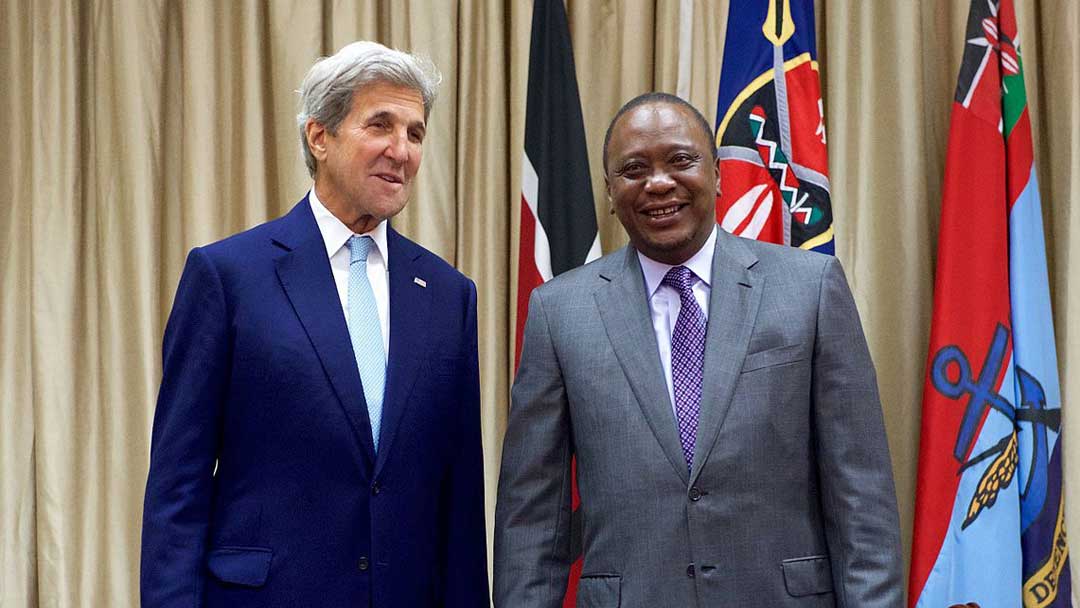 The country also waits with bated breath to hear the opposition’s course of action. The next five years will be very interesting for Kenya.

As a Kenyan, participating in elections always comes with a mixture of pride, anxiety and trepidation. The 2017 elections, like the ones I have witnessed since 1992, have come at high cost of human life for communities especially from Western Kenya that are perceived as sympathetic to the main opposition parties.

Just eight days to the 2017 election, Eric Msando, the acting director of information technology at the Independent Electoral and Boundaries Commission (IEBC) was tortured before his body was found dumped in a forest in the outskirts of Nairobi.

Msando was constantly on TV talking about progressive measures the Kenyan IEBC had put in place to ensure the electoral process was tamper proof. The brutal torture and the extensive damage to Msando’s hands was particularly worrying since Msando had repeatedly spoken about his fingerprints being the only way to access and make changes to the electoral biometric system, a complex system which was used to identify voters as well as results transmission.

The opposition, National Super Alliance (NASA) party and their supporters mourned Msando’s death through peaceful protests. The government on the other hand paid very pedestrian attention to the death with the president mentioning it only once in passing during his many campaign tours. Msando’s death appeared to be a message to the IEBC that the system and mostly the government of the day would stop at nothing to stay in power.

Another worrying death three weeks before Msando’s was that of General Nkaisserry—a rather robust army general. Though it was later declared that no foul play was involved, the country remained suspicious of the circumstances of his sudden demise. Mutahi Ngunyi, a political commentator in Kenya would later note that “no healthy minister of internal security dies of natural causes one month to national elections in Africa”.

While travelling from Nairobi to Kisumu the weekend before the national elections, the high tension around the elections was evident from the enthusiasm of youths who were stopping travelers in various bus stops around the country to confirm if they were registered voters. Those without “proper reasons” for travel to areas where they were not registered as voters were harassed and stopped from travelling.

The youth were likely responding to the euphoria and tension around the political climate in the best way they know how: harassing helpless commuters who were probably travelling to safe zones. This was a precursor of what was to come. The youth were getting militant. The police on the other hand were also getting very militant with a large deployment of paramilitary in Kisumu and western Kenya. The police in an effort to send a message, displayed body bags for all to see as they arrived in Kisumu and western Kenya.

There is a feeling that in most cases killer police are deployed to the opposition strongholds during elections. After the 2007-2008 post elections violence, one of the commissions investigating the violence (Waki commission) documented that at least a third of the 1,500 Post-election violence killings were carried out by police, and a vast majority of those in Luo(ethnic community for main opposition leader)-dominated areas.

On the eighth of August 2017, the country went to the polls. In both opposition and government friendly areas, long lines had begun forming from 4:00 a.m., two hours before the polling stations opened. The process was quick and efficient using a mixture of biometric technology to identify and transmit votes as well as a manual forms as back up. The manual forms were to be submitted alongside the collated results from the biometric systems on a public portal accessible to the media and citizens.

This system was better than the one in 2007 when disputed results led to post elections violence and consequently death of 1500 people and displacement of over five million people, rape maiming and injuries of many more.

It is worth noting that the country is yet to comprehensively settle and compensate all internally displaced people. The system delivered elections efficiently.

Two days after the elections, opposition disputed the results displayed by the IEBC in the public portal. They presented results collected from their agents countrywide and tallied at a parallel tallying center. The results showed that Raila Amollo Odinga, the opposition presidential candidate was the winner. NASA therefore demanded that Raila Amollo Odinga be declared the president.

The IEBC chairman asked for additional time to re-tally the results. At one point the IEBC also acknowledged the allegations by the opposition that the biometric system could have been hacked only to backtrack and say that attempts to hack it were unsuccessful.

It appears that backtracking was a safe way to ensure that the integrity of the entire electoral process was not jeopardized.

One of the worrying allegations by the opposition is that there were additional unregistered therefore illegal polling stations transmitting results through the official IEBC biometric system. It is also worth noting that the opposition had initially taken the IEBC to task over what they intended to use with the one million excess ballot papers that had been printed for the elections.

On the 11th of August 2017, the IEBC announced the presidential results declaring the incumbent, President Uhuru Kenyatta the winner of the 2017 elections at about 9:30 p.m. As expected, the opposition walked away in protest and charged well-meaning Kenyans with the responsibility of protecting the constitution. They promised to share a plan soon to ensure the wrong of the 2017 elections were made right. They also did not spare international observers including former US Secretary of State John Kerry and former South African president Thabo Mbeki for missing important details during the elections.

As soon as the IEBC chairman announced the results, western Kenya and Nairobi erupted in violent protests. The night was rent with gunfire and teargas. The very active Kenyan social media rife with live updates, rumors and tribal war mongering continued providing constant information while the main media houses seem to have moved on. They are mostly ignoring the protests and the unknown number of deaths and loss of property so far and focused on congratulatory messages to the re-elected president.

It appears that in the period towards the elections, the government had succeeded in ensuring that the media was hugely censored through a mixture of coercion and intimidation through arrests. At the moment there are intermittent protests in opposition strongholds with violent reactions from the thousands of paramilitary forces. The country also waits with bated breath to hear the opposition’s course of action. The next five years will be very interesting for Kenya. 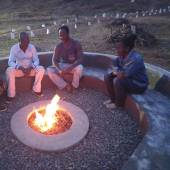 Norbert Odero is a Kenyan scientist based in the United States of America. He is also an author/writer with publications and articles in both scientific and literary journals such as the The Lancet, NEJM and Africa is a Country and Brittle Paper blogs.