The History of Economic Relations Between China and Cambodia 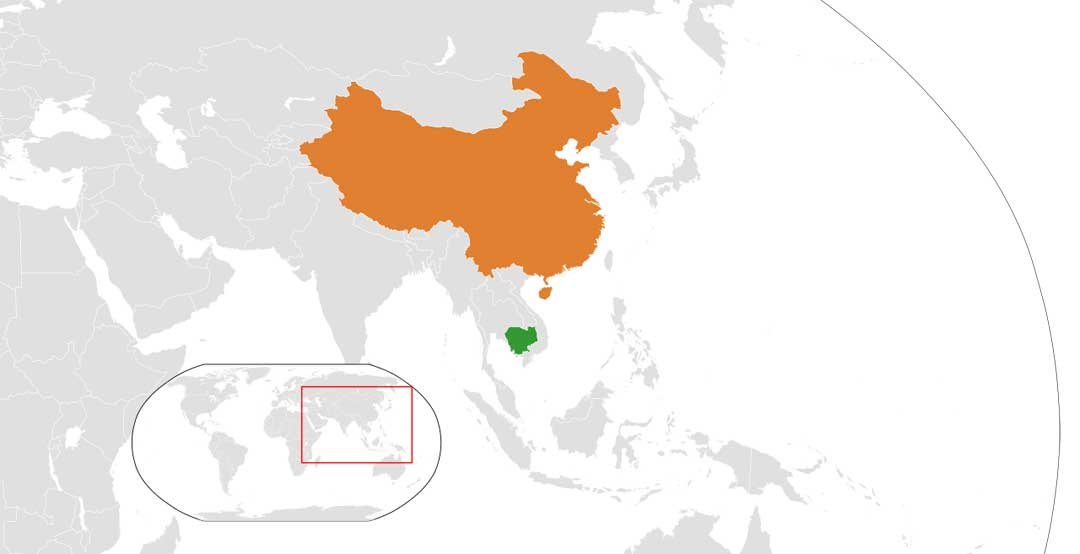 Over the past two decades, as China has grown to become a global economic power, it has positioned itself as Cambodia’s most important economic partner.

Today, China is one of Cambodia’s most important economic partners. The relationship between the two countries is not new, however. It dates back nearly 800 years and has evolved throughout the history of the two countries.

One of the earliest documented interactions between Cambodia and China was when a Chinese diplomat named Zhou Daguan visited the Khmer Angkorian Empire between 1296 AD and 1297 AD. Zhou Daguan left behind the world’s only firsthand record of the Angkorian Empire in his book, The Customs of Cambodia. In 1958, the kingdom of Cambodia officially recognized the People’s Republic of China (PRC) and the two countries have had diplomatic ties ever since. King Sihanouk of Cambodia maintained close relations with China, living in Beijing during various periods of self-imposed exile. The King Father His Majesty Samdech Sihanouk finally died in Beijing in 2012.

In 1975, The Khmer Rouge, under the leadership of Pol Pot, took control of The Kingdom of Cambodia, transforming the country into a communist state called Democratic Kampuchea. Under the harsh regime, nearly a quarter of the country’s population was executed or died of overwork and malnutrition. During the reign of Pol Pot and the Communist Party of Kampuchea (CPK), money was outlawed, as was private ownership and any form of business.[1]

In 1979, a Vietnamese invasion liberated Cambodia from the tyrannical rule of the Khmer Rouge, establishing The People’s Republic of Kampuchea. Under Vietnamese rule, the economy remained a strict, centrally planned, communist system. Democratic Kampuchea had had close ties with China, which then launched a punitive invasion of Vietnam, resulting in the so called Sino-Vietnamese or Third Indochina war. Both sides claimed victory in that conflict, and Cambodia remained under Vietnamese control until 1989.[2]

Since 1989, Cambodia has followed China’s lead in shifting to a free market economy and launching an economic reform program privatizing state owned enterprises, restoring private property rights, removing price controls, and encouraging foreign investment. From that time until about ten years ago, Cambodia experienced double digit GDP growth. For the last ten years this grows has slowed to a more manageable rate of between 6 and 7 percent. GDP per capita increased from $288 in 2000 to $900 in 2008, and $1,020 in 2016.[3] The Cambodian government has considered dedollarization (moving away from the US Dollar) and sees the use of RMB as a step in that direction. It is also thought that using the RMB would increase Chinese tourism in the country.[4]

As the country’s economy liberalized, Cambodia joined a number of international trade associations. They became a full member of The Association of Southeast Asian Nations (ASEAN) in 1999 and joined the World Trade Organization (WTO) in 2007. Xinhua reported that through both of these organizations, trade ties with China increased as China is a full member of both the ASEAN Plus Three and the WTO. Cambodia enjoys GSP (Generalized System of Preferences) with China, and a number of other countries, so that Cambodian products can be exported to those countries with reduced duties.[5]

China and Cambodia participate in a number of other economic associations and agreements. In 2006, China and Cambodia established the Trade and Economic Cooperation Zone in Sihanoukville. The East Asia Forum reported that the same year, the two countries formed a Comprehensive Partnership for Cooperation, which was raised to a Comprehensive Strategic Partnership of Cooperation in 2010. Another such arrangement is the ASEAN China Free Trade Agreement, which is the world’s largest free trade area by way of population.[6] According to Chreung, et al, the ASEAN-China Priority Project for the Implementation of Work Program (IWP), which promises to connect transportation routes from China through Southeast Asia and Cambodia, was announced at a meeting in Vietnam in 2010.[7]

China grants special trade status to ASEAN members Cambodia, Laos, Myanmar, and Vietnam (CLMV). Under the Early Harvest Plan, CLM are granted preferential tariffs. “From January 1, 2004, a zero tariff was applied to CLM’s 707 products—335 for Cambodia”, as reported by Hao (2008). Chinese exports to CLMV include machinery, iron and steel, and textiles. China imports mostly raw materials, such as rubber, and minerals from CLMV with wood being one of the largest imports from Cambodia. Hao went on to explain that although China is the largest investor in Cambodia, much of China’s investment is focused on building infrastructure for the extraction of raw materials, such as “forest development, timber processing, power, textile, building material, contract engineering, and farm production”.[8]

Other Chinese investments include: a planned $100 million investment to build a new Olympic stadium in Cambodia by 2023 to host the Southeast Asian games (Liger 2015). Chinese developers have constructed 10 bridges and more than 2,000 kilometers of road. More than 3,000 East Asia forum stated that Chinese companies have invested in the garment and textile sector, which accounts for 80% of all exports and employs about half a million Cambodians. In northeastern Cambodia, China is building the $800 million Lower Sesan 2 Dam project. According to The Washington Post, on the southwest coast, China’s Union Development Group (UDG) is building a 90,000-acre international trade and eco-tourism center. Hao explained that some of China’s investments in transportation infrastructure can be used to facilitate the exportation of raw materials such as the China-built highway linking Kratie-Cambodia-Laos Border. Other Chinese investments benefit Cambodia’s government directly, such as the construction of government office buildings.[9] Given the large volume of Sino-Khmer economic activity, the National Bank of Cambodia has had RMB clearance since 2013. In 2015, a forum on the internationalization of Renminbi (RMB) was held in Phnom Penh in 2015, to expand the use of RMB denoted bank products by the Bank of China Phnom Penh Branch.[10] In 2016, the Cambodian Ministry of Tourism began encouraging merchants to accept RMB, alongside US Dollars and Cambodian Riel.[11] In using the RMB, Cambodia will join a number of African countries, who are, at least in part, using the RMB as a reserve currency, clearance currency, or alternative currency.[12]

The history of the economic relationship between Cambodia and China has existed for centuries. Since the formation of the People’s Republic of China, in 1949, economic activity between the two countries has risen steadily. Over the past two decades, as China has grown to become a global economic power, it has positioned itself as Cambodia’s most important economic partner. The relationship between the two countries is expected to expand as China invests heavily in infrastructure and manufacturing in Cambodia. Meanwhile, Cambodia is aiding China in the internationalization of the RMB.

[10] Xinua 2015B, Forum on RMB Internationalization held in Cambodia

[12] Tonderayi Mukeredzi, Chinese yuan penetrates African markets Could it be the next global reserve currency?, August 2014