He Who Hesitates Is Lost—and Russia Hesitated 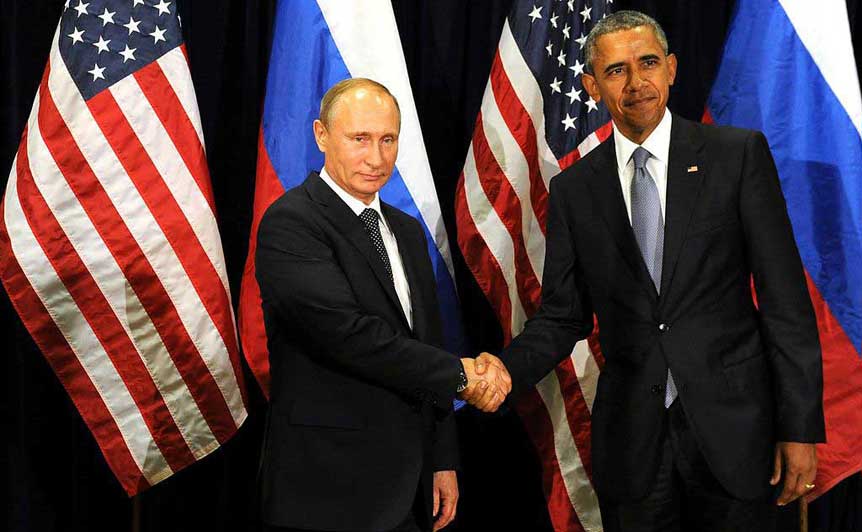 The Russian government deceived itself with its fantasy belief that Russia and Washington had a common cause in fighting ISIS.

Tp/dropcap]he Russian government deceived itself with its fantasy belief that Russia and Washington had a common cause in fighting ISIS. The Russian government even went along with the pretense that the various ISIS groups operating under various pen names were “moderate rebels” who could be separated from the extremists, all the while agreeing to cease fighting on successive verges of victory so that Washington could resupply ISIS and prepare to introduce US and NATO forces into the conflict.

The Russian government apparently also thought that as a result of the coup against Erdogan, which was said to implicate Washington, Turkey was going to cease supporting ISIS and cooperate with Russia.

Alas, the Russians so fervently, or perhaps I should say feverishly, desired an agreement with Washington that they deceived themselves. If Finian Cunningham’s report is correct, Washington has taken advantage of Russia’s urging that Washington and Turkey join in the attack on ISIS by invading northern Syria under the guise of “fighting ISIS.

Syria has now been partitioned, and the pretend or fake “moderate rebels” can be built up inside the US/Turkish occupied areas of Syria and the war against Syria kept going for as long as Washington wants. The western presstitutes will report that the Turkish/American forces occupying areas of Syria are not invaders but are attacking ISIS.

With US, Turkish, and, little doubt, soon other NATO troops operating inside Syria, the neoconservatives will have many opportunities to provoke a conflict with Russia from which Russia will have to stand down or reply with force. In the event of a Trump presidential victory, the neocons want to make certain Trump is embroiled in a war that will prevent an accommodation with Russia.

It is unclear whether US Secretary of State Kerry’s effort to arrange a Syrian ceasefire was sincere and he was sandbagged by the Pentagon and CIA. Regardless, if Kerry was sincere, he is obviously unable to stand up to the neocons, blessed as the State Department is with Victoria Nuland and a number of other neoconservative warmongers.

Obama is equally weak, which is why he was chosen by the oligarchy as president. A person without experience and knowledge is an excellent tool for the oligarchy. American blacks and white liberals actually believed that an inexperienced candidate from nowhere without an organization of his own could make a difference. Apparently, the gullibility of a majority of Americans is endless. This American hallmark of gullibility is why a handful of neoconservatives can so easily lead the sheeple into endless wars.

The idiot Americans have been at war for 15 years and the morons have no idea what has been achieved. The fools are unaware that the US in its decades long accumulation of weakness now confronts two major nuclear powers: Russia and China.

Americans have been taught by the presstitutes serving the military/security complex that nuclear war is not all that different from ordinary war. Look at Hiroshima and Nagasaki, two targets of American atomic bombs. Today, seven decades later, the cities are flourishing, so what’s the problem with nuclear weapons?

The atomic bombs that Washington dropped on these helpless civilian centers while the Japanese government was trying to surrender, were mere popguns compared to today’s thermo-nuclear weapons. One Russian SS-18 wipes out three-fourths of New York state for thousands of years. Five or six of these “Satans” as they are known by the US military, and the East Coast of the United States disappears.

Russia had a victory for Syria and democracy in its hands, but Putin lacked the decisiveness of a Napoleon or a Stalin and let his victory slip away as a result of false hopes that Washington could be trusted. Now a Russian/Syrian victory would require driving the Turks and Americans out of Syria.

If Russia struck hard and fast, Russia could succeed by using Washington’s lie and claiming that Russia thought the US and Turkish forces were ISIS, just as Washington claimed when Washington intentionally struck a known Syrian Army position.

If Russia actually annihilated the Turkish and US force, which Russia could easily do, NATO would collapse, because no European country wants to be destroyed in World War 3.

But Russia won’t collapse NATO by decisive action. The Russians won’t fight until war is absolutely and totally forced upon them. Then they will pay a huge price for their indecisiveness rooted in their foolish belief that Russia has common grounds with Washington. The only common grounds Russia has with Washington requires Russia’s surrender. If Russia will surrender, Russia can achieve Western acceptance, and Washington’s agents, the Russian Atlanticist Integrationists, can rule Russia for Washington.