The Compelling Memoirs of Ali Abumghasib 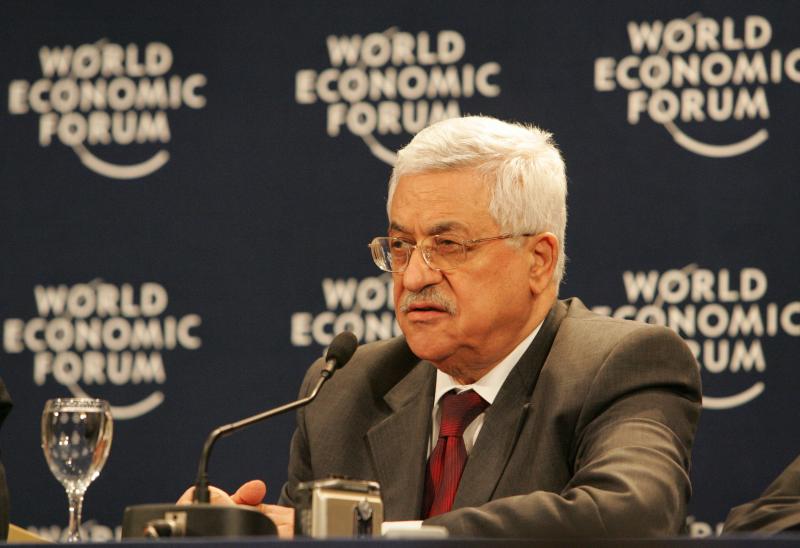 Now that Palestinian President Mahmoud Abbas is fighting a war to keep his party together, Fatah is facing yet another crisis.

Ali Abumghasib knows little about the current intrigues of the Fatah Movement, or, perhaps, he is just not interested. Although he has dedicated most of his life fighting within its ranks, he never saw his membership in Fatah as his defining identity. For him, it was, and will always remain, about Palestine and nothing else.

Now living in an old, rusty and tiny caravan somewhere in Gaza, Ali has no money, no family, but also no regrets. We spoke at length about his life. He wanted to share his story, and I wanted to understand what went wrong in what was once Palestine’s leading movement.

Now that Palestinian Authority (PA) President Mahmoud Abbas, who is also the Head of Fatah, is fighting an open and covert war to keep his party together, Fatah is facing yet another crisis.

The current struggle to inherit one of the two largest political movement in Palestine (the second being Hamas) promises to be dirty, especially since the Old Guard is losing its grip, as a younger, more vibrant, generation is ready to step in and take over long-overdue power.  A split in Fatah could mean the partial or total collapse of the PA, which is dominated by Fatah members. When rightwing Israeli Prime Minister, Benjamin Netanyahu, recently ordered his government to prepare for the possible collapse of the PA, the Fatah leaders immediately took notice, dismissing Netanyahu’s claims and asserting that everything is still under control.

But this is not the same Fatah that Ali had fought for or, more precisely, fought within; because, for the 65-year-old man, with failing health and marks of torture that can be traced all over his body, Fatah was a mere platform that allowed him to fight Israel, with the promise that his struggle would take him, and a million other refugees, back to their villages and homes in Palestine. Since he joined Fatah’s military bases in Jordan, in 1968, refugees have not returned, as their numbers have now exceeded the five million mark. Concurrently, Fatah morphed to become the Palestinian Authority, whose very survival is dependent on Israeli political support and the West’s financial handouts.

Ali Abumghasib is a Palestinian Bedouin, from the nomadic tribes that lived in the Bir Al-Saba region in Palestine. In 1948, his family lost everything. His father became a squatter in the land of some Gaza feudalist, herding a few sheep in a pitiful attempt to survive. Ali, who was born in 1951, ran away from home just months after Israel occupied the Gaza Strip (and the rest of historic Palestine) in 1967, without even informing his parents of his decision. The parents died as poor refugees in Deir Al-Balah, in central Gaza, without ever going back to Palestine, without ever seeing Ali again, and without their pride.

This may seem like a typical refugee story, but it is far from that. For Ali’s odyssey that followed was not only compelled by circumstances, but also choices that for the rest of us may seem extraordinary. From Gaza, he sneaked through the ‘death zone’ border area to Israel, then to the occupied West Bank, where he hid in the Hebron hills, before being smuggled with a tribe that escaped the war to Jordan. There, he joined Fatah and, only months later, enlisted in his first mission, code-named the ‘Green Belt’. The daring operation represented the rise of Fatah, following the collapse of the Arab armies in the 1967 war.

But the sudden collapse of pan-Arabism, following the ‘Naksa’ or ‘Setback’ of 1967, ushered in the rise of Palestinian nationalism, led by Yasser Arafat, George Habash and others, who took charge of the Palestine Liberation Organization (PLO) and began articulating a unique, unprecedented Palestinian discourse. The new struggle for Palestine had shifted from seeing Palestine primarily as an Arab priority, into one that was essentially Palestinian.

Although Arafat is often remembered for signing the Oslo peace accords with Israel, which led to the rupture of Palestinian unity and the breakdown of the entire national liberation project, Ali remembers him as the man who managed to restore Palestinian hope after the defeat of ’67. To assert the rise of the new war of liberation, a guerrilla warfare, by the logic of that period, was a must, and Ali fought many battles so that Fatah and the PLO could make it clear to Israel that sealing the fate of Palestinian refugees was far from over. In the ‘Green Belt’, Ali and 39 other fighters selected from four factions, infiltrated Israel from the Jordanian border, killing several soldiers and capturing two in order to exchange them for Palestinian prisoners.

However, the real rise of Fatah was truly marked in the Al-Karameh battle in 1968, in which the Jordanian army, together with various PLO factions, took part. True, the Israelis destroyed most of the PLO camps at the Jordan border, but were driven out in what, unexpectedly, turned into an all-out war. Ali fought that war too, and remembers how the morale of the fighters, despite their heavy losses, changed overnight. Soon, however, the empowered PLO factions found themselves in another all-out war, this time against the Jordanian army. The outcome was devastating, not just because it saw the death of thousands and the expulsion of the PLO from Jordan, but the capture of Ali himself.  Injured in the civil war, Ali was sentenced to death and was held in Al-Jafr desert prison before he escaped to Syria.

There was, indeed, a time when Fatah and the Hafiz Al-Assad regime got along just fine, but that was a short phase in what later became quite a tumultuous relationship between Fatah and the Assads throughout the years.

Ali fought since he was a teenager, and spent most of his life either in battle (as a member of Fatah) or in prison. In all the Arab jails where Ali was held prisoner, he was a guest in Syrian dungeons the longest, staying a total of 10 years. In his last prison stint he was held, along with 80 other people, in a four by four-meter prison cell. Following the Syrian-uprising which turned into war, he was deported to Lebanon.

That was the same Lebanon where Ali fought the Israelis, and also fought the Phalange Christians. After the PLO left Jordan, Lebanon became the new battlefield. But Lebanon’s protracted conflicts made it an unsuitable host for the PLO.  In 1975, Fatah-led PLO factions were at the heart of Lebanon’s civil war, triggered partly by the Phalange massacre in Ein Al-Rumaneh, where nearly 50 Palestinian children were ambushed and murdered. The details of that dirty war are still as fresh in Ali’s memory as if it happened recently. His anger is still palpable, as is his defense of the PLO conduct there.

Ali, despite old age, failing health and the awful scars of bullets and torture marks, insists that if he were to have the chance again, he would fight the Israelis with the same enthusiasm as a young man. In fact, when the Lebanese deported him to Egypt in 2014, and the Egyptians deported him to Gaza a few days later, he tried to volunteer with the Gaza Resistance. The young men respectfully declined. Ali is handsome, but disheveled, with a bushy beard, missing teeth and many wrinkles. When he walks his left foot seems to drag behind him as if it is connected to his torso by mere skin.

Ali Abumghasib may seem like a relic of a bygone era. But the fact is, Ali has remained committed to Fatah’s early revolutionary principles, where the fight was, in fact, for a homeland and not international handouts; for freedom, not false prestige; for national liberation, not useless titles.

Those involved in the current power struggle within Fatah are possibly unaware of who Ali is and of the values which he stubbornly defends to this day. It is important, though, that they take notice, before all is lost.