A Homeland Is a Country That Allows Domestic Use of Military 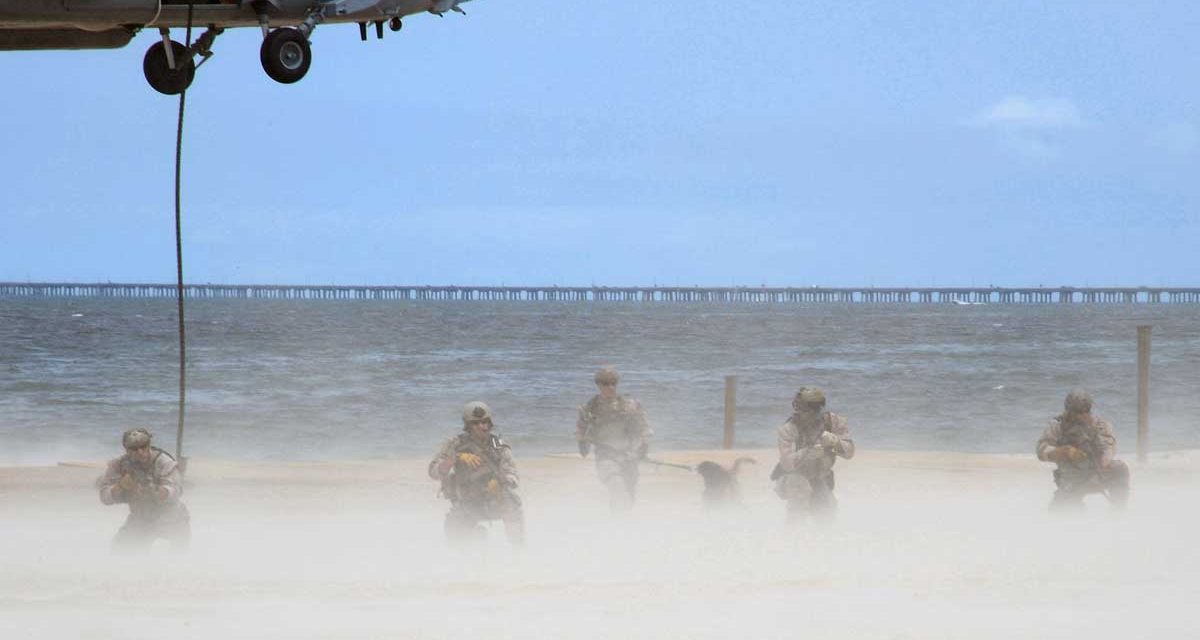 The growing police state, apart from threatening liberty, is a gross misallocation of resources.

Have you seen Dahr Jamail’s report on U.S. military plans for war games in Washington state? I’m sure some observers imagine that the military is simply looking for a place to engage in safe and responsible and needed practice in hand-to-hand combat against incoming North Korean nuclear missiles, or perhaps to rehearse a humanitarian invasion of Russia to uphold the fundamental international law against Vladimir Putin’s existence.

But if you look over the history of domestic use of the U.S. military—such as by reading the new book Soldiers on the Home Front: The Domestic Role of the American Military—it’s hard not to wonder whether, from the U.S. military’s point of view, at least a side benefit of the coming war game isn’t rehearsing for the next time citizens in kayaks interfere with a corporation intent on poisoning the earth’s climate with fossil fuels.

Soldiers on the Home Front is almost rah-rah enthusiastic in its support for the U.S. military: “Our task here is to celebrate the U.S. military’s profound historical and continuing contribution to domestic tranquility, while at the same time….” Yet it tells a story of two centuries of the U.S. military and state militias and the National Guard being used to suppress dissent, eliminate labor rights, deny civil liberties, attack Native Americans, and abuse African Americans. Even the well-known restrictions on military use put into law and often ignored—such as the Posse Comitatus Act—were aimed at allowing, not preventing, the abuse of African Americans. The story is one of gradually expanding presidential power, both in written law and in practice, with the latter far outpacing the former.

Some of us are grateful to see restraint in the approach to the men occupying a federal facility in Oregon. But we are horrified by the lack of similar restraint in using the military or militarized police against peaceful protesters in U.S. cities. Police departments as we know them simply did not exist when the U.S. Constitution—virtually unaltered since—was cobbled together in an age of muskets, slavery, and genocide. Among the developments that concern me far more than the authors of Soldiers on the Home Front: 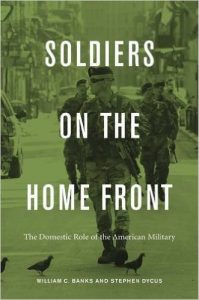 Numerous drills and practices, and the locking down of Boston, desensitizing people to the presence of the U.S. military on our streets.

Congress members threatened with martial law if they vote against their oligarchs.

The legalization of lawless military imprisonment without charge or trial for U.S. citizens or anyone else.

The legalization of murder by drone or any other technology of U.S. citizens or anyone else, with arguments that apply within the Homeland just as anywhere else, though we’ve been told all the murders have been abroad.

Nuclear weapons illegally flown across the country and left unguarded.

Mercenaries on the streets of New Orleans after a hurricane.

Secret and not-so-secret continuity of government plans that could put martial law in place at the decision of a president or in the absence of a president.

The militarization of the Mexican border.

The gruesome history and future of the attack on the Bonus Army, the bombing of West Virginia, Operation Northwoods, tin soldiers and Nixon coming, and Franklin Roosevelt’s actual and Donald Trump’s possible internment camps.

The authors of Soldiers on the Home Front claim that we must balance all such dangers with the supposed need for a military to address “storms, earthquakes, cyber attacks…, bioterrorism.” Why must we? None of these threats can be best addressed by people trained and armed to kill and destroy. When only such people have funding and numbers and equipment, they can look preferable to nothing. But what if we had an unarmed, nonviolent green energy brigade taking on the protection of the climate, and non-military police ready to enforce laws in crises, a major new Civilian Conservation Corps trained and equipped and funded to provide emergency services, a computer whiz team dedicated to fending off cyber attacks and preventing their ongoing provocation by U.S. government cyber attackers, a publicly funded healthcare system prepared for health emergencies, and a State Department redirected away from weapons marketing and into a new project of building respectful and cooperative relations with the world?

If the United States were to move from militarism to all of the above, the main problem would be what to do with all of the remaining money.