Is it terrorism or is it religion? Does the question matter? 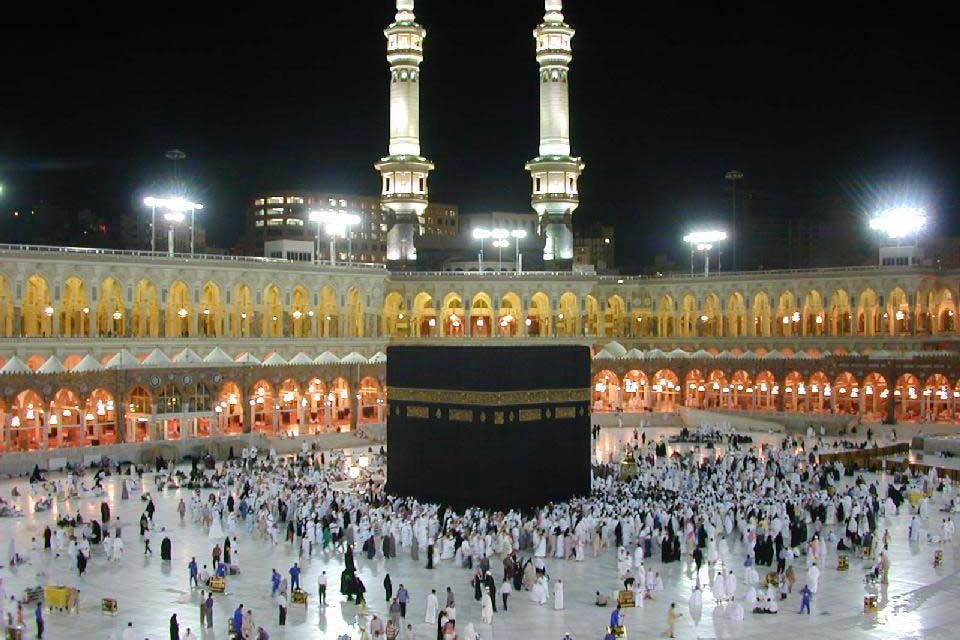 From the early days of America’s War on Terror, and even before then, I advocated seeing terrorists as more than just mindless, evil madmen from another planet. I did not believe they were motivated by hatred or envy of American freedom or democracy, or of American wealth, secular government, or culture, although George W. Bush dearly wanted us to believe that. The terrorists were, I maintained, driven by decades of terrible things done to their homelands by US foreign policy. There should be no doubt of this I wrote, for there are numerous examples of Middle East terrorists explicitly citing American policies as the prime motivation behind their actions. And it worked the same all over the world. In the period of the 1950s to the 1980s in Latin America, in response to a long string of outrageous Washington interventions, there were countless acts of terrorism against US diplomatic and military targets as well as the offices of US corporations. 9/11 was a globalized version of the Columbine High School disaster. When you bully people long enough they are going to strike back.

In 2006 Osama bin Laden was inspired to tell Americans to read my book Rogue State because it contained the following and other similar thoughts of mine: “If I were the president, I could stop terrorist attacks against the United States in a few days. Permanently. I would first apologize – very publicly and very sincerely – to all the widows and the orphans, the impoverished and the tortured, and all the many millions of other victims of American imperialism.”

So does this mean that I support ISIS?

Absolutely not. I think they’re one of the most disgusting collection of supposed humans in all of history. But I’m surprised at how often those who are highly critical of them, and supportive of the movement to defeat them, are very reluctant to denounce ISIS as a religious force; this, apparently, would be politically incorrect. Shortly after the terrible November 13 events in Paris I was watching the French English-language TV station France 24, which presented a round-table discussion of what happened in Paris amongst four or five French intellectual types. Not one of them expressed a negative word about Islam; it was all sociology, politics, economics, psychology, history, Western oppression, etc., etc. Hadn’t any of them ever heard any of the perpetrators or their supporters cry out “Allahu Akbar”?

I then read a detailed review of an article by Thomas Piketty, the French author of the much-acclaimed 700-page opus Capital in the Twenty-First Century, the international best-seller of last year. According to the review in Le Monde, Piketty said that inequality is a major driver of Middle Eastern terrorism, including the Paris attacks, and that Western nations have themselves largely to blame for that inequality. Terrorism that is rooted in inequality, he maintains, is best combatted economically. Not a word about Muhammad in the 7th century, Sharia Law in the 21st century, or anything in between.

Next, by contrast, we turn to an interview with Mizanur Rahman, one of social media’s most famous promoters of the Islamic State, whom Britain and the US consider to be a recruiter for ISIS. British authorities closely monitor his movements and have taken his passport. He wears a court-mandated electronic ankle bracelet.

Rahman is known for his thousands of tweets and Facebook posts, and fiery lectures on YouTube, intended to inspire vulnerable young people. He openly advocates for a global caliphate, a homeland ruled by Islamic sharia law, which he says is a superior political, legal and economic system to democracy. The Islamic State’s black flag will one day fly over the White House he insists, adding that the militants will probably conquer Washington by military force, but he watches his words carefully to avoid being accused of advocating violence. Still, he argues, the concept of spreading Islam by force is no less honorable than Western countries invading Iraq or Afghanistan to spread democracy. (I wonder if he really believes that Western foreign policy has anything to do with spreading democracy.)

Rahman called last month’s Islamic State attacks in Paris “an inevitable consequence” of French participation in coalition airstrikes against the militants’ de facto capital in Raqqa, Syria. “I don’t think anybody should really be surprised at what happened,” he said. “In war, people bomb each other. I think it’s an opportunity for the French people to empathize with the people in Raqqa, who suffer very similar impact whenever the French airstrikes hit them – the civilian casualties, the shock, the stress. The anger that they must be feeling toward the Islamic State right now is the same kind of anger that the people of Iraq and Syria feel towards France.”

He argues that it is no worse for the Islamic State to behead American journalists than for the United States to kill Muslim civilians in drone strikes. “I’m promoting sharia because I think it’s the best,” Rahman, a former accountant and web designer, said in the London coffee shop interview. “I think it is better than what we have, and what is wrong with saying that?” (Nothing unless you enjoy music, sex, and alcohol and find praying five times a day highly oppressive.)

In August, Rahman was charged in Britain with “inviting support” for the Islamic State, and he faces up to 10 years in prison if convicted. He is free on bail under strict conditions, including the ankle bracelet.

Rahman called the allegations against him ridiculous and anti-Muslim persecution. He said that he has done nothing more than preach the virtues of Islam and that he has never specifically recruited anyone to join the Islamic State or urged anyone to commit violence.

“Islam is more than just a book with an old story. It’s actually a code for life,” he said, adding that Islam is a blueprint for everything from personal hygiene to international relations. “It’s not just some medieval rantings.”

Rahman’s first arrest was in February 2002, when he was fined 50 pounds for defacing posters for a pop band that featured scantily clad women, something he considered indecent. (But forcing women to walk around fully covered from head to toe, with only their eyes showing, is not indecent? And what woman in the entire world would dress like that without great pressure from a male-dominated society?)

Peter Neumann, head of the International Center for the Study of Radicalization at King’s College in London stated that Rahman is skilled at persuading Muslims that it is their religious obligation to swear allegiance to the Islamic State leader, arguing that God wants the world united under a caliphate, without ever overtly calling for them to move to Syria or Iraq. (How, we must ask, does Rahman know what God wants? There are countless individuals all over the world confined to institutions for committing violence which, they insisted, was in response to God talking to them.)

The couple in California … The only explanation my poor pagan mind can offer for their unspeakable behavior is “martyrdom”. They knew that their action would, in all likelihood, result in their death and they believed what they had been taught – oh so profoundly taught in the Quran and drummed into their heads elsewhere like only religion can – that for martyrs there are heavenly rewards in the afterlife … forever.