Don’t tell my mother I work at the State Department. She thinks I play the piano in a whore house. 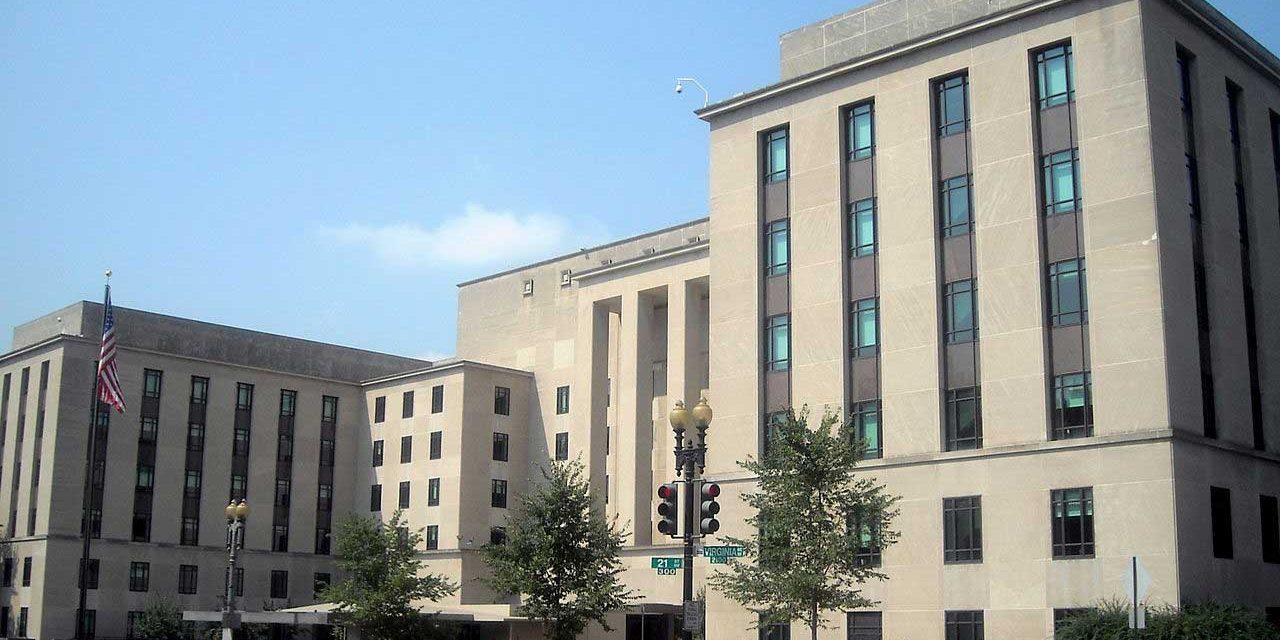 The Harry S. Truman building, headquarters of the Department of State in Washington, DC. (AgnosticPreachersKid)

Enlightening excerpts from a State Department press briefing on Turkey's shootdown of a Russian plane.

QUESTION: President Obama said he will reach out to President Erdogan over the next few days.

QUESTION: Did not mention Putin. That really puts you squarely on Turkey’s side, doesn’t it?

QUESTION: You’re saying Turkey has the right to defend itself; President Obama said the same thing. What defense are you talking about? Does anyone think Russia was going to attack Turkey?

QUESTION: Do you think so?

MR TONER: Look, I don’t want to parse out this incident. I said very clearly that we don’t know all the facts yet, so for me to speak categorically about what happened is – frankly, would be irresponsible.

QUESTION: Even if you accept the Turkish version that the plane traveled 1.3 miles inside Turkey and violated its airspace for 17 seconds – that’s according to Turkey – do you think shooting down the plane was the right thing to do?

MR TONER: Again, I’m not going to give you our assessment at this point. We’re still gathering the facts.

QUESTION: In 2012, Syria shot down a Turkish plane that reportedly strayed into its territory. Prime Minister Erdogan then said, “A short-term border violation can never be a pretext for an attack.” Meanwhile, NATO has expressed its condemnation of Syria’s attack as well as strong support for Turkey. Do you see the inconsistency of NATO’s response on this?

MR TONER: As to what President Erdogan may have said after that incident, I would refer you to him.

QUESTION: Turkoman forces in Syria said they killed the two Russian pilots as they descended in parachutes.

QUESTION: Turkoman forces are supported by Turkey and are fighting against the Syrian Government, they are part of the rebel force there. Do you consider these rebels to be a moderate force in Syria?

QUESTION: I’m trying – I mean, do you think that everybody has the right to defend themselves?

MR TONER: We’ve said very clearly that people have the right to defend themselves.

QUESTION: Right? Including the Assad regime?