‘Shield’-ing the People from Independent Journalism 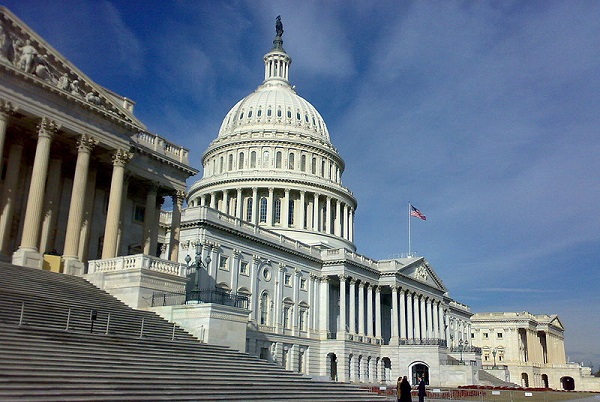 The US Capitol building in Washington, D.C. (Bjoertvedt/Wikimedia Commons)

Currently being debated by the Senate, but rarely discussed on mainstream television, is the Shield Law. While on the surface it may seem to be rather innocuous, some of the language in it and its implications are quite problematic for journalists.

A Shield Law is a law which “provides statutory protection for the ‘reporters’ privilege’— legal rules which protect journalists against the government requiring them to reveal confidential sources or other information.”[1] Generally, this is a positive occurrence as journalists are much more able to conduct their work and bring information to public light if they do not need to worry about having to reveal their sources. While Shield Laws have occurred in the past, they have only been on the state level. This currently proposed Shield Law is the first one to reach the federal level, and the main goal is to protect journalists from having to reveal confidential sources in federal cases.[2]

However, there are certain instances in which journalists will have to reveal sources, such as “(1) The party seeking disclosure has exhausted all reasonable alternative sources of the information; (2) The requested information is essential to resolving the matter; (3) Disclosure of the requested information would not be contrary to the public interest; and (4) In criminal cases, if the requesting party is the federal government, the government must show that there are reasonable grounds to believe that a crime has occurred.”[3]

While overall it may seem like a good bill, there are a number of problems with this Shield Law, officially known as the Free Flow of Information Act of 2013. For starters, this law would “allow the government to seize reporters’ records without notifying them for 45 days – a period of time that could be renewed by a judge 45 additional days – if investigators convince a judge pre-notification ‘would pose a clear and substantial threat to the integrity of a criminal investigation.’”[4] This power of seizing records without notifying reporters was used most recently in regards to the Associated Press, when the federal government seized their phone records in May of last year, with the government only saying that “they were needed for investigation of an unspecified criminal matter.”[5] Oh yes! What transparency and accountability! Infringing upon the First Amendment rights of reporters and then only giving what is essentially a BS, purposefully vague explanation.

In addition to this, the government can force journalists to give up information in the name of national security.[6] This is quite worrying as the US government has time and time again been involved in operations of entrapment.[7][8] Due to this, they could potentially have a scenario where they create a case of entrapment, label it terrorism, and then force all journalists to give up information on any and all sources as well as seize their records under the guise of national security.

Yet in this current bill, not only can the government continue to engage in the above behavior, but they are also defining who is and who is not a journalist. Initially, the bill defined a journalist as “a person who has a ‘primary intent to investigate events and procure material’ in order to inform the public by regularly gathering information through interviews and observations” and added the stipulation that “The person also must intend to report on the news at the start of obtaining any protected information and must plan to publish that news.”[9] This seems to be rather fine as it would include mainstream and independent journalists. However, the situation became problematic when in September 2013, an amendment to the bill was proposed that, let’s just say, ‘more clearly’ defined who and who was not a journalist.

Kevin Gostolza of Firedoglake discussed this amendment last year and it would be appropriate to quote him now at some length:

A “covered journalist,” under the amendment, would be the following: an employee, independent contractor, or agent of an entity or service that disseminates news or information by means of newspaper; nonfiction book; wire service; news agency; news website, mobile application or other news or information service (whether distributed digitally or other wise); news program; magazine or  other periodical, whether in print, electronic, or other format; or through television or radio broadcast, multichannel video programming distributor (as such term is defined in section 602(13) of the Communications Act of 1934 (47 U.S.C. 522(13)), or motion picture for public showing…

That person must also have the “primary intent to investigate events and procure material in order to disseminate to the public news or information concerning local, national, or international events or other matters of public interest.” Or, that person should be engaged in the “regular gathering, preparation, collection, photographing, recording, writing, editing, reporting or publishing on such matters.”

A person would also qualify as a “covered journalist” if they had experience in journalism and had “substantially contributed, as an author, editor, photographer, or producer, to a significant number of articles, stories, programs, or publications” in the past twenty years. As Feinstein said, it would “cover a legitimate journalist such as a Dan Rather who leaves his media entity and takes to publishing freelance stories on the web.”[10]

Now, let’s begin to take those paragraphs apart and analyze them, bit by bit.

In the next paragraph, it adds a caveat to the definition of journalist, stating that the individual in question must also “have the ‘primary intent to investigate events and procure material in order to disseminate to the public news or information concerning local, national, or international events or other matters of public interest.’” Well, how do you prove that this is one’s primary intent? Do you just have to state as such? And what do they even mean by the term “primary intent?” Isn’t the main goal of most if not all journalists to disseminate news to the public?

The final paragraph offers an alternative if one is not with a mainstream source by stating that they are covered if “they had experience in journalism and had ‘substantially contributed, as an author, editor, photographer, or producer, to a significant number of articles, stories, programs, or publications’ in the past twenty years.” Does this mean that contributing to sites such as Truthout and Alternet could qualify one as a journalist under this law?

Apparently, in an earlier version of the bill, the law defined “journalists so narrowly that it excludes bloggers, citizen reporters and even some freelancers,”[11] and thus the amendment was added. However, this amendment seems to leave more questions than answers.

In addition to this, many supporters of this bill have been using some rather bellicose language. For example, Senator Dianne Feinstein has been quoted as saying that “real journalists draw salaries”[12] and stating that the First Amendment is “a privilege,”[13] which is rather worrying.

While judges do from time to time uphold the rights of the people, they seem to have often sided with the national security state as of recent. For example in 2010, a federal appeals court “ruled that former prisoners of the C.I.A. could not sue over their alleged torture in overseas prisons because such a lawsuit might expose secret government information,”[15] last year, the US Supreme Court decided to “allow the National Security Agency’s surveillance of domestic telephone communication records to continue.”[16] This year it was reported that the US Supreme Court “rejected [the Center for Constitutional Rights] lawsuit against Bush-era warrantless surveillance, which “guarantees that the federal courts will never address a fundamental question: Was the warrantless surveillance program the NSA carried out on President Bush’s orders legal?”[17] Thus, it seems that the situation of on whose side the courts would rule in a case regarding national security is rather iffy. This is made all the more strenuous by the fact that if a case were to make it up all the way to the Supreme Court and they ruled in favor of the US government, it has the potential to set a precedent which could only be overturned by an entirely new Supreme Court case.

As of now, there are conflicting reports about whether or not Chuck Shumer (D.-N.Y.) has the votes to pass the bill in the Senate, with Schumer saying he does[18] and Sen. John Cornyn (R-Texas) saying he doesn’t.[19] However, if it does pass, there is no doubt about it going into law as Obama has already voiced his support for it.[20]

By essentially giving the government the power to define what a journalist is, it has the potential to hurt independent media when it is needed now more than ever. The mainstream media consistently sits on stories to please the US government. It was reported in 2006 that the New York Times made a decision to “[withhold] a story about the Bush administration’s program of illegal domestic spying until after the 2004 election.”[21] More recently, the US media reported again and again that the Syrian government had used chemical weapons in Ghouta and that the UN report confirmed it[22], when in reality, the question is still up in the air as new information has come to light that puts the official narrative in doubt.[23] We need independent alternatives to the mainstream media like Corbett Report, Citizen Radio, and Black Agenda Report to allow people to get a glimpse behind the wall of misinformation that permeates much of the mainstream and get an idea of what is truly going on in the world. If this law gives the government the power to define who a journalist is, we may just lose that.

This article was originally published at The Hampton Institute and has been used here with permission.

Tags: Journalism, Media, US, US Congress