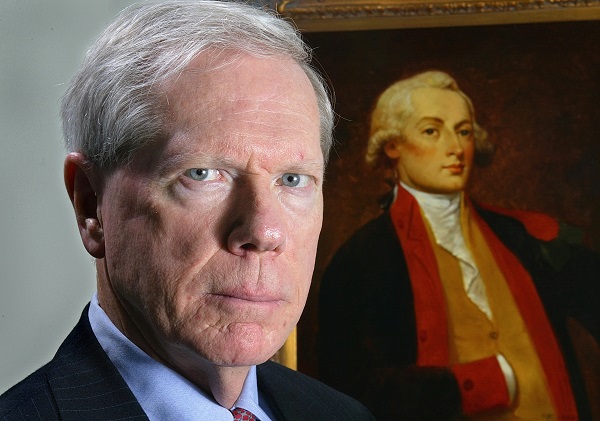 How does Washington get away with the claim that the country it rules is a democracy and has freedom?  This absurd claim ranks as one of the most unsubstantiated claims in history.

There is no democracy whatsoever.  Voting is a mask for rule by a few powerful interest groups. In two 21st century rulings (Citizens United and McCutcheon), the US Supreme Court has ruled that the purchase of the US government by private interest groups is merely the exercise of free speech. These rulings allow powerful corporate and financial interests to use their money-power to elect a government that serves their interests at the expense of the general welfare.

The control private interests exercise over the government is so complete that private interests have immunity to prosecution for crimes. At his retirement party on March 27, Securities and Exchange Commission (SEC) prosecutor James Kidney stated that his prosecutions of Goldman Sachs and other “banks too big to fail” were blocked by superiors who “were focused on getting high-paying jobs after their government service.”  The SEC’s top brass, Kidney said, did not “believe in afflicting the comfortable and powerful.”  In his report on Kidney’s retirement speech, Eric Zuesse points out that the Obama regime released false statistics in order to claim prosecutions that did not take place in order to convince a gullible public that Wall Street crooks were being punished.

The United States has none of the above.

The US media consistently lies for the government. Reuters continues to report, falsely, that Russia invaded and annexed Crimea.  The Washington Post ran an obviously false story planted on the paper by the Obama regime that the massive protests in former Russian territories of Ukraine are “rent-a-mobs” instigated by the Russian government.

Not even Washington’s stooges in Kiev believe that. Officials of the Washington-imposed government in Kiev acknowledged the need for some autonomy for the Russian-speaking regions and for a law permitting referendums, but this realistic response to widespread concerns among Ukrainians has apparently been squelched by Washington and its presstitute media. US Secretary of State John Kerry continues to turn a deaf ear to the Russian Foreign Minister and continues to demand that “Russia must remove its people from the South-East.”

What is happening is very dangerous. Washington misjudged its ability to grab the Ukraine.  Opposition to the US grab is almost total in the Russian-speaking areas. Local police and security forces have gone over to the protesters. The corrupt Obama regime and the presstitute media lie through their teeth that the protests are insincere and mere orchestrations by “Putin who wants to restore the Soviet empire.”  The Russian government keeps trying to end the conflict and unrest that Washington’s reckless coup in Kiev has caused short of having to reabsorb the former Russian territories as it was forced to do in Crimea. But Washington continues ignoring the Russian government and blaming the unrest on Russia’s not Washington’s, interference.

As this is clear even to a fool, is it Washington’s goal to start a war?  Is that why Washington is massing NATO forces on Russia’s borders and sending missile ships into the Black Sea?  Washington is putting the entire world at risk.  If Russia concludes that Washington intends to drive the Ukraine crisis to war rather than to resolve the crisis, will Russia sit and wait, or will Russia strike first?

One would think that the Chancellor of Germany, the British Prime Minister, and the President of France would see the danger in the situation.  Perhaps they do.  However, there is a large difference between the aid that Russia gives countries and the aid given by Washington.  Russia provides financial support to governments; Washington gives bagsful of money to individuals in the government with the knowledge that individuals are more likely to act in their own interest than in the interest of their country. Therefore, European politicians are silent as Washington pushes a crisis toward war.  If we don’t get to war, the only reason will be that Putin comes up with a solution that Washington cannot refuse, as Putin did in Syria and Iran.

Tired of being spied upon and lied to, the Senate Intelligence Committee has produced a thorough investigation of the CIA’s torture programs. The investigation took four years to complete. The Committee found, unequivocally, that the CIA lied about the extent of the torture and kidnappings, that detainees did not undergo some mild form of “enhanced interrogation” but were subjected to brutal and inhumane torture, that the CIA, contrary to its claims, did not get even one piece of useful information from its grave crimes against humanity. The American presstitutes assisted the CIA in inaccurately portraying the effectiveness and mildness of the CIA’s Gestapo practices. During the entirety of the investigation, the CIA illegally spied on the Senate staff conducting the investigation.

Is the public ever to see this report beyond the parts that have been leaked?  Not if the CIA and Obama can prevent it. President “change” Obama has decided that it is up to the CIA to decide how much of the Senate Intelligence Committee’s investigation will be made public.  In other words, unless someone leaks the entire report, the American public will never know.  Yet, “we have freedom and democracy.”

The Senate Intelligence Committee itself has the power to vole to declassify the entire report and to release it.  The committee should do so immediately before the members of the committee are browbeat, threatened, and propagandized into believing that they are endangering “national security” and providing those mistreated with grounds for a lawsuit.

The US government is the most corrupt government on earth.  There is no independent judiciary or media, and Congress has acquiesced to executive branch encroachments on its powers. Consider the judiciary.  Michael Ratner of the Center for Constitutional Rights represented the father of the American citizen, who Obama said would be murdered by the US government on suspicion that he was associated with terrorism. When Ratner asked the federal courts to block an illegal and unconstitutional execution of an American citizen without due process, the federal judge who heard the case ruled that the father of a son about to be murdered did not have standing to bring a case in behalf of his son.

After several lives were snuffed out by President “I’m good at killing people” Obama, Ratner represented relatives of Obama’s murdered victims in a damage suit. Under US law it was clear as day that damages were due.  But the federal judge ruled that “the government must be trusted.”

Whether or not anyone has standing is entirely up to the government.  The IRS takes a completely different position on the matter. Children have standing to have their tax refunds confiscated by the IRS if the IRS thinks the IRS may have overpaid the parents’ Social Security benefits.

So in “freedom and democracy” Amerika, children are responsible if the IRS “thinks”—no proof required—that it wrote parents too large of a Social Security check, but a father has no legal standing to bring a lawsuit to prevent the US government from the extra-legal murder of his son.

This is Amerika today.  Yet Washington prances around chanting “freedom and democracy” even as it displaces the greatest tyrannies in human history with its own.

Only gullible Americans expect leaders and elites or voting to do anything about the institutionalization of tyranny.  Elites are only interested in money. As long as the system produces more income and wealth for elites, elites don’t give a hoot about tyranny or what happens to the rest of us.