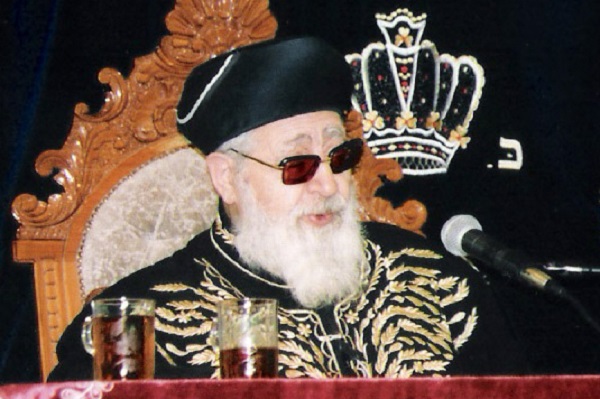 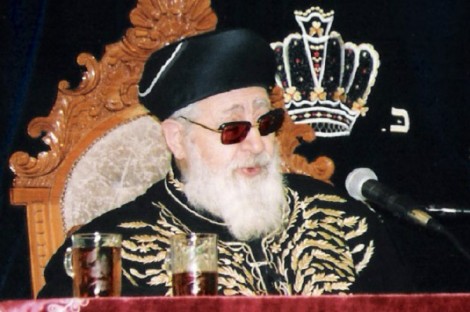 While the image of the “mad mullah” and swarming masses of fanatical Muslims poised to rend asunder Western Civilization is an image that has been resurrected from prior centuries and is propagated by the apologists for Israel with increasing vigor, the mythic spectre has served to obscure the anti-Christian foundations of the Zionist state. Hence, the spectacle of “Christian Zionists” as among the most fanatical defenders of Israel is an historical travesty that is as odd as would have been Christian Fundamentalists supporting the League of Militant Atheists in the USSR. Indeed, there is an analogy: The League of Militant Atheists avidly sought the obliteration of Christianity in the Soviet state; Zionists, and Orthodox believers in the Talmud who have a major presence in Israel, are as zealous in obliterating Christianity from the Holy Land as their Bolshevik counterparts of yesteryear. Yet, how widely realized is it that Israel is a state where Christianity is repressed and despised?

This month a hint of the situation was publicly exposed by two events: (1) the vandalizing of the Protestant Cemetery of Mount Zion in what Christian leaders in Israel state is the latest in “a string of relentless attacks on church properties and religious sites”; and (2) the death of Rabbi Ovadia Yosef.

Unsurprisingly, the news does not seem to have been featured in the manner by which the desecration of a Jewish site would receive from then world’s mass media. In particular, there have been no worldwide protests and street parades demonstrating outrage, of the type that takes place when even minor vandalism is inflicted on Jewish sites, when such actions are treated with such gravity as to inspire calls for new laws to stop the “rise of anti-Semitism.”

While New Zealand’s Dominion Post newspaper, serving the capital region, devoted two sentences to the subject,[1] the most detailed report seems to have been written by Daniel Estrin of the Associated Press. Estrin reports that four Israeli youths were arrested but were released without charge until further questioning. Two of the youths were affiliated with “Hilltop Youth,” a group responsible for attacks in recent years on Christian and Muslim sites, and Israeli army property in protest at Israeli government policy; and two youths who were students at a Jewish seminary.

There have been many high profile sites vandalized over the past year, including a Trappist monastery in Latrun, outside Jerusalem, where vandals burned a door and spray-painted “Jesus is a monkey” on the century-old building, a Baptist church in Jerusalem, and other monasteries. “Clergymen often speak of being spat at by ultra-Orthodox religious students while walking around Jerusalem’s Old City wearing frocks and crosses.” Search for Common Ground (SCG), an NGO that monitors news reports of attacks on religious sites, states that 17 Christian sites have been reported vandalized over the past three years. However, a police detective in charge of Christian affairs told SCG the number of vandalized sites is higher, but Christian leaders did not report many of the attacks to the media. Additionally, SCG does not include vandalism in the Old City of Jerusalem in its survey, because many of the sites are in dispute and the organization wants to be seen as neutral. Hana Bendcowsky of the Jerusalem Center for Jewish-Christian Relations, states that Christian leaders often do not file complaints with police because many are in Israel on special visas and want to maintain good relations with authorities. She states that there is a strong feeling that police are not really interested in the problem, although police spokesmen claim otherwise.[2]

The Najran Massacre: A Christian Holocaust by Jews

Zionism was created around the fiction that “anti-Semitism” is inherent within the “goyim” psyche, and that Jews must therefore remove themselves from goy society. It was therefore necessary to contrive a history of Gentile-Jewish relations that depicted the Jews as constantly facing persecution through the entirety of their history. This also necessitates the portrayal of Jews as at all times sinless victims of that inherent goy psychosis of “anti-Semitism.” Another perspective is that the perpetrators of the ages old persecution myth are suffering from paranoid psychosis. Certainly, when it has been Jews with the upper hand they have been none too charitable towards their defeated enemies, as the Torah and other books of the Old Testament quickly show. One of the most famous, recorded in the “Book of Esther,” is the slaughter of 75,000 Persians by Jews once they got the upper hand, a slaughter that continues to be celebrated today at the Feast of Purim, where “Haman cakes” are eaten, Haman being one of history’s first “anti-Semites,” and there is much boisterous rejoicing.

In 500 AD, the inhabitants of Najran in southern Arabia converted to Christianity, but in 522 the Jewish Himyarite king of Yemen began the persecution of Christians, who asked for the Ethiopian assistance. With the Himyarite defeat of the Ethiopians in 523 the Najran Christians were massacred. Najran had been the first place in South Arabia where Christianity was established, and had a large community with the seat of a Bishopric.

The Jewish King of Yemen, Yusuf As’ar Dhu Nuwas, aimed to create a “Davidic” kingdom, but Christian Najran was an important trade route in the way. When the Najran Christians refused to abandon their faith 20,000 were said to have been burned alive, or beheaded and their bodies thrown into flaming pits. A document by Bishop Simeon of Beth Arsham on the Najran holocaust records that a Najran noblewoman named Ruhm brought her daughter before Dhu Nuwas and defiantly stated: “Cut off our heads, so that we may go join our brothers and my daughter’s father.” The daughter and a granddaughter were decapitated and Ruhm was forced to drink the blood. King Dhu Nuwas then asked, “How does your daughter’s blood taste to you?” to which Ruhm replied: “Like a pure spotless offering: that is what it tasted like in my mouth and in my soul.”

A difference between Islam and Judaism is that whereas the Koran honors Jesus as a prophet and his mother Mary, the Orthodox Jewish Talmud, or religious codex, describes them in what we might call less than flattering terms. Hence, Islam honors the Christian martyrs of Najran, the Koran stating of them: “…slain were the men of the pit, the fire abounding in fuel, when they were seated over it, and were themselves witnesses of what they did with the believers. They took revenge on them because they believed in God the All-mighty, the All-laudable…”[3]

As word spread of the Jewish holocaust on the Najran Christians, Najran became a center of pilgrimage that rivalled Mecca. Al-Harith, the leader of the Christian Arabs at Najran, who had been killed, was canonized by the Roman Catholic Church as St. Aretas. The Catholic Church honors the Christian martyrs of this Jewish holocaust on October 24. A Catholic periodical states of the atrocity:

The leader of these ancient Christians was a certain ‘Abd Allah ibn Harith (who became St. Aretas in the Roman martyrology). He and his soldiers were beheaded. Priests, deacons, nuns and laymen were thrown into a ditch filled with burning fuel. Four thousand [4] men, women, and children were slain, including a boy of five who jumped into the flames to be with his mother.[5]

I cite this example to show that the tales of persecution of Jews by the goyim since ancient items are one-dimensional and have been made into both a religion and a political doctrine that has become central to Jewish thinking and the foundations of the Zionist state; while Jewish persecution of Christians or Muslims cannot even be acknowledged by Jewish Officialdom on any level. It is the religious zealots of Orthodox Judaism who, however, blow the cover on the pathological hatred some influential sections of Judaism and Zionism have towards Christianity, while Zionist lobbyists and politicians court self-styled “Christian Zionists.”