How the NSA’s Spying on Americans Relates to 9/11 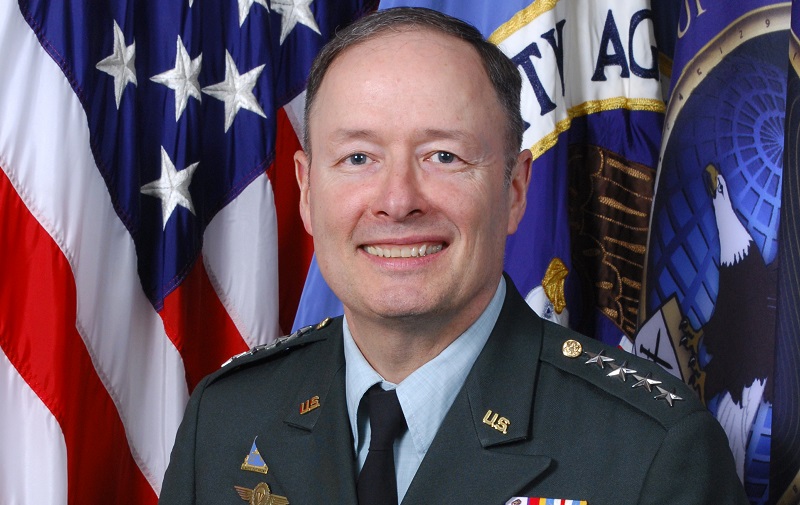 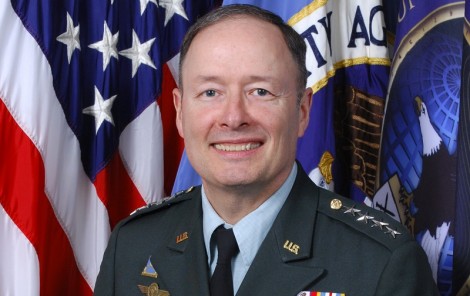 Earlier this month, National Security Agency (NSA) head Keith Alexander admitted that he had lied to the U.S. Congress and the American people in an attempt to justify the NSA’s growing surveillance of U.S. citizens.[1] In June, while attempting to defend the secret NSA programs revealed by whistleblower Edward Snowden, Alexander claimed that over 50 terrorist plots had been thwarted though collection of the phone and internet records of American citizens. Alexander said that his agency had provided Congress with 54 specific cases in which the programs helped disrupt terror plots in the U.S. and around the world.[2]

Just a few weeks before the “54 plots” claim, Alexander had testified to the U.S. Senate Appropriations Committee that NSA spying on American citizens had played a critical role in thwarting “dozens” of terrorist attacks.[3] Alexander spent the next three months declaring that the NSA’s spying on Americans was preventing terrorism and another 9/11.

None of that was true as we found out a few weeks ago. Of the 54 alleged plots, only one or two were identified as a result of bulk phone record collection, according to Alexander’s most recent comments. That number has since been whittled down to just one incident that wasn’t a terrorist plot at all but was a case of a cab driver sending cash to an alleged terrorist organization.[4] Bottom line: the NSA spying on Americans has not stopped any terrorist plots, let alone dozens or 54.

Alexander’s lies followed closely after National Intelligence Director James Clapper’s lie, or as he called it ― his “least most untruthful statement” ― that the NSA was not even collecting information on large number of Americans citizens. In March, Clapper appeared before Congress and was asked “Does the NSA collect any type of data at all on millions or hundreds of millions of Americans?” Clapper replied, “No, sir.” Clapper’s blatant lie was premeditated. Senator Ron Wyden’s office had sent him the question the day before the hearing.[5]

Overlooking these unprosecuted felonies, the idea that the NSA programs prevent terrorism is absurd given NSA’s knowledge about previous terrorist suspects. Although the Bush and Obama administrations have claimed for more than a decade that spying on Americans was justified by 9/11, the intelligence the NSA had prior to 9/11 was enough to stop the attacks. Three examples help to demonstrate this fact.

On March 7, 2001, during trial proceedings for the 1998 U.S. embassy bombings in Africa, an FBI agent read aloud in court a phone number that had been used by alleged al Qaeda plotters to plan and execute the embassy attacks.[6] This was the phone number of the “Yemen Hub,” which doubled as the home phone of Ahmed Al-Hada, the father-in-law of alleged 9/11 hijacker Khalid Al-Mihdhar. According to U.S. officials, the same phone was used for planning the USS Cole bombing and, later, the 9/11 attacks. The phone number was also published in the British weekly the Observer, just five weeks before 9/11. As author Kevin Fenton wrote: “Any of the Observer’s readers could have called the number and asked for a message to be forwarded to Osama bin Laden.”[7] This widely reported FBI gaffe should have alerted al Qaeda to U.S. knowledge of its secret Yemen operations center while also ensuring that anyone listening would know the exact al Qaeda phone number being monitored by the NSA. Despite this major tip-off, al Qaeda continued to use the phone to contact the alleged 9/11 hijackers until “only weeks before 9/11.”[8]

The NSA later claimed that, although it was listening in on the calls it didn’t want to dig into who the calls were going to in the U.S. because it did not want to be accused of spying on Americans. However, the NSA was already well aware of who was receiving the calls ― two of the alleged 9/11 hijackers. This is clarified by the second example.

According to former NSA director Michael Hayden, “In early 2000, we had the Al-Hazmi brothers, Nawaf and Salem, as well as Khalid Al-Mihdhar, in our sights. We knew of their association with al-Qaeda, and we shared this information with the [intelligence] community.”[9] The NSA knew about these suspects well before that, however, because an early 1999 NSA communications intercept referenced Nawaf Al-Hazmi, so it was clear that the NSA knew about him for more than two years before 9/11.

The third example has to do with the U.S. Army program called Able Danger that had identified and was tracking Mohamed Atta and several other of the alleged 9/11 hijackers. Alexander was running the Army’s Intelligence and Security Command at the time, and was therefore in charge of Army counterterrorism programs. Apparently, Alexander “covered up and destroyed the Able Danger discovery of two of the 9-11 terrorists prior to 9-11.”[10] The program was shut down and its records were destroyed in the year before 9/11. Erik Kleinsmith, an Army major who testified to this destruction of evidence, said that Able Danger had shown that the al Qaeda network, prior to 9/11, had “a surprisingly significant presence within the United States.”[11]

These examples indicate that the NSA knew about the alleged hijackers before 9/11 and did little or nothing to stop the attacks. Apparently the NSA is not really in the business of preventing terrorist attacks, no matter what information it obtains. What the NSA’s actual purpose is behind the mass surveillance of American citizens is not yet clear.

What is clear is that high-level U.S. leaders are becoming comfortable lying to Congress and the American people. It’s also clear that the September 11 crimes share similarities with the crimes the NSA is committing today in some interesting ways. Sure, Dick Cheney and others have been bellowing that the 9/11 attacks would have been prevented if the NSA had been able to spy on Americans. And although the examples above make it clear that those claims are false, there are important similarities between how 9/11 and the NSA spying has been handled by military and intelligence community leaders.

One way is that the recent lies told by NSA leaders are reminiscent of the lies told to Congress and the 9/11 Commission by CIA Director George Tenet and NORAD Commander Ralph Eberhart during the investigations into 9/11.[12] That’s not surprising given that Alexander got the NSA job because of his connection to Donald Rumsfeld, who had worked closely with Tenet on the deceptions behind the Iraq War and who supervised Eberhart.[13]

As described in Another Nineteen, Eberhart testified to the U.S. Senate in October 2001 that NORAD had received notification about three of the four hijacked planes with plenty of time to ensure interception and had scrambled jets from multiple bases as the attacks proceeded. Eberhart presented a timeline giving the exact times that the military was notified about the hijackings. He repeatedly told Senators that this was “documented notification.”[14]

However, the 9/11 Commission later told us that all of Eberhart’s statements were untrue. According to the Commission’s account, which exonerated the military, NORAD was not given notification about any of the hijacked flights. And although the Commission claimed that U.S. Air Force officers had knowingly provided false information on these questions, Eberhart was never held accountable.

George Tenet lied extensively about the events surrounding 9/11. He lied to the 9/11 Commission about having met with Bush in the month before the attacks, he lied under oath about CIA foreknowledge of the alleged hijackers, and he lied to the 9/11 Commission by failing to tell them about torture videos that his agency later destroyed. And although Tenet retired in 2004, his protégé John Brennan runs the CIA today and is known for lying to the public about torture and the killing of innocent civilians using drones.

The behavior exhibited by Alexander and Clapper appears to be similar to that of Eberhart and Tenet during the 9/11 investigations. Coupled with Alexander’s role in the Able Danger cover-up, people should wonder if the crimes that the NSA is committing against American citizens today are, in fact, somehow connected to the crimes of 9/11. Not in the sense of preventing terrorism, but in a way that suggests the ongoing implementation of a long-term plan to control the world’s most strategic resources and also the American people.

[10] Robert David Steele VIivas, Intelligence for the President–and Everyone Else, Counter Punch, March 1, 2009

[12] Because providing false testimony to Congress is a crime, these men would be in prison today if the U.S. justice system was still functioning.