Humanity Is Drowning In Washington’s Criminality 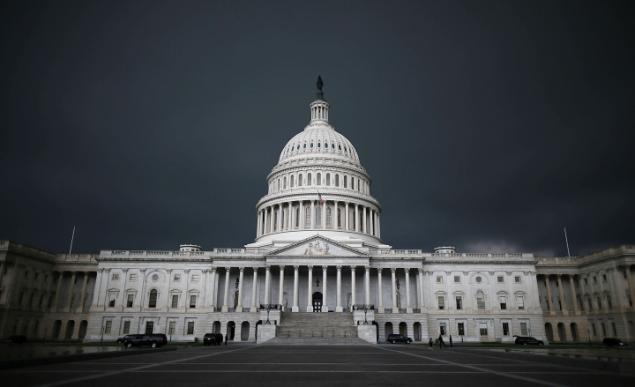 In order to be “safe from terrorists,” the US population, with few objections, has accepted the demise of their civil liberties, such as habeas corpus, which reaches back centuries to Magna Carta as a constraint on government power.  How, then, are they safe from their government?  Americans today are in the same position as the English prior to the Great Charter of 1215.  Americans are no longer protected by law and the Constitution from government tyranny.

Who do you think has more power over you, foreign terrorists or “your” government?

Washington defines all resistance to its imperialism and tyranny as “terrorism.”  Thus, Americans who defend the environment, who defend wildlife, who defend civil liberties and human rights, who protest Washington’s wars and robbery of the people in behalf of special interests, all become “domestic extremists,” the term Homeland Security has substituted for “terrorist.” Those who are out of step with Washington and the powerful private interests that exploit us, other peoples, and the earth for their profits and power fall into the wrong side of Bush’s black and white division of the world: “you are for us or against us.”

In the United States, independent thought is on the verge of being criminalized as are constitutionally guaranteed protests and the freedom of the press.  The constitutional principle of freedom of speech is being redefined as treason, as aiding an undefined enemy, and as seeking to overthrow the government by casting aspersions on its motives and revealing its secret misdeeds.  The power-mad inhabitants of Washington have brought the US so close to Gestapo Germany and Stalinist Russia that it is no longer funny. Indeed, it is sometimes difficult to see the difference.

And neither does the rest of the world. Neoconservatism has created a new dangerous American nationalism.  Neoconservatives have given Washington a monopoly on right and endowed its military aggressions with a morality that supersedes the Geneva Conventions and human rights. Washington, justified by its “exceptionalism,” has the right to attack populations in countries with which Washington is not at war, such as Pakistan and Yemen. Washington is using the cover of its “exceptionalism” to murder people in many countries. Hitler tried to market the exceptionalism of the German people, but he lacked Washington’s Madison Avenue skills.

Washington is always morally right, whatever it does, and those who report its crimes are traitors who, stripped of their coddling by civil liberties, are locked away and abused until they confess to their crimes against the state. Anyone who tells the truth, such as Bradley Manning, Julian Assange, and Edward Snowden, are branded enemies of the state and are ruthlessly persecuted.

How does the “indispensable, exceptional nation” have a diplomatic policy?  How can a neoconized State Department be based on anything except coercion?  It can’t. That is why Washington produces nothing but war and threats of war.

Wherever a person looks, whatever a person hears, it is Washington’s threat—“we are going to bomb you into the stone age” if you don’t do what we want and agree to what we require. We are going to impose “sanctions,” Washington’s euphemism for embargoes, and starve your women and children to death, permit no medical supplies, ban you from the international payments system unless you relent and consent to being Washington’s puppet, and ban you from posting your news broadcasts on the Internet.

This is the face that Washington presents to the world: the hard, mean face of a tyrant.

Washington’s power will survive a bit longer, because there are still politicians in Europe, the Middle East, Africa, Asia, Latin America and in Canada, Australia, New Zealand, and the NGOs in Russia, who are paid off by the almighty dollar. In exchange for Washington’s money, they endorse Washington’s immorality and murderous destruction of law and life.

Rome was powerful until the Germans ceased to believe it. Then the rotten edifice collapsed. Washington faces sooner or later the same fate. An inhumane, illegal, unconstitutional regime based on violence alone, devoid of all morality and all human compassion, is not acceptable to China, Russia, India, Iran, and Brazil, or to readers of this column.

The evil that is Washington cannot last forever. The criminals might destroy the world in nuclear war, but the lawlessness and lack of humanity in Washington, which murders more people as I write, is no longer acceptable to the rest of the world, not even to its European puppet states, despite the leaders being on Washington’s payroll.

Gorbachev is correct. The collapse of the Soviet Union was a debacle for the entire world. It transformed the US from the “city upon the hill,” the “beacon for humanity,” into an aggressive militarist state.  Consequently, Amerika has become despised by everyone who has a moral conscience and a sense of justice.