Dahiyeh: Diaries from a Tense Suburb 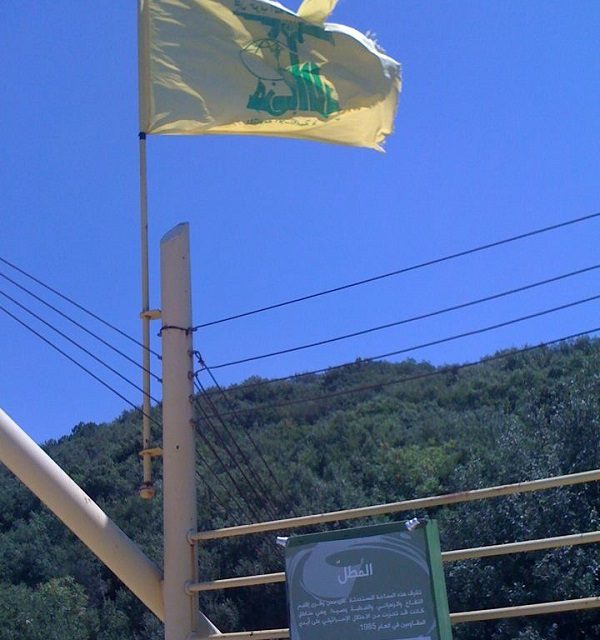 (Photo courtesy of the author)

BEIRUT – Any observer of the political spectrum in the country will tell you that Lebanon today appears to have become more fragile than ever since the end of its bloody civil war some 23 years ago.

If you currently reside in Beirut, you’d be hard pressed to find anyone, like this author currently carrying out academic research, who doesn’t smell the ever-foul air of division, tension, vacuum and potential for a new round of internal conflict being ignited—in close proximity. 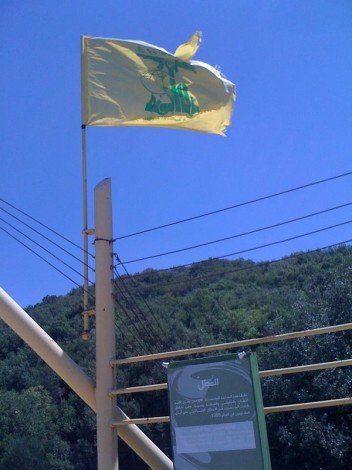 (Photo courtesy of the author)

The process of forming a new cabinet, for one thing, remains in a state of limbo.

It’s been just over four months that a Prime Minister designate from the pro-American March 14 alliance was selected, yet their insistence on a cabinet that denies the opposing March 8th alliance, by popular vote the majority, a right to veto unpopular decisions, is preventing an executive from springing to life.

This in turn has rendered the leadership of the state’s sectarian military and security apparatus to a dangerous standstill—since the incumbent caretaker government lacks any legitimacy to make appointments for sensitive positions of the state.

Then there’s the issue of the more than half a million Syrian refugees that have trickled into the country in scenes reminiscent of the Palestinians during the pre-civil war era, disturbing the already delicate sectarian imbalance—and something which major Christian political leaders are increasingly speaking out on.

In this deeply sectarianized nation, ever-polarizing political crosstalk and ensuing indifference resulting from the lack of a representative government, the spill over from the conflict in Syria, the fear of renewed Israeli belligerence coupled with already existing economic woes, has become an open, and sometimes deadly, indulgence.

And one can see and hear it almost everywhere.

The Shisha-smoking old curmudgeons on the busy Hamra street, students in the library of the American University, the Cappuccino-sipping Bourgeois in the myriad of Café’s in downtown Beirut and of course those bloodcurdling taxi drivers who’s antidote for traffic congestions seem to be the spewing of political profanities.

But for the country’s powerful Islamic resistance movement, Hezbollah, being firmly pitched at the forefront of the invariably dangerous situation has encouraged them, if anything, to become as defiant and steadfast as ever.

It’s clear-cut in their minds, as it is to many Lebanese, that segments of the international community lead by the U.S. and Saudi-Arabia and actualized on the ground by those who oppose it, that a litany of conspiracies have been hatched in order to try and dent its power and influence.

The March-14 alliance, headed by Saad Hariri, not only habitually blames it for anything and everything happening Lebanon, including collusion in the recent kidnapping of two Turkish pilots, but is also now hell-bent on denying the formation of a cabinet that involves their members if there’s no prerequisite to disarm first—leading to even more political uncertainty.

The E.U. recently designated its military wing, with considerable pressure from the U.S. and Israel, as a terrorist entity—a rather bizarre action since any Hezbollah observer will agree that the movement’s branches have always worked in unison and clearly only have one command and control structure.

The internationally-backed war on the Syrian government, now led by Al-Qaeda-allied Takfiri groups, has recently resulted in them firing rockets and setting off car bombs in its constituent areas—making the otherwise hospitable residents of Beirut’s southern suburbs, rife with suspicion and attentiveness.

And as if all this was not enough, a recent Israeli incursion over the border in the south, although somewhat trapping and injuring the soldiers involved, only serves to highlight the ever-growing multitude of threats the movement is facing.

But for the interested observer, a short walk through any of Beirut’s southern suburbs will quickly leave you with an imprint of a people whose mood is far from cowering.

This author today inspected the recent terrorist car bombing of a parking lot located in the neighborhood of Bir Al Abed – incidentally the same neighborhood where in 1985 a massive CIA car bombing killed dozens of people in a brutal attack that targeted, but missed, the late Shi’ite spiritual leader Syed Fadlallah.

The twisted and burnt-out wreckage of a car, small bomb craters in an adjacent building and damaged tarmac—is the only residue that remains of the attack that injured dozens of innocent civilians.

But for those living and working in and around the site, which continues to be used as a car park, the unwavering faith in Hezbollah and the fight to prevent Takfiri’ism from crossing into the country—is the only message that is readily conveyed.

Moving on to Hezbollah’s main stronghold of Haret Hreik, and despite evidently increased security measures as well as extra-suspicious eyes directed against individuals who are not local, the mood relayed to me over Arabic coffee by a group of residents was one of normalcy and strength of faith in the ideals espoused by the movement.

But to truly appreciate the magnitude of Hezbollah’s appeal, especially in these critical times, one must visit the nearby neighborhood of Chiyah, at the epicenter of which you find the ‘Rawdat Al-Shahidayn’—or Martyr’s Mausoleum.

The Islamic-calligraphy covered complex is the final resting place for many of the movement’s leaders and combatants who’ve fallen either during the many battles with its Israeli enemy, or more recently, the fusion of Al-Qaeda allied terrorists that they find themselves having to reluctantly battle in neighboring Syria.

It’s here that pitched almost at the center of the first indoor building, one comes across the grave of the movement’s slain visionary and once powerful military commander, Hajj Imad Fayez Mugniyeh.

To the unassuming observer, watching thousands flock to pray and hold candle-lit vigils at the grave of Mugniyeh may seem like an ordinary ritual attributed to the Islamic faith.

Yet the very spirit of cohesiveness and resistance that was for so long espoused by the enigmatic commander still appears to be emanating ever more crucially from his grave.

It’s here you find Hezbollah’s die-hard supporters and families awash with open talk about how its many enemies have concocted a well thought-out plan to cripple both the movement’s widespread appeal as well as military prowess—by slowly embroiling it into a dirty sectarian war vis-à-vis the conflict in Syria.

The plan they believe, is to flood Lebanon with Islamic militants from within Syria and afar as an audacious but ill-fated move to render the country to the brink of civil war as a pressure tactic to enrage the majority of Lebanese that they begin openly calling for Hezbollah to be stripped of its right to bear arms.

It’s difficult for one to project the flood of militants, sporadic attacks and tit-for-tat kidnappings in any other way—especially when you consider the silence that those who oppose Hezbollah long confined themselves to over the now fugitive extremist cleric Sheikh Ahmed Al Assir.

The residents of Dahiyeh have a binary option in the face of the newfound threat, become passive or resist. It is an atmosphere of fatalistic aggression and the message from these suburbs is that they’re not going to be the ones that blink first.