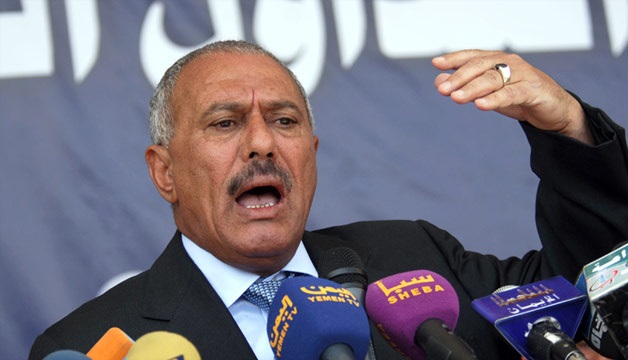 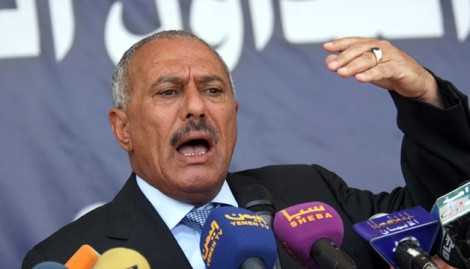 Considering the off-putting reality, one fails to imagine a future scenario in which Yemen could avoid a full-fledged conflict or a civil war. It is true that much could be done to fend off against this bleak scenario, such as sincere efforts towards reconciliation and bold steps to achieve transparent democracy. There should be an unbending challenge to the ongoing undeclared US war in the impoverished nation.

Alas, none of the parties in Yemen’s prevailing political order has the sway, desire, or moral authority to lead the vital transition necessary. It is surely not the one proposed by the Gulf Co-operation Council (GCC), but rather a homegrown political evolution that responds to Yemen’s own political, security, and economic priorities, and not to the strategic interests of ‘Friends of Yemen’ being led by the United States.

Although it is much less discussed if it is to be compared to Egypt’s crippling political upheaval, or even Tunisia’s unfolding crisis, Yemen’s ongoing predicament is in fact far more complex. It directly involves too many players, notwithstanding al-Qaeda in the Arabian Peninsula (AQAP) and the US bloody drone war that is unleashed from Djibouti, among other places.

In the period between July 27 to August 9, 34 people were killed in Yemen by US drone attacks. The US government mechanically considers those killed al-Qaeda terrorists, even if civilians are confirmed to be among the dead and wounded. Most media qualifies such statements by describing the victims as ‘suspected militants’. International human rights groups and Yemen’s civil society organizations – let alone the enraged people of Yemen – insist on delineating the toll on civilians. Entire Yemeni communities are in a constant state of panic caused by the buzzing metal monsters that operate in complete disregard to international law and the country’s own sovereignty.

Frankly, at this stage, it is hard to think of Yemen as a sovereign and territorially unified nation. While 40 percent of the country’s population is food insecure, and more are teetering at the brink of joining the appalling statistics, the country’s foreign policy has been long held hostage to the whims of outsiders. There is a lack of trust in the central government which historically has been both corrupt and inept by allowing non-state actors to move in and fulfill the security and economic vacuum.

Prior to the Yemeni revolution in Jan. 2011, the US was the most influential outside power in shaping and manipulating the Yemeni central government. Its goal was clear, to conduct its so-called war on terror in Yemen unhindered by such irritants as international law or even verbal objection from Sana’a. The now deposed President Ali Abdullah Saleh, whose family-controlled dictatorship of thirty years was the stuff of legends in terms of its corruption and self-centeredness, obliged. He too had his personal wars to fight and needed US consent to maintain his family-controlled power apparatus. Just weeks prior to the revolution, then-Secretary of State Hilary Clinton visited Sana’a. She applied gentle pressure to Saleh to dissuade him from pushing the parliament to eliminate term limits on his presidency, as if three decades in power was simply not enough. At the heart of the mission was the expansion of the counter-terrorism campaign in Yemen. The bloody US campaign involving the Pentagon and the CIA has been under reported. One of the reasons why the war was never classified as ‘war’ is because it was conducted under a political cover by Sana’a itself and sold as if it were military cooperation between two sovereign governments against a common enemy: Al Qaeda.

But reality was of course vastly different. Much of Saleh’s supposed anti-AQAP efforts were in fact channeled against the revolutionary forces and political opposition that had assembled together in millions, demanding freedom and an end to the dictatorship. What are the chances that the US didn’t know such a well-reported fact?

Unlike Egypt, the US military interest in Yemen is not merely done through buying loyalty with a fixed amount of money and sustaining a friendly rapport with the army. It is about control and the ability to conduct any military strategy that Washington deems necessary. And unlike Afghanistan, Yemen is not an occupied country, at least technically. Thus the US strategy regarding Yemen has to find a sustainable balance between military firmness and political caution. This explains the leading role played by the US in negotiating a safe path for the central government, army and the ruling party – excluding Saleh himself – to elude the uncompromising demands of the country’s revolutionary forces. To some degree, the US has succeeded.

Part of that success was due to Yemen’s existing political and territorial fragmentations. With Houthis controlling large parts of northern Yemen, the southern secessionist movement Haraki in the south, militant infiltration throughout the country, and a political opposition that has constantly lagged behind a much more organized and progressive Yemeni street, Yemeni society is much too susceptible to outside pressures and manipulation. The Yemeni revolution was never truly treated as such, but instead as a crisis that needed to be managed. The GCC brokered power transfer initiative was meant to be the roadmap out of the crisis. However, it merely replaced Saleh with Abd-Rabbo Mansour Hadi and set the stage for the National Dialogue Conference – underway since March 18. The transition thus far has been buttressed with the backing of the ‘Friends of Yemen’, so as to ensure that the process leading up to the elections that are scheduled for 2014, is done under the auspices and blessings of those with unmistakable interest in Yemen’s present and future.

It is barely helpful that Yemen’s supposedly united opposition is hardly that, and differences are widening between the coalition of the opposition groups named the Joint Meeting Parties (JMPs). An example of that was publically displayed following the army-led coup in Egypt on July 3. While supporters of the Islah Party – considered an ally of the Muslim Brotherhood – protested the coup, other coalition members and the Houthis greeted the news of coup with gun shots and public celebration. To make matters worse, the interim president Hadi congratulated Egypt’s transitional government for its post-coup role.

Even if the revolution is yet to reap tangible results in its quest for fundamental change towards democracy, the national mood, separate from Hadi and the opposition, is unlikely to accept half-baked solutions. Meanwhile, the militants are regaining strength and so is the US political intervention and drone war. All in turn are contributing to a burgeoning discontent and anti-American sentiment.

Between revolutionary expectations and less than mediocre reforms, Yemen is likely to embark on yet a new struggle whose consequences will be too serious for any disingenuous political transition to manage.