Back against the wall no more: How ASEAN can stand up to China in the South China Sea disputes

The ongoing disputes in the South China Sea (SCS) present a major challenge for the Association of South East Asian Nations (ASEAN), the United States, and Asia. How China deals with disputant nations in the SCS can be read as a signal of China’s broader—either benign or aggressive—intentions in the region.

As things currently stand, China seems to lean toward a harder and more robust stance in staking and defending its claimed territories that falls within its ‘nine dotted line’ map, and it adumbrates a grim outlook for the region. China’s assertiveness has seen them stage a massive naval exercise at the southernmost tip of its ‘nine dotted line’ territorial claims. Worryingly, this display of military force is not unusual and follows a pattern of repeated marine and aerial incursions into disputed territories. These tactics have been labeled ‘salami slicing’ tactics, and it portends revisionist tendencies of a resurgent and supremely confident China. Concomitantly, as China continues to grow economically, it has not been hesitant in leveraging its economic heft to threaten and sanction disobedient countries in the SCS quarrels. One example is the unofficial economic sanctions leveled against Philippines via a ban on Banana imports (a main industry in the Philippines) and tours to the Philippines. The flexing of China’s military muscle; the threat of economic punishments; and the apparent ease in which force could be employed points suggestively that China is certain to continue its bullying tactics on individual countries. This continued harrying does not bode well for the region and does little to assuage worries of China’s aggressive rise. For stability and peace to endure, new ways of dealing with China in the region with regards to the SCS disputes need to be formulated.

What can be done, then, by claimant countries in face of such assertive and bellicose behavior by a, clearly, militarily superior country? Unfortunately, individual countries do not hold much (if any) economic, military or diplomatic ‘chips’ to deal with China bilaterally, without being disadvantaged, over their disputes. This also explains China’s predilection towards one to one dealings with claimant countries. The United States has stressed their neutral stance in the disputes, so what is left for disputant countries?

I believe the logical answer lies in ASEAN. There were attempts to ‘regionalize’ the SCS dispute through ASEAN, most recently in 2012, but those efforts were frustrated by Cambodia—widely seen as a key ally of China. Of late, in a refreshingly positive move, China agreed to discuss a ‘Code of conduct’ over the SCS disputes, although how this ‘acquiescence’ translates to genuine overtures from China is still a question mark. What is certain though is that, in lieu of this development, ASEAN should seize the initiative and the window of opportunity to push for greater stability and certainty in dealing with territorial disputes in the region vis-à-vis China.

First, outstanding SCS disputes between ASEAN claimant countries—for example, the Spratly islands involving Malaysia, Vietnam, Brunei and the Philippines (and China)—should be negotiated immediately under the ambit of ASEAN.  The commencement of such a settlement through ASEAN would do three things. First, it enables ASEAN to be ‘tested’ as a resolution mechanism for maritime territorial disputes. Second, this undertaking would, intrinsically, build up the cultural, institutional, and diplomatic repertoires to handle territorial issues, thus placing ASEAN firming in the driving seat for maritime territorial defrayal. Finally, it builds a moral plane on which ASEAN, by getting its own house in order and by proving the efficacy of ASEAN as a settlement device, can better discuss and negotiate with China.

And ASEAN can do more. Even non SCS related maritime issues between claimant and non-claimant ASEAN countries—such as maritime boundaries between Indonesia and Singapore—should be expedited to boost intra ASEAN confidence and to send a message of unity and political willingness, increasing bloc solidarity.

Pertinently, such an ASEAN exercise would stress that any form of bullying—whether perceived or real—cannot and would not be tolerated anymore. Such consonance would force China’s hands not so much as to give up its claims but to at least cease its bullying strategies and, at the minimum, sincerely listen to what these countries have to say.

Essentially, this signals to China that while they respect and welcome China’s rise, ASEAN is not prepared to bow quietly if arm-twisting tactics are repeatedly dispensed. Individually, these countries might be weak but collectively—while still nowhere near China’s military or economic equal—they can pack a real punch. 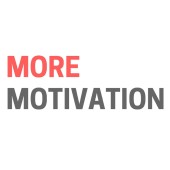 Dylan holds a Master of Science in International Relations from the Rajaratnam School of International Studies (RSIS) in Singapore.