How the U.S. Supports Democracy in Egypt 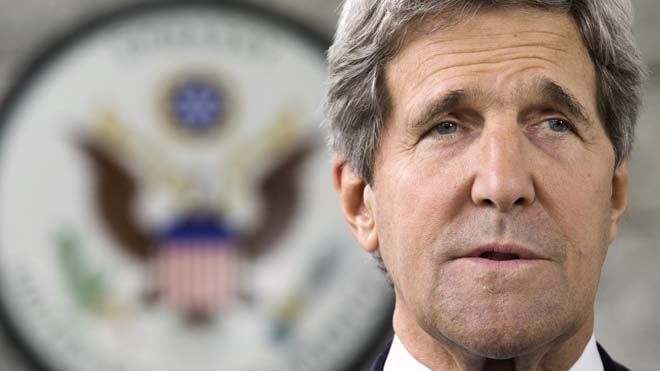 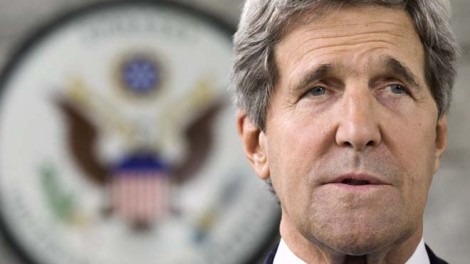 When the Obama administration announced on July 25 that it was free to violate U.S. law by continuing to finance the Egyptian military to the tune of $1.5 billion annually, even though it was responsible for overthrowing the democratically elected president of Egypt, Mohamed Morsi, in a coup d’tat on July 3, the message was understood loud and clear in Cairo. Two days later, the Egyptian military massacred over 70 demonstrators who were protesting Morsi’s ouster.

The commander of the Egyptian armed forces, Abdel Fattah al-Sisi had sought a “mandate” for the military’s actions, calling on supporters of the coup to take to the streets in a show of support. “Although he has vowed to lead Egypt through a democratic transition,”  Robert Springborg pointed out in the journal Foreign Affairs, “there are plenty of indications that he is less than enthusiastic about democracy and that he intends to hold on to political power himself.”

The response from the U.S. Congress and the White House to the massacre was nevertheless that there remained little interest in complying with U.S. law and cutting off the aid. The editors of the New York Times weighed in that “American military aid to Egypt should not be cut off”, despite this being a requirement of U.S. law. The Times nonsensically added that “Washington’s leverage” to prevent such violence “has been limited, despite $1.5 billion in annual military aid”. The editors didn’t bother to even attempt to explain why $1.5 billion didn’t amount to a great deal of leverage, indeed.

The military understood the continued message from the U.S. unambiguously. On July 31, it ordered its security forces to put an end to sit-ins by thousands of Egyptian demonstrators who were protesting the coup. The military’s transitional government, after Sisi having called on people to take to the streets to support its actions, characterized those who took to the streets to oppose them as terrorists, calling them “a threat to the Egyptian national security” and their sit-in demonstrations at Rabaa al-Adaweya and Nahdet Misr squares in Cairo hotbeds of “terrorism”, “an unacceptable terrorizing of citizens.” The minister of the media, Dorreya Sharaf el-Din took to the airwaves to declare that the crackdown on demonstrators was necessary because the people of Egypt had given the military a “huge mandate” for “dealing with terrorism and the violence that threaten the dissolution of the state and the collapse of the homeland”. The sit-ins must be dispelled by force, he said, “in order to protect the national security and higher interest of the country, and the social peace and the safety of citizens.”

Amnesty International criticized the military’s order as “a recipe for further bloodshed.” Amnesty’s deputy director for the Middle East and North Africa, Hassiba Hadj Sahraoui, said that, “Given the Egyptian security forces’ record of policing demonstrations with the routine use of excessive and unwarranted lethal force, this latest announcement gives a seal of approval to further abuse.”

Nevertheless, when asked about the military’s orders, all deputy State Department spokeswoman Marie Harf had to offer was the meaningless statement that the Obama administration had “continued to urge the interim government officials and security forces to respect the right of peaceful assembly. That obviously includes sit-ins.”

The day after the military issued orders to use force to end demonstrations against its overthrow of the democratically elected president, Secretary of State John Kerry was asked in an interview about the U.S. position on the coup. He replied by defending the coup, saying that the military “was asked to intervene by millions and millions of people, all of whom were afraid of a descendance into chaos, into violence”–a threat not obviously mitigated by overthrowing the democratic government and cracking down with deadly force on those who protested this action. The military, he nonsensically declared, “did not take over” the country. There was a “civilian government” in place, he said, without bothering to point out that it had been put there by the military. “In effect,” Kerry asserted, by using force to overthrow the democratically elected government and installing an unelected regime to take its place, “they were restoring democracy.”

At that point in the interview, the reporter, Hamid Mir of Pakistan’s Geo TV, interrupted to inquire whether “killing people on the roads” was compatible with Kerry’s assertion of the military “restoring democracy”. “Oh, no”, Kerry replied. “That’s not restoring democracy, and we’re very, very concerned about, very concerned about that.” He meaninglessly added that he had “been in touch with all of the players there” and that the Obama administration had “made it clear that that is absolutely unacceptable, it cannot happen” — even though it had already happened, and even though it had already been made clear that if it did happen once again, the money expropriated from the U.S. taxpayers to be given annually to the Egyptian military would continue to flow.

Just another recent example of how the U.S. supports democracy around the world.