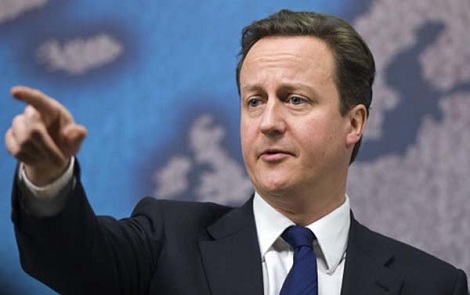 Leaving the scandal of horsemeat contamination of processed meat products behind, British Prime Minister David Cameron flew to India for a three-day visit (February 18-20), boasting the largest-ever trade delegation he had led to a foreign country. The aim of young Cameron was to clinch multi-million pound deals with the world’s second most populous nation, and a vibrant and rising economy. The reasons behind his mission to India were domestic as well as foreign.

Cameron leads a wobbly government in coalition with the Liberal Democratic Party, which has all but abandoned many of its policies on civil liberties, minority rights, the nature of Britain’s relationship with the European Union, and the welfare state. In essence, the Liberal Democrats, whose leader Nick Clegg has the title of deputy prime minister with no portfolio, have become the enablers keeping in power a Conservative Party that is itself fatally divided over how far right to move on some of the most fundamental issues.

Britain’s Conservative prime minister, his finance minister George Osborne, and a group of ministers to the right, are enforcing draconian cuts that, many experts complain, are making economic recovery more difficult. The Liberal Democrats have become supporters of war. A former Liberal Democrat leader, now a party grandee, Lord Paddy Ashdown, recently defended President Obama’s drone wars that, according to several authoritative studies, including one by Stanford and New York Universities, have killed thousands of innocent people. In an astonishing defense of Obama’s “kill list,” Lord Ashdown asserted that the president’s policy had more accountability than ever before. A U.S. president secretly ordering to kill specific individuals, and others who happen to be in the targeted area, without Congressional or judicial scrutiny, is somehow “more accountable than ever”? One does not know what to say––except that power has clearly elevated Lord Ashdown and Deputy Prime Minister Nick Clegg to a different planet.

Against this backdrop, Prime Minister Cameron went to India to seduce politicians in government and big business with a basket of offers. He reminded his hosts of India’s colonial links with Britain, and sought to press the Indian government to buy Eurofighter aircraft, in which Britain has a stake, instead of French multi-role combat planes already being negotiated. Cameron had been promising his party MPs that he would be pushing the deal aggressively, failing to realize that the Indians do not like being told what to do by the British, especially by a Conservative prime minister. In such an event, the Indian response would likely be to buy from anyone except India’s former colonial rulers.

Cameron leads a party which continues to live in the Churchillian past. He simply misread India’s historical development, and was badly advised as he embarked on his visit. Cameron failed to accept the reality that India, a country twenty times larger in population than the United Kingdom, was not a client state that could be pressured. The Indians would be courteous in welcoming him, but were quite capable of turning the tables, and would rebuff unwanted offers. The signs were there some while ago when India told Britain that it did not want a few hundred million pounds worth of British aid, describing it as “peanuts.” The British government’s increasingly hostile anti-immigrant rhetoric and policies to placate the political right at home were alienating many Indian residents and new students coming to Britain. The consequences of this went largely unnoticed in Cameron’s circle.

There is an unmistakable propensity in today’s Britain to blame “immigrants” and “asylum-seekers” for all the ills––from filth to chaos and crime in the streets, as well as unemployment among white Britons. Alienation and frustration of those less fortunate are alarming, but their causes are easier to explain. However, the eagerness of the political class to join in the chorus of xenophobic hysteria, and to craft legislation to placate the Right are much harder to understand because of the risks this entails. News reaches distant places with lightning speed in a globalized world. Indian students, increasingly better informed and direct, told the BBC, as Cameron sought to woo them, that they thought the British attitudes were a “little racist.” They would rather seek other destinations for education, or stay in their own country.

As he visited the historic Golden Temple of Amritsar and the nearby site of the 1919 Jallianwala massacre of hundreds of men, women and children, committed on the orders of General Reginald Dyer, Prime Minister Cameron described the episode as a “deeply shameful event.” But he stopped short of issuing an outright apology. That was not enough for historians and ordinary citizens alike in India. Among other questions raised was whether the British government would please return the Koh-i-noor to India. The world’s most precious diamond had been taken to Britain following the imperial power’s annexation of the Punjab into the Empire in 1849. For ten years prior to that, the British administrators had failed to execute the last will of the Punjab ruler Ranjit Singh, who had the diamond until his death. Cameron could not have agreed, so he said that he did not believe in “returnism.”

By the time the British prime minister met his Indian counterpart Manmohan Singh in Delhi, the deal to sell AgustaWestland helicopters to India seemed to have been scuppered. It was suggested to Cameron that Britain cooperate with the Indian authorities in providing more information about allegations that the Anglo-Italian helicopter manufacturer based in the United Kingdom had attempted to bribe influential figures to secure the deal with India. The British prime minister promised to do so, and returned home, leaving a “wish list” behind.