The Libyan No Fly Zone: Responsibility to Protect and International Law 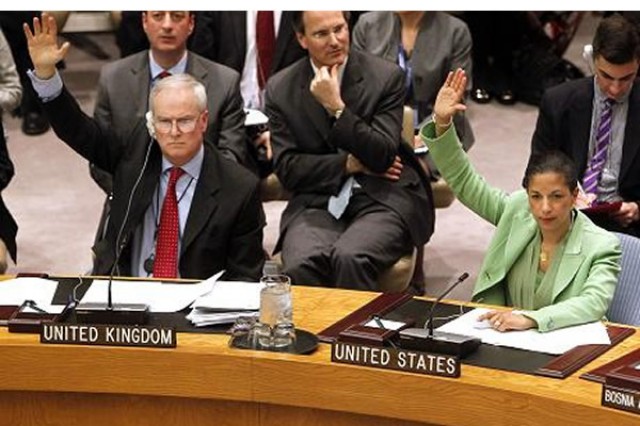 Just as Secretary Gates had said, enforcing a no fly zone in Libya requires an attack on Libyan military assets, specifically air defense systems, in the initial phase.  These attacks are now underway.  There had been a good deal of debate over the wisdom of this action over the course of the uprising in Libya.  But once the Arab League came out in favor of a no fly zone and the Security Council approved the measure, it became a question of when rather than whether to launch attacks.  There is now of course a veneer of legality for the action, given the UN approval, the stance taken by the Arab League, and the participation of token Arab States in the coalition.  But the consequences of the action remain difficult to predict. 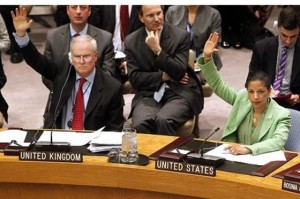 Many observers are already saying that the action has come too late and may therefore be unsuccessful.  The hidden agenda behind such statements is that the goal is regime change and, if Gaddafi doesn’t fall, further action would be justified.  My personal assessment is that there is a glaring double standard in play.  If Libya, then why not Yemen and Bahrain?  The answer is obvious of course; it is a question of alliances.  Bahrain is an ally for the West and action against the regime there would result in the strengthening of the Shiite majority and shift power in the region toward Iran.  Such is the moral bankruptcy of realpolitik.  But a more subtle concern is how this military intervention may affect the political trends within the Arab revolution that began in Tunisia and until now has been secular, democratic and culturally progressive.  With Western powers bombing an Arab country once again and inflicting civilian casualties (which ostensibly is what the UN decision intended to prevent), there is bound to be negative reaction on the Arab street.

The broader question that we need to examine is the question of ‘the responsibility to protect.’  Debates have taken place in the UN and books have been written on the issue, but we now have a tangible case through which we can consider both the process and the consequences of accepting ‘R2P’ as a guiding principle in international affairs.  The balance of this article examines just this question.

First let’s consider the process.  Should international law govern political events that are internal to a recognized nation state?  China, Russia and other countries have adamantly answered negatively in the past, although in this case they chose silence over exercising a veto.  What this detail tells us is that the process of decision making is flawed; approval or rejection of proposals to intervene is based upon the balance of interests and alliances within the Security Council and not upon an established legal procedure.  Most of us have difficulty supporting Gaddafi; he is a buffoon as well as a tyrant.  So it is not so terribly surprising that he garnered little support during the debate in the Security Council.  But surely, if the UN intends to establish R2P as a legally binding principle, there should be a broader exchange of views leading toward a consensus opinion and followed by a written legal document to govern future decisions.  The framework for such a process is not in place and without such a framework all future decisions will similarly be ad hoc.  This is not a prescription for international justice.

A second relevant question is whether the decision process belongs within the Security Council or elsewhere.  The problem with the Security Council is that it is dominated by major powers who wield veto rights.  This state of affairs is a legacy of the founding of the UN after WWII.  Given the developments in world affairs and the trend toward a multi-polar context, it is high time that the UN charter be amended.  As a first step, membership in the Security Council should be revised to include all G20 nations and to cancel all veto rights.  Decisions could then be taken through majority vote (or perhaps enhanced majority).  And again these votes should be exercised following a legal argument presenting the case based upon an approved framework of international law.  All those in favor of R2P please speak up and insist that the UN immediately initiate discussion toward establishing legal precedent along the lines I am suggesting here.  All those who claim to support R2P, but who refuse to allow such amendments to UN process, will be unveiled.  In actual fact what they favor is conditionality in the enforcement of R2P.  The condition is that the target country should be a candidate for regime change and for the extension of the West’s influence.  Otherwise, as in the case of Bahrain, the internal conflict is to be overlooked.

There are two subsidiary issues that demand examination within my proposed framework.  First, what role should nations within the region play in the decision process?  In the present case the Arab League recommended the no fly zone for Libya, but failed to mention either Yemen or Bahrain.  The Arab League recommendation clearly influenced the UN decision.  It seems unlikely to me that Russia and China would have remained silent without the endorsement of the Arab League.  But the Arab League itself is a group of semi-democratic and dictatorial regimes which evidently have their own interests in mind.  One might also ask why the Arab States did not intervene themselves or ask the UN to approve such an intervention.  This question leads into the second subsidiary issue: Once the UN approves intervention in the internal affairs of a country, who should enforce the decision and how?

The R2P principle suggests a UN mandate to police the world.  But the UN has insufficient means to enforce decisions itself.  Hence the US, as always, exercises the role of the world’s police force.  But it is inappropriate in principle for any one country to play such a role.  In any case policing the world is an entirely different concept to what we see unfolding today.  The coalition (largely dependent upon US military assets) is engaging in an air attack on Libya and the US has announced that it will not send ground forces.  Gaddafi’s forces have already gained the upper hand on the ground, so how is the air attack going to successfully protect civilians in Libya?  Simple: it is not!  There can be no protection without a police force on the ground.  This last observation brings us back to Secretary Gates’ earlier objection and reveals a fundamental problem in establishing a role for the UN in policing the world.  There are simply too many military assets available across the world to permit a policing role without first launching a high tech military assault.  The vast proliferation of arms in the world is a legacy of the cold war and the influence of the military industrial establishment.  There cannot, I would therefore argue, be a successful and just R2P policy without first successfully implementing a global disarmament program.  Yes R2P has its merits, but first we need to reform the UN charter and dramatically reduce arms across the global community.