The Prospects for Missile Defense Cooperation Between NATO and Russia 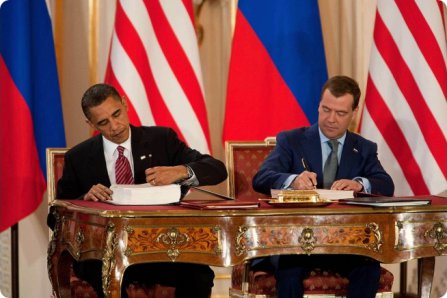 “It could not be called cooperation. It’s not even a marriage of convenience. It’s like living separately in different apartments, with different entrances and addresses.”[1] 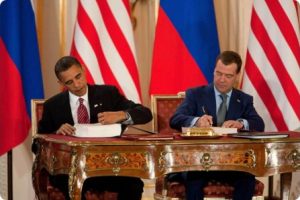 Collaboration with Russia on missile defense is expected to proceed with the exchange of information and potential synergy between NATO’s capability and a missile defense system operated by Russia. Moscow’s vision is for a full-fledged missile defense architecture in Europe. Russia’s proposal entails cooperating in a “sectoral” format in which parties will be responsible for intercepting ballistic missiles coming from specifically assigned geographic areas. The system will incorporate a joint NATO-Russia threat assessment and decision making mechanism.[6]

Second, Russia has demanded the status of “equal” partner as a prerequisite for participating in a potential NATO-Russia missile defense architecture.[8] This request is a result of fears that an exchange of information between Russia and NATO will restrain Russia’s strategic nuclear potential. However, the Alliance is faced with technical and political considerations that prevent it from agreeing on a full-fledged cooperation.

Under Article 5 of the Washington Treaty, collective defense is the sole responsibility of NATO Member states. The arrangement does not envision a legal responsibility for partner states to participate in collective defense. Hence, information exchange and possible synchronization of two independent systems is the only workable solution from NATO’s perspective. Furthermore, a cooperation framework that restricts in any way NATO’s ALTBMD initiative — and U.S PAA as the major national contribution to it — will surely fail to be ratified before the U.S. Senate. The Senate has already demonstrated its uneasiness with Russia’s potential interference with U.S. ballistic missile defense under the New START.

Implementing the New START is likely to dominate the political arena throughout 2011, particularly as it precedes presidential elections in both states. The treaty was put through a lengthy and highly politicized ratification process that put U.S. ballistic missile defense in the spotlight. The U.S. Congress endorsed the agreement n its ‘lame duck’ session on 22 December 2010 with a commitment to continue its missile defense initiative unrestrictedly. On 25 January 2011, Russia’s Duma ratified the New START with the reservation that Russia could withdraw from the arrangement should the advancement of U.S. missile defense pose a threat to its nuclear deterrent.

Having lodged the instruments of ratification on February 5, 2010, entry into force of the Treaty has marked a major success in President Obama’s landmark policy against nuclear proliferation. However, following the mid-term elections of 2010, the President can no longer afford to face a Republican dominated legislature with any matter that threatens U.S. ballistic missile defense potential. Similarly, President Medvedev is unlikely to take any chances by diluting Russia’s participation in NATO’s theater missile defense; The Kremlin will only agree to cooperate with the Alliance as an equal player while preserving its strategic interests.

Missile defense is also a highly politicized issue in Russia. Moscow is concerned with the later stages of the PAA (2015 – 2020), which will see the installation of land-based SM-3 interceptor sites in Poland and Romania. The deployment of U.S. missile defense assets in Europe is perceived as a threat to Russia’s second-strike capability. Russia has responded by claiming to have developed a new generation of warheads that could potentially overcome America’s missile defense shield.[9] Despite U.S. reassurance that the interceptors in Europe are meant to preempt ballistic missile strikes from Iran, and that they are technically incapable of interfering with Russia’s nuclear potential, the threat rhetoric has generally been adopted by the political realm in Russia.[10] Hence, the strategic costs associated with U.S. PAA to achieve missile defense is expected to be manipulated by Russian politicians in the months preceding presidential elections. This will make it particularly difficult for President Medvedev to bargain the terms of Russia’s engagement in NATO’s territorial missile defense.

The advancement of President Obama’s missile defense program can put additional pressure on Medvedev’s domestic agenda. Successful tests were carried out in late January, marking technological progress in Obama’s PAA. The program’s adherence to its tight timeline may prove alarming to Russia and encourage it to seek alternative means of pressuring the U.S. and NATO to agree on a more favorable framework for cooperative missile defense.