Can’t We Talk About It? — The Coming Financial Crisis 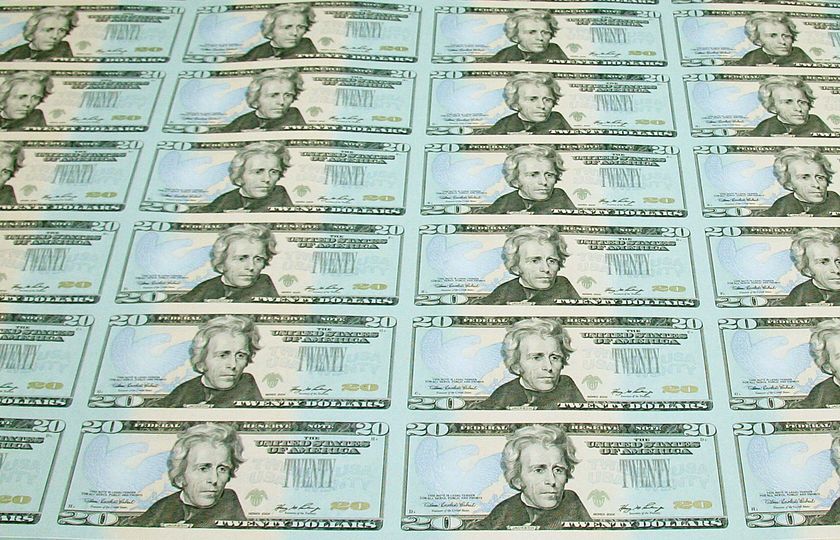 At the beginning of February the financial media celebrated the rally in the markets with jovial commentators cheering as the Dow Jones closed above the 12,000 mark for the first time since 2008.

“The worst is behind us,” they parroted one another.

But this sanguinity may prove to be yet another extraordinary popular delusion as the possibility of a financial crisis still looms but is wholly ignored. 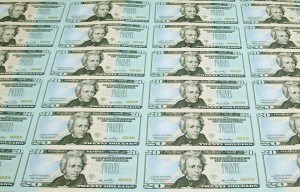 Nothing has been learned, it seems, from 2006 when those warning of a housing bubble and impending financial crisis were practically laughed off the air.  Once again the signs are all around us.  Yet, with corporations posting record profits, who cares to listen?

The truth is that the rally in the markets is based on fiscal stimulus as money rolls off printing presses around the world but especially in Washington. Ultra-low interest rates have further distorted the value of money as easy borrowing pushes the money supply and investors seeking higher yields are forced from bonds into equities.

The current market rally—which pulls the wool over the eyes of investors—is being subsidized by the U.S. government and pushed further by a high real rate of inflation (look at the rising prices of commodities, many goods and certain services, not the U.S. Consumer Price Index which undercounts food, a necessity to survive). The so-called recovery is not a recovery but life-support to an ailing economy. To make matters worse, the U.S. government is practically broke.

According to the Congressional Budget Office, the U.S. federal deficit for 2011 will be nearly $1.5 trillion. Social Security will have a deficit of $45 billion in 2011, which will rise to more than $600 billion over the next decade.

The overall public debt of the United States is over $14 trillion dollars, and will likely be nearly 100% of GDP for 2011.  Since foreigners hold much of the debt, interest payments are leaving the country instead of being paid to U.S. citizens. Interest payments will grow dramatically as the U.S. debt increases and interest rates rise.

It is not just the U.S. government that relies on credit; U.S. citizens, pushed to spend, spend, spend, are turning to credit as well. The media recently reported with near glee that credit card spending had risen in December for the first time in 26 months. Surely another sign of an improving economy, right?

But wait, with the unemployment rate holding steady (more on that below), foreclosures mounting, home prices dropping and consumer prices rising, where are people getting all this extra money? Their credit cards! Duped by the blather on news networks that an economic recovery is in full swing, why not go back to the old ways of swiping plastic before counting change?

People could be forgiven for thinking things are improving since the unemployment rate is apparently dropping. It’s an easy misconception to have since the media fails to specify that, because of how the unemployment rate is calculated, a significant amount of the drop is due to people giving up on looking for work altogether, in which case they are no longer counted as “unemployed.” That’s right, when you’re so unemployed you have given up hope of finding a job, you’re no longer counted as unemployed. Obviously.

The media has also done a poor job of reporting on the debt ceiling that will be reached and will need to be raised by or around March of this year. If the debt ceiling is not raised, the U.S. would eventually be forced to default on its debt, which would cause “catastrophic damage to the economy, potentially much more harmful than the effects of the financial crisis of 2008 and 2009,” according to Timothy F. Geithner, the Secretary of the Treasury of the United States.

“Default would have prolonged and far-reaching negative consequences on the safe-haven status of Treasuries and the dollar’s dominant role in the international financial system,” Geithner wrote to Congress on January 6, 2011, “causing further increases in interest rates and reducing the willingness of investors here and around the world to invest in the United States.”

Though defaulting seems extremely unlikely, Republicans who now hold a majority in the House of Representatives have promised to use raising the debt limit and the new budget to force the government to make spending cuts. No one in their right mind could argue that significant budget cuts are unnecessary, but the government runs the risk of being shut down over the issue. Republicans will push hard to obtain spending cuts once March 4th rolls around and the current appropriations resolution that keeps the government running expires.

Regardless, the government will need to borrow more money just to meet its obligations. As Geithner wrote, “even if Congress were immediately to adopt the deep cuts in discretionary spending of the magnitude suggested by some Members of Congress, such as reverting to Fiscal Year 2008 spending levels, the need to increase the debt limit would be delayed by no more than two weeks.”

To add to this, especially as stimulus money begins to dry up, there is a very real possibility of a series of defaults in the municipal bond market. Already investors have been running for the exits, withdrawing billions of dollars, and returns on municipal securities plummeted in the fourth quarter of 2010.

The U.S. dollar seems set to continue its downward trend. As the Fed creates more money and the money supply increases, people will lose faith in the purchasing power of the dollar and prices will rise. Already emerging economies are battling inflation caused by excessive liquidity in the financial system.

China’s central bank has said the Fed’s monetary easing was pushing up prices, and that it may cause risks of competitive currency depreciation. It accused the Fed of creating imported inflation and short-term capital inflows, pressuring emerging markets.

Asians in particular are turning to gold and silver as a hedge against inflation.  Demand in China is notably rising, and it is believed China took in around 620 tons of gold in 2010 through production and imports. The price of gold is set to soar even higher due to central banks around the world becoming net buyers, gold production peaking, and movement away from the U.S. dollar as the world’s reserve currency.

It should come as no surprise that people are turning to gold and silver, time-tested stores of wealth. Gold is the money of kings. Debt is the money of slaves. As governments print money almost without restraint the value of their currencies will fall. Nearing its end, the emperors of the Roman Empire began to take precious metals out of their coins. The debasement continued until the coins were rendered virtually worthless, and it ensured the empire’s collapse.

With the myriad problems many developed and emerging economies are currently facing (problems that will inevitably be compounded by food revolts around the world as prices soar), it is completely naïve to believe that governments would be able to rush to the U.S. economy’s rescue were a crisis to develop. Not to mention that global direct public sector debt is over $50 trillion.  As John Brown, Senior Market Strategist for Euro Pacific Capital and former member of Britain’s Parliament, writes, “Against this total, even the wealth of cash-rich nations such as China ($2.85 trillion in foreign-exchange reserves) and Japan ($1.1 trillion in reserves) pale into insignificance. With so little credit to soak up the future financing needs of the US and the EU, it is no wonder that both their currencies are coming under pressure.”

“Possible because a major currency collapse is unprecedented in living memory, investors have been slow to react,” Brown continues. “While the markets are calm at present, we mustn’t forget that the nature of panic is that it is sudden. It can erupt quickly and overwhelm the unprepared. When it does, even supposedly rock-solid assets like Treasury bonds may be discounted severely. In such a climate, gold and silver are as faithful as Old Yeller.”

With the rally and recovery based on such tenuous polices as money printing and borrowing, the unrestrained optimism in the markets and in the media is simply not warranted. Those who do not share this sense of optimism and warn of tears to come are readily dismissed as doomsday sayers or alarmists.

Facing the possibility of another crisis, like facing disease, old age or death, takes courage. Those who ignore the signs or symptoms are left wholly unprepared.

Those who wish to use the Dow Jones to measure the economy’s wellbeing need to be reminded that as Zimbabwe marched towards hyperinflation and ruin, its stock exchange was among the best performing in the world.