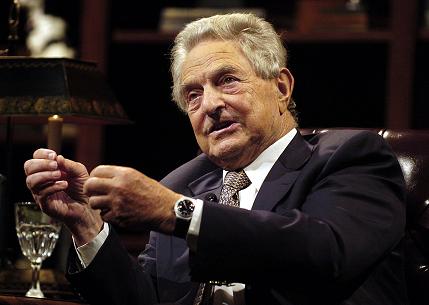 Ex-Reagan ambassador Richard S Williamson, an IRI Board Member, writing in the Neocon magazine, The American, published online by the American Enterprise Institute, urged US support for the revolt against Mubarak, and condemned the Egyptian and Tunisian regimes. With typical “spin,” Williamson has also sought to portray this as a “spontaneous revolt” by the young, never mind that IRI is more open about its role in training, funding and organizing this “spontaneity” over the course of six years:

These protesters were something new. Young and sophisticated with social networking media, they were able to communicate and organize. They were not driven by a leading personality. There was no ideology. It was a body with no head, driven by pent-up rage. Their numbers grew.[29]

In a 2006 statement NED’s President Carl Gershman, a veteran Trotskyite,[30] had already laid down strategies for Egypt, referring to Pres. Bush’s address on the 20th anniversary of NED, when Bush stated that “democracy” must sweep over the Arab world as it had over the Soviet bloc, and called for a “forward policy of freedom in the Middle East.” While Gershman stated at the time that such a strategy seemed to have stalled it should not be “consigned to the dustbin of history.” (Note the use of the famous, albeit poorly translated, term coined by Leon Trotsky?). Gershman called for a long-term strategy, engaging “activists” who could be induced to become “future leaders of centrist political parties.” Of particular interest is Gershman’s call to incorporate “Islamists” into the mainstream political process, where they could be rendered harmless, calling this “Muslim Democracy.” [31]

IRI also operates in the Gulf states, Iraq, Jordan, Morocco, Pakistan, West Bank and Gaza. Comment on their programs in all these states would be superfluous, as they follow the same pattern.[32]

In the Asian region, Burma or Myanmar might be of special interest because of the abortive “Saffron Revolution” in 2007. IRI sates it has been building the opposition since 1992.

IRI provides training and consultative advice on political campaign tactics and strategies to political individuals and organizations who work inside the country and who are living in exile. Topics include strategic planning, volunteer and membership recruitment, local level mobilization and voter turnout.  Between late 2007 through May 2008, these activists utilized skills gained through the “Vote No” campaign, which was organized to urge Burmese citizens to reject the regime-drafted constitution during the May 2008 referendum.[33]

The interest of IRI and others in Burma/Myanmar might be explained more by the state’s autarchic economic policy than the question of “human rights.” Soros has long been interested in the state, the Open Society Institute having a special section called “The Burma Network: SE Asia Initiative.” The “Burma Project” was created by OSI in 1994 and expanded into the rest of Southeast Asia in the late 1990s, with a focus on Indonesia after the fall of Suharto in 1998.[34] OSI initiatives are of the same type as NED and IRI.

The omnipresent think tank the Council on Foreign Relations that, as one would expect, is represented by members in both IRI and OSI, has its own Task Force Burma, which includes Maureen Aung-Thwin, who is also director of Soros’ Burma Project. George C Biddle, a committee member of the CFR’s Task Force Burma, was formerly vice president of the International Crisis Group, another globalist think tank from which Egyptian leader-in-waiting ElBaradei has emerged,[35] touted as the potential leader of Egypt by IRI’s Williamson in the aforementioned article.[36]

What is more likely to perturb the globalists than “lack of democracy” is that the Burmese military established a command economy, and has provided credit to family farms and local industry, rather than going to the International Monetary Fund, not getting itself in hock to usury and then having to sell its assets and resources to transnational corporations in good “democratic,” free market fashion. The World Bank and IMF report on Myanmar states that there has not been an IMF supported program since 1981-1982. The World Bank has not approved any new lending since 1987 and “does not have an active program in Myanmar.”[37] A state that is not in debt to the international financial system is an anachronism in the “brave new world,” and one in dire need of a “spontaneous” revolt.

The region of “Eurasia’ is of special interest to George Soros and to IRI. As previously mentioned, Belarus is a particular culprit to be “regime changed.” IRI’s primary front group in the region is the Baltic-Eurasia Inter-Parliamentary Training Institute, initiated with a grant from the National Endowment for Democracy. IRI provides input and “links” to the new era of democratic politicians in Lithuania, Georgia, Moldova and Ukraine, to ready them for incorporation into the European Union; and advises government officials. The IRI program provides training seminars “on drafting legislation, committee procedures, information technology, research, the budget process, constituent service and parliamentary oversight.”[38]

In the target state of Belarus, in addition to the Unified Democratic Forces, previously mentioned there are other projects such as,

training the next generation of political leaders by offering them cross-cultural exchanges and trainings.  The exchanges offer the Belarusian youth a forum in which they can freely discuss the issues that challenge them and devise strategies to tackle those issues while cultivating contacts and building networks with like-minded activists in neighboring countries.[39]

The IRI program in Russia follows the same pattern as elsewhere. What is interesting is the presumptuous, arrogant attitude of IRI, as well as of George Soros, et al that Russia needs the benefits of change as formulated by the globalists. Again IRI cultivates “civic leaders,” youth, women, etc. in the pursuit of a more “democratic society.” “IRI has been able to foster and educate civil leaders who are capable of establishing constituent-focused processes and advocating for reforms. …IRI has also been supporting Russia’s civil society by providing online and offline networking opportunities and high-quality expert advice.” IRI has established its front group, the “Women’s Democracy Network” in Russia.[40]

IRI’s program in Europe focuses on Central and Eastern Europe, “most notably through the Leadership Institute for Central and Eastern Europe. IRI has also been involved in the development of the European People’s Party, the primary centrist grouping in the European Parliament, which includes France’s Sarkozy, and encourages European relations with the USA. In Macedonia there is the Ohrid Institute for Economic Strategies and International Affairs.[41] In Latin America and the Caribbean, IRI follows the same path, and in particular encourages “civic groups” among Cubans, without mentioning specifics.[42]