Japan: No Apology to China for Detaining Trawler Captain 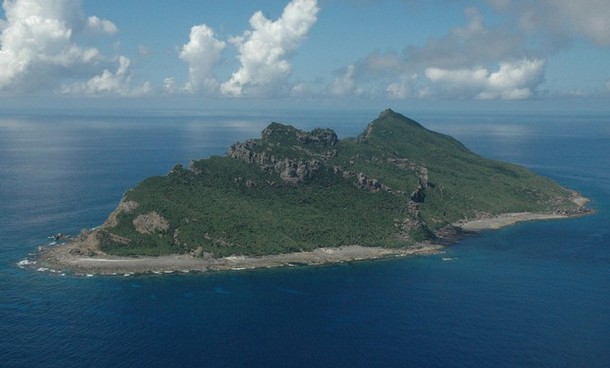 Aerial view of a part of the disputed islands in the East China Sea claimed by both Japan and China. (Reuters/Kyodo)

Aerial view of a part of the disputed islands in the East China Sea claimed by both Japan and China. (Reuters/Kyodo)

Who: Far East countries of Japan and China.

What: Japan has rejected Beijing’s demands of seeking apology for detaining a Chinese fishing trawler captain who collided his vessel with two Japanese coast guard ships. “China calling for apology or compensation is groundless and is absolutely not acceptable,” a statement released by the Japanese Ministry of Foreign Affairs reiterated.

Where: The Chinese trawler captain was detained near a group of uninhabited islands, known as Senkaku in Japan and Diaoyu in China.

When: The collision incident took place on Tuesday, 7 September.

Why: Japan says it erected a sovereignty marker that formally incorporated the islands into Japanese territory back in 1895. The Senkaku islands became part of the Nansei Shoto islands – also known as the Ryukyu islands and now as modern-day Okinawa prefecture. China says that the Diaoyu islands have been part of its territory since ancient times. The uninhabited islands lie in an area with rich fishing grounds and that is believed to have sizeable oil and gas deposits. Taiwan also lays claims to the islands.

How: The fishing trawler-coast guard ships collision has pushed both the Asian countries in choppy waters as Beijing broke off top-level diplomatic contacts with Tokyo. Japan down played the confrontation by releasing the skipper despite damage to its security vessels. Tokyo avoids any confrontation with its mighty neighbour as its sluggish economy has become increasingly reliant on China for growth. China became Japan’s biggest trading partner last year and bilateral trade soared to $148 billion in the January-June period.