There Is No Two-State Solution 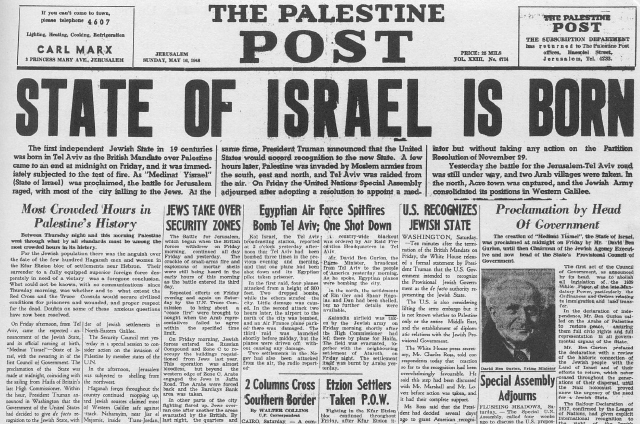 The two-state solution is dead. There is no longer any hope for peace or justice in this solution, if there ever was to begin with. There was a time when Israel could have accepted a Palestinian state along the pre-June 1967 armistice line, with minor and mutually agreed upon revisions of the final border, and thereby “secure” its “gains” from the 1948 Arab-Israeli war.

But the “Jewish state” passed up this long-standing opportunity by rejecting the right to self-determination of the Palestinian people and deliberately sabotaging all efforts by the international community to seek a final resolution by implementing the consensus on a two-state solution to the Israeli-Palestinian conflict.

Rejecting peace, Israel, with U.S. support, sought to change the facts on the ground by continuing it’s illegal occupation, constructing an illegal wall that would effectively annex major swaths of the West Bank, and continuing the illegal construction of Jewish colonies in Palestinian territory, including Jerusalem.

By such means, and by repression and violence, Israel sought to steal additional land from the Arab population, beyond that which it took by ethnically cleansing Palestine in 1948, at a time when Jews legally owned only 7 percent of the land of Palestine, compared with the 85 percent of the land owned by Arabs.

But Israel’s policies have failed to achieve their intended aims. Rather, by preventing implementation of the two-state solution and destroying its viability, Israel has made a one-state solution inevitable.

The realization that, U.S. support notwithstanding, the Israeli government cannot for much longer sustain itself as a racist, criminal regime, is setting in, and versions of the one-state solution are “now being advocated by leading figures in Likud and among the settlers“.

This does not necessarily reflect Israeli respect for the rights of the Palestinians. One Israeli version of the one-state solution, for instance, is based on the premise that Arabs must “accept their place and accept Jewish sovereignty”, and if they won’t do that — which is to say, if they don’t surrender their right to self-determination and accept being second-class citizens — then they “have no place in the Land of Israel” (the land of Palestine, before it was ethnically cleansed of its majority Arab population).

What it does reflect is the growing realization among Israeli leaders that the occupation and siege of Palestinian territory and violence against the Palestinian people is unsustainable, and that their own actions have effectively killed the two-state solution.

There is much work to be done. It is up to the American people to awaken their own elected government officials to the realization that U.S. support for Israeli violations of international law are similarly unsustainable and, besides being a strategic liability, morally wrong.

The path to peace requires that the rights of the Palestinians be recognized, including their right to self-determination and the right of return of Palestinian refugees, which could, at their option, come in the form of reasonable compensation for the injustice done.

The Arabs proposed it before Israel existed, only to have it rejected by the Zionists and their Western benefactors–a single, united, democratic state with a constitution and representative government that recognizes the equal rights of all and protects the rights of the minority.