Some Thoughts on ‘Patriotism’ Written on July 4 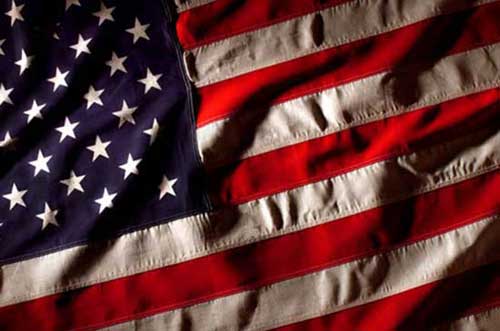 Most important thought: I’m sick and tired of this thing called “patriotism”.

General Augusto Pinochet of Chile, mass murderer and torturer: “I would like to be remembered as a man who served his country.” 1 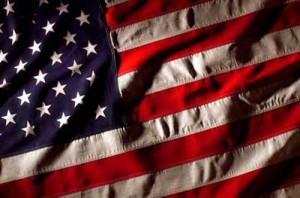 Pol Pot, mass murderer of Cambodia: “I want you to know that everything I did, I did for my country.” 3

Tony Blair, former British prime minister, defending his role in the murder of hundreds of thousands of Iraqis: “I did what I thought was right for our country.” 4

At the end of World War II, the United States gave moral lectures to their German prisoners and to the German people on the inadmissibility of pleading that their participation in the holocaust was in obedience to their legitimate government. To prove to them how legally and morally inadmissable this defense was, the World War II allies hanged the leading examples of such patriotic loyalty.

I was once asked after a talk: “Do you love America?” I answered: “No”. After pausing for a few seconds to let that sink in amidst several nervous giggles in the audience, I continued with: “I don’t love any country. I’m a citizen of the world. I love certain principles, like human rights, civil liberties, democracy, an economy which puts people before profits.”

I don’t make much of a distinction between patriotism and nationalism. Some people equate patriotism with allegiance to one’s country and government or the noble principles they supposedly stand for, while defining nationalism as sentiments of ethno-national superiority. However defined, in practice the psychological and behavioral manifestations of nationalism and patriotism are not easily distinguishable, indeed feeding upon each other.

Howard Zinn called nationalism “a set of beliefs taught to each generation in which the Motherland or the Fatherland is an object of veneration and becomes a burning cause for which one becomes willing to kill the children of other Motherlands or Fatherlands. … Patriotism is used to create the illusion of a common interest that everybody in the country has.” 5

Strong feelings of patriotism lie near the surface in the great majority of Americans. They’re buried deeper in the more “liberal” and “sophisticated”, but are almost always reachable, and ignitable.

Alexis de Tocqueville, the mid-19th century French historian, commented about his long stay in the United States: “It is impossible to conceive a more troublesome or more garrulous patriotism; it wearies even those who are disposed to respect it.” 6

George Bush Sr., pardoning former Defense Secretary Caspar Weinberger and five others in connection with the Iran-Contra arms-for-hostages scandal, said: “First, the common denominator of their motivation — whether their actions were right or wrong — was patriotism.” 7

What a primitive underbelly there is to this rational society. The US is the most patriotic, as well as the most religious, country of the so-called developed world. The entire American patriotism thing may be best understood as the biggest case of mass hysteria in history, whereby the crowd adores its own power as troopers of the world’s only superpower, a substitute for the lack of power in the rest of their lives. Patriotism, like religion, meets people’s need for something greater to which their individual lives can be anchored.

So this July 4, my dear fellow Americans, some of you will raise your fists and yell: “U! S! A! … U! S! A!”. And you’ll parade with your flags and your images of the Statue of Liberty. But do you know that the sculptor copied his mother’s face for the statue, a domineering and intolerant woman who had forbidden another child to marry a Jew?

“Patriotism,” Dr. Samuel Johnson famously said, “is the last refuge of a scoundrel.” American writer Ambrose Bierce begged to differ — It is, he said, the first.

“Patriotism is the conviction that this country is superior to all other countries because you were born in it.” — George Bernard Shaw

“Actions are held to be good or bad, not on their own merits but according to who does them, and there is almost no kind of outrage — torture, the use of hostages, forced labour, mass deportations, imprisonment without trial, forgery, assassination, the bombing of civilians — which does not change its moral colour when it is committed by ‘our’ side. … The nationalist not only does not disapprove of atrocities committed by his own side, but he has a remarkable capacity for not even hearing about them.” — George Orwell 8

“Pledges of allegiance are marks of totalitarian states, not democracies,” says David Kertzer, a Brown University anthropologist who specializes in political rituals. “I can’t think of a single democracy except the United States that has a pledge of allegiance.” 9 Or, he might have added, that insists that its politicians display their patriotism by wearing a flag pin. Hitler criticized German Jews and Communists for their internationalism and lack of national patriotism, demanding that “true patriots” publicly vow and display their allegiance to the fatherland. In reaction to this, postwar Germany has made a conscious and strong effort to minimize public displays of patriotism.

Oddly enough, the American Pledge of Allegiance was written by Francis Bellamy, a founding member, in 1889, of the Society of Christian Socialists, a group of Protestant ministers who asserted that “the teachings of Jesus Christ lead directly to some form or forms of socialism.” Tell that to the next Teaparty ignoramus who angrily accuses President Obama of being a “socialist”.

Following the Soviet invasion of Afghanistan in 1979, we could read that there’s “now a high degree of patriotism in the Soviet Union because Moscow acted with impunity in Afghanistan and thus underscored who the real power in that part of the world is.” 10

“Throughout the nineteenth century, and particularly throughout its latter half, there had been a great working up of this nationalism in the world. … Nationalism was taught in schools, emphasized by newspapers, preached and mocked and sung into men. It became a monstrous cant which darkened all human affairs. Men were brought to feel that they were as improper without a nationality as without their clothes in a crowded assembly. Oriental peoples, who had never heard of nationality before, took to it as they took to the cigarettes and bowler hats of the West.” — H.G. Wells, British writer 11

“The very existence of the state demands that there be some privileged class vitally interested in maintaining that existence. And it is precisely the group interests of that class that are called patriotism.” — Mikhail Bakunin, Russian anarchist 12

“To me, it seems a dreadful indignity to have a soul controlled by geography.” — George Santayana, American educator and philosopher

Another thing Americans have to be thankful for on July 4

The US Department of Health and Human Services (HHS) has a new feature on their website called “Find Insurance Options”. You just provide certain information about your family size, your age, your employment situation, your financial situation, whether you have certain disabilities or diseases, whether you now have Medicare or some other health insurance, or how long you have not had health insurance, whether you have been denied insurance, whether you are someone’s dependent, a veteran? an American Indian? an Alaskan Native? etc., etc., etc. … and the site gives you suggestions as to where and how you might find health insurance that might suit your particular needs. The head of HHS, Kathleen Sebelius, tells us “This is an incredibly impressive consumer tool,” adding that the site is capable of providing tailored responses to about 3 billion [sic] individual scenarios. “This information can give folks choices that they just didn’t have any idea they had available to them.” 13