Has Vietnam Lost the Struggle for Freedom? 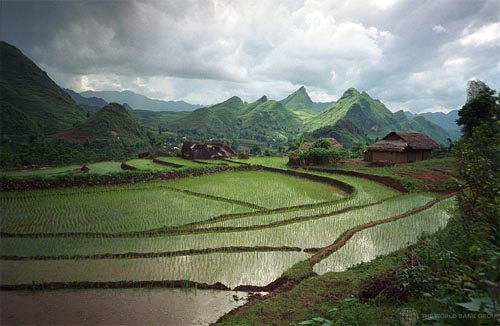 Conflicts over ideologies, and specifically the Left-Right dichotomy, generally serve to: (1) Obscure the facts and especially the causes of issues because of entrenched dogma; (2) Make enemies out of groups and individuals who perhaps have more in common than this dichotomy permits them to realize.

In the case of Vietnam, and specifically the civil war between the North and South, the Left-Right dichotomy was of course in full play. The Left in the West, and particularly in the USA, adopted its standard position of opposing whatever policy the USA pursued, while the Right persisted in its standard position of “my country, right or wrong.” These days, with the wars against the “axis of evil”, the Right, by which I mean in the American context the “palaeoconseratives”, as distinct from the Trotskyist-derived “neoconservatives,” has reverted to the traditional “America First” position that has been out of favor in US policy circles since at least the time of Woodrow Wilson. 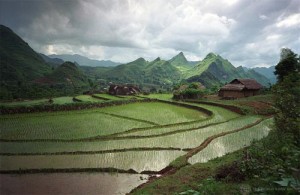 Getting above and beyond a Left-versus-Right dichotomy, I suggest the new dichotomy should be that of national-cultural-identities versus globalization. In this context, many states and doctrines regarded with anathema by conservative-minded folk would be seen in another perspective. As deplorable as the North Korean regime seems to be, for example (and can we necessarily trust corporate media and US governmental attitudes towards that regime?), they are not just a bunch of commies. The governing doctrine is called Jucha, which basically means “national self-sufficiency”, and is post-Marxian and specifically anti-globalist.[1] Similarly, Gadaffi’s “Third Universal Theory” is a form of “Arab socialism”, that is about as far removed from Marxism as it is possible to go, while also rejecting capitalism; hence its being a “third theory.”[2] One might ask: are these regimes both listed as among the “axis of evil” in this new “Cold War” era because, like numerous other states, they are considered anachronisms in a “new world order” that must be predicated on a “one model fits all” doctrine, politically, economically and culturally?[3]

In the case of the Vietnamese, their struggle has been several thousand years old, and there are indications that they have finally succumbed to a foreign authority far more corrosive to sovereignty than any conventional imperial military power.

China’s imperial ambitions towards Vietnam go back to 208 BC when a Chinese general, Trieu Da, proclaimed himself emperor of much of the country. In 111 BC, Vietnam was annexed by the Han and became the district of Giao-chi. After centuries of resistance, some measure of independence was achieved, but Vietnam continued to pay tribute to China. The Mongols were successfully repelled during the 12th century, the Vietnamese being the only people to do so, attesting to their tenacity. The Chinese occupied the country in 1407. Liberation was accomplished in 1428 after two decades of further resistance. China attacked in 1788, but was repelled.

In 1909, China tried to claim the Paracel islands, the start of a series of aggressive moves that continue to the present. In 1956, the Chinese navy took part of the Paracels, with a further invasion in 1974. In 1984, China set up the Hainan administrative area to control the Paracel and Spratly archipelagos.  In 1988, Chinese and Vietnamese ships clashed over Johnson Reef. In 1992, there were further incursions into Spratly. The Chinese entered into a contract with the U.S. Crestone Energy Corp. in 1994 for the exploration of oil around Spratly. In 2000, Vietnam made concessions to China over the territorial waters off Tonkin Bay. During 2004, there were over 1000 Chinese incursions into Vietnamese waters, with 80 Vietnamese fishermen being detained in December. There was Chinese oil drilling in Vietnamese waters in 2005, and in that year the Chinese navy fired at Vietnamese fishermen in Vietnamese waters in the Gulf of Tonkin. In 2007, the Chinese fired on Vietnamese fishermen off the Paracels. The Chinese navy conducted exercises in the area. The Chinese Government ratified a plan to build Sansha, a large city to serve as the axis for merging three archipelagos, including the Paracels and Spratly, under Chinese control.[4]

In 1979, Vietnam became a victim of Sino-Soviet rivalry, when China invaded “as a grand gesture for the repudiation of the Sino-Soviet Treaty of Friendship, Alliance, and Mutual Assistance, which was due for renewal.”[5] Clause 6 of the Treaty stated that if neither signatory announced their intention to terminate the treaty during its final year, the alliance would automatically be extended for another five years.[6]

The so-called Sino-Soviet Friendship Treaty was designed not to secure superpower status for China on the coattails of the USSR, as Mao intended, nor even as a friendly alignment between two supposedly fraternal Communist states, but to maintain a position of subjugation and outright humiliation. The Chinese regarded the Treaty as maintaining Russian “hegemony.” It came from the days when Stalin was imposing terms on a Maoist state that he never regarded in a comradely manner.[7]

China’s invasion of Vietnam in 1979 was therefore intended as a direct provocation to the USSR, which had signed a defense treaty with Vietnam in 1978, itself aimed at China. This Soviet-Vietnamese alliance made Vietnam the “linchpin” in the USSR’s “drive to contain China.”[8]

The rift between China and Vietnam became apparent when thousands of ethnic Chinese began to flee Vietnam during 1978. Territorial disputes over the Spratly Islands, and Vietnam’s invasion of Cambodia, increased Sino-Vietnamese tensions.

Bruce Elleman states that far from China having faced a defeat in Vietnam because of its quick withdrawal, the invasion was aimed at defying the USSR, which had signed a defense treaty with Vietnam, showing the Russians up as so-called “paper polar bears”; thereby repudiating the Russo-Chinese supposed accord which had been nothing but an encumbrance and was due for renewal at precisely the time of the invasion.

China announced its intention to invade Vietnam on February 15, 1979, the very first day that it could legally terminate the 1950 Sino-Soviet Treaty, and it attacked three days later. When Moscow did not intervene, Beijing publicly proclaimed that the USSR had broken its numerous promises to assist Vietnam. The USSR’s failure to support Vietnam emboldened China to announce on April 3, 1979 that it intended to terminate the 1950 Sino-Soviet Treaty of Friendship, Alliance, and Mutual Assistance.

…After only three weeks of fighting, China withdrew and disputes over the Sino-Vietnamese border remained unresolved. To most outsiders, China’s military action thus appeared to be a failure. But, if the real goal behind China’s attack was to expose Soviet assurances of military support to Vietnam as a fraud, then the USSR’s refusal to intervene effectively terminated the Soviet-Vietnamese defense treaty. Thus, Beijing did achieve a clear strategic victory by breaking the Soviet encirclement and by eliminating Moscow’s threat of a two-front war.[9]

China threatened Russia with war if Russia went to Vietnam’s aid. Meanwhile, the Chinese had developed an alliance with the USA, which threatened the USSR on two fronts.

To prevent Soviet intervention on Vietnam’s behalf, Deng warned Moscow the next day that China was prepared for a full-scale war against the USSR; in preparation for this conflict, China put all of her troops along the Sino-Soviet border on an emergency war alert, set up a new military command in Xinjiang, and even evacuated an estimated 300,000 civilians from the Sino-Soviet border. [10]

China had witnessed a lack of will on the part of Russia, buttressed by the Politburo’s failure to act in Poland against Solidarity. [11]