A Plague Upon The World: The USA is a “Failed State” 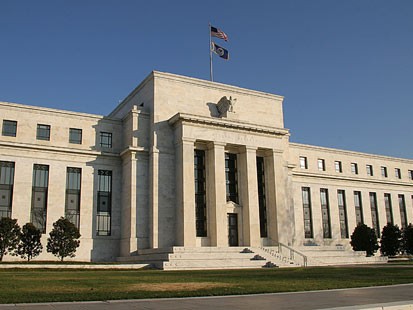 This interview was originally published at Global Research. It has been republished here with permission from Dr. Roberts.

Question:  Dr. Roberts, the United States is regarded as the most successful state in the world today. What is responsible for American success? 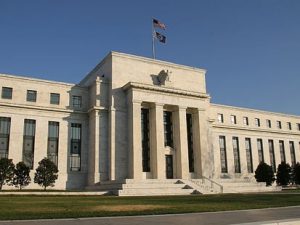 Dr. Roberts:  Propaganda. If truth be known, the U.S. is a failed state. More about that later. The U.S. owes its image of success to: (1) the vast lands and mineral resources that the U.S. “liberated” with violence from the native inhabitants, (2) Europe’s, especially Great Britain’s, self-destruction in World War I and World War II, and (3) the economic destruction of Russia and most of Asia by communism or socialism.

After World War II, the U.S. took the reserve currency role from Great Britain. This made the U.S. dollar the world money and permitted the U.S. to pay its import bills in its own currency. World War II’s destruction of the other industrialized countries left the U.S. as the only country capable of supplying products to world markets. This historical happenstance created among Americans the impression that they were a favored people. Today the militarist neoconservatives speak of the United States as “the indispensable nation.”  In other words, Americans are above all others, except, of course, Israelis.

To American eyes a vague “terrorist threat,” a creation of their own government, is sufficient justification for naked aggression against Muslim peoples and for an agenda of world hegemony.

This hubristic attitude explains why among most Americans there is no remorse over the one million Iraqis killed and the four million Iraqis displaced by a U.S. invasion and occupation that were based entirely on lies and deception. It explains why there is no remorse among most Americans for the countless numbers of Afghans who have been cavalierly murdered by the U.S. military, or for the Pakistani civilians murdered by U.S. drones and “soldiers” sitting in front of video screens. It explains why there is no outrage among Americans when the Israelis bomb Lebanese civilians and Gazan civilians.  No one in the world will believe that Israel’s latest act of barbarity, the murderous attack on the international aid flotilla to Gaza, was not cleared with Israel’s American enabler.

Question:  You said that the U.S. is a failed state. How can that be? What do you mean?

Roberts:  The war on terror, invented by the George W. Bush/Dick Cheney regime, destroyed the U.S. Constitution and the civil liberties that the Constitution embodies. The Bill of Rights has been eviscerated. The Obama regime has institutionalized the Bush/Cheney assault on American liberty. Today, no American has any rights if he or she is accused of “terrorist” activity. The Obama regime has expanded the vague definition of “terrorist activity” to include “domestic extremist,” another undefined and vague category subject to the government’s discretion.  In short, a “terrorist” or a “domestic extremist” is anyone who dissents from a policy or a practice that the U.S. government regards as necessary for its agenda of world hegemony.

Unlike some countries, the U.S. is not an ethic group. It is a collection of diverse peoples united under the Constitution. When the Constitution was destroyed, the U.S. ceased to exist. What exists today are power centers that are unaccountable. Elections mean nothing, as both parties are dependent on the same powerful interest groups for campaign funds. The most powerful interest groups are the military/security complex, which includes the Pentagon, the CIA, and the corporations that service them, the American-Israel Public Affairs Committee, the oil industry that is destroying the Gulf of Mexico, Wall Street (investment banks and hedge funds), the insurance companies, the pharmaceutical companies, and the agri-companies that produce food of questionable content.

These corporate powers comprise an oligarchy that cannot be dislodged by voting. Ever since “globalism” was enacted into law, the Democrats have been dependent on the same corporate sources of income as the Republicans, because globalism destroyed the labor unions. Consequently, there is no difference between the Republicans and Democrats, or no meaningful difference.

The “war on terror” completed the constitutional/legal failure of the U.S. The U.S. has also failed economically. Under Wall Street pressure for short-term profits, U.S. corporations have moved offshore their production for U.S. consumer markets. The result has been to move U.S. GDP and millions of well-paid U.S. jobs to countries, such as China and India, where labor and professional expertise are cheap. This practice has been going on since about 1990.

After 20 years of offshoring U.S. production, which destroyed American jobs and federal, state and local tax base, the U.S. unemployment rate, as measured by U.S. government methodology in 1980, is over 20 percent. The ladders of upward mobility have been dismantled. Millions of young Americans with university degrees are employed as waitresses and bartenders. Foreign enrollment comprises a larger and larger percentage of U.S. universities as the American population finds that a university degree has been negated by the offshoring of the jobs that the graduates expected.

When U.S. offshored production re-enters the U.S. as imports, the trade balance deteriorates. Foreigners use their surplus dollars to purchase existing U.S. assets.

Consequently, dividends, interest, capital gains, tolls from toll roads, rents, and profits, now flow abroad to foreign owners, thus increasing the pressure on the U.S. dollar. The U.S. has been able to survive the mounting claims of foreigners against U.S. GDP because the U.S. dollar is the reserve currency. However, the large U.S. budget and trade deficits will put pressures on the dollar that will become too extreme to be able to sustain this role. When the dollar fails, the U.S. population will be impoverished.

The U.S. is a failed state also because there is no accountability to the people by corporations or by government at any level, whether state, local, or federal. British Petroleum is destroying the Gulf of Mexico. The U.S. government has done nothing. The Obama regime’s response to the crisis is more irresponsible than the Bush regime’s response to Hurricane Katrina. Wetlands and fisheries are being destroyed by unregulated capitalist greed and by a government that treats the environment with contempt. The tourist economy of Florida is being destroyed. The external costs of drilling in deep waters exceeds the net worth of the oil industry. As a result of the failure of the American state, the oil industry is destroying one of the world’s most valuable ecological systems.

Question:  What can be done?

Much of the world, looking at a country that appears both stupid and inhumane, wonders at Americans’ fine opinion of themselves. Is America the virtuous “indispensable nation” of neoconservative propaganda, or is America a plague upon the world?