Introducing the Heritage of Khayyam 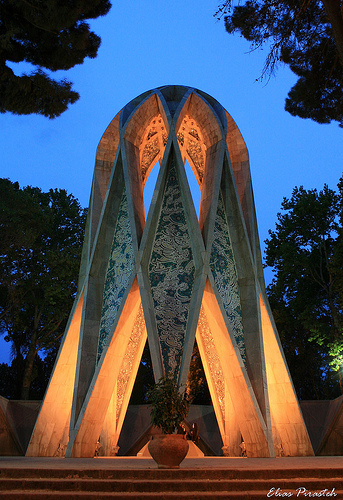 May 18 is dedicated to the commemoration of Omar Khayyam in the Iranian solar calendar; the calendar which Khayyam invented himself. To the Western world, which has always been enchanted by the magnificence and glory of the oriental culture, Omar Khayyam is a venerable and honored figure who brings to mind the delicacy and gracefulness of ancient Persian civilization. He is the one of the greatest among Persian polymaths, astronomers, philosophers and poets, who is known internationally for his scientific and literary work, including the insightful Rubaiyat (quatrains). So much valued is his work that influential British poet Edward Fitzgerald translated it from Persian to English almost 150 years ago. 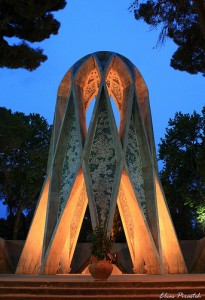 Omar Khayyam constitutes an inseparable part of Iran’s impressive history of literature and science. He is associated with the development of the most accurate solar calendar of the world, the Jalali calendar, which according to astronomers and mathematicians, is far more exact and precise than the Gregorian calendar. It’s said that the solar calendar that Omar Khayyam devised shows an error in the calculation of days and months only once in every 10,000 years.

Khayyam was born in 1048 in the Neyshapur city of the Greater Persia. The literary potency of Khayyam was so significant that it made him the best composer of quatrains among the Persian poets. He is also known for his contributions to astronomy, and one of his most major breakthroughs was the reformation of the Persian calendar under the Seljuk King Sultan Jalal al-Din Malekshah Saljuqi, after whom the Persian solar calendar was named. Khayyam was a prominent figure in the fields of mathematics, literature, philosophy and astronomy during his age. Some of the orientalist historians believe that Khayyam was the student of Avicenna, the distinguished Persian physician, theologian and paleontologist of the 10th century. In one of his poems, Khayyam introduces himself as a follower of Avicenna’s ideological path; however, this connection seems more of a mystical and spiritual affinity rather than a direct mentor–prodigy relationship.

The quatrains of Khayyam that have given him international prominence are a collection of poems with philosophical essence and ontological nature. In these Rubaiyat, Khayyam reveals his skeptical standpoints regarding the modality of material world and of human being. It’s widely believed that Khayyam had a pessimistic, cynical viewpoint regarding the material world as he typically tried to direct criticism against the hypocritical and insincere man and portray his craving for a utopian world that is practically impossible to realize:

Yesterday This Day’s Madness did prepare;

Drink! for you know not whence you came, nor why:

Drink! for you know not why you go, nor where.

Contextually, Khayyam’s quatrains can be divided into five main categories: 1) the mysteries of universe; 2) the inevitabilities of life, such as destiny and the disloyalty of the world; 3) questions; 4) the modality of social life; 5) the cheerful moments of life.

There are several translations of Khayyam’s quatrains available in various languages, including English, German, Dutch, French, Italian, Danish and Arabic. Edward Fitzgerald’s translation is considered to be the most authentic and complete version of Khayyam’s quatrains in English; however, the versions of Edward Henry Whinfield and John Leslie Garner are the other acceptable and widely read translations of Rubaiyat.

The quatrains of Khayyam are available in more than 25 languages. One of the most remarkable translations of Khayyam’s poetry into languages other than English belongs to Friedrich Martin von Bodenstedt. He was a 19th century German author who published a consistent Deutsch translation comprised of 395 quatrains in 1881. He was also the tutor of Demetrius Augustine Gallitzin, who belonged to a Russian family of aristocrats and priests. Gallitzin got the opportunity to learn Persian by the virtue of Russia’s proximity to the Persian Empire. The success of Bodenstedt’s translation of Rubayiat in German can be compared to that of Fitzgerald in English. 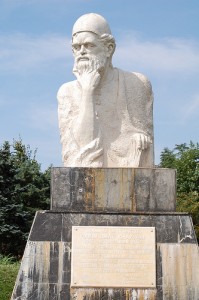 Statue of Omar Khayyam in a square in Bucharest, Romania. Photo - gabriel_flr

The other notable translation belongs to the prolific Swedish writer Eric Axel Hermelin who competently translated the quatrains into Swedish. Hermelin, who passed away in 1944, is known for his contribution to the translation of Persian poetry into Swedish. He translated several works of distinguished Iranian poets, including Attar, Rumi and Nezami, and paved the ground for the translation of other masterpieces of Persian literature into European languages, including Swedish.

Despite being literarily less momentous and significant than Ferdowsi’s 60,000-couplet magnus opus “Shahnameh”, which revived the Persian language in the crucial epoch of Arabs’ conquest of Persia, Rubayiat has received enormous attention in different countries and the international community has glorified Khayyam and exalted his artistic masterpiece extensively.

The American clergyman and activist Martin Luther King Jr. quoted Khayyam in his speech Why I oppose war in Vietnam: “It is time for all people of conscience to call upon America to come back home. Come home America. Omar Khayyam is right: ‘The moving finger writes and having writ, moves on.'”

The late American novelist Kurt Vonnegut refers to Khayyam’s “moving finger writes” quatrain in his novel “Breakfast of Champions”, when the protagonist Dwayne Hoover reveals that he had been forced to memorize it in high school.

Khayyam has been given so much international attention that even the primary school students in the United States know him well. He is only one out of hundreds of figures who constructed the pedestals of Persian civilization. He was a pioneer in science and literature and now reminds the world of the matchless and unparalleled civilization of the Iranian people; ironically they are the very people whom the U.S. President threatens with sanctions and a nuclear strike.