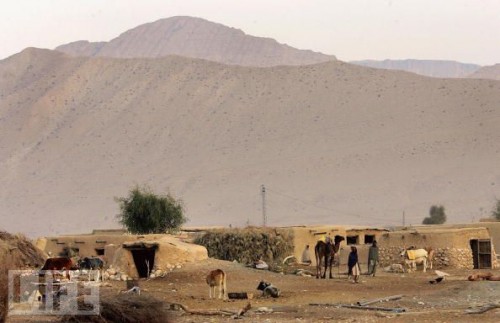 Most of Balochistan’s landscape is dominated by mountains with villages dotted across the region. (Photo: John Moore/Getty Images)

Azizullah blamed heavy duties that made Pakistani goods expensive and scarce. The Iranian goods, on the other hand, were cheap and easily available. Many people would argue that transporting goods to Balochistan is an expensive operation in terms of logistics and supply, however, the Baloch student argued that many industries can be opened in the province to give a boost to local industries, hence ending shortages and smuggling.

It is hard to take people’s accounts by face value in a country where every person has different views from the others based on their perception of history, current affairs and politics. Aware of what Azizullah views can be conceived as grievances, they can also be seen as lame excuses and propaganda by people elsewhere.

“Azizullah, tell me honestly if you’re not against the tribal chiefs of Balochistan who don’t want to see their subjects getting literate and breaking the shackles of economic deprivation and political isolation,” I came forward with a question to clear the mist. He looked deep into my eyes before giving an answer.

“Moign, you asked me a typical question that is dipped into what I call ‘establishment’s propaganda’. Not a single Baloch on our land is against literacy and development. We know for a fact that the only way forward is to embrace science and technology,” the 23 year old said in an assuring tone.”We want to become part of the modern world. We have to exploit our natural resources for common good. However, all these plans made by our masters are deceptive as we are not part of them and they are not bound to benefit us.” Cynicism was back on his face.

Read any newspaper or watch any mainstream Pakistani news channel and you’ll find out that Balochistan is languishing due to its tribal structure and archaic sense of nationalism. “The people cry the old tale of exploitation yet never take the socio-economic opportunities given to them by governments,” is what you’ll hear retired army servicemen, economists, bureaucrats, politicians and religious leaders claiming in TV talk shows; loathing the Sardars (Baloch tribal leaders) and asking the Balochs to help the Pakistani army clean up their mess once and for all. 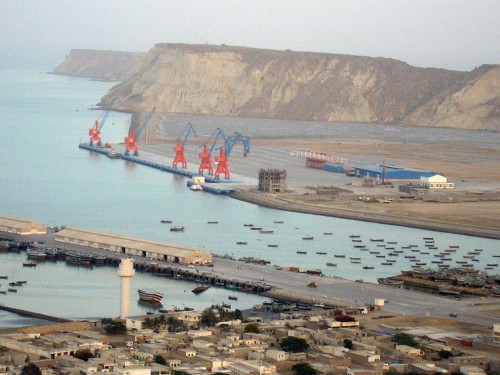 “They talk about highways, ports, cities, industries whereas we talk about education, health, jobs, opportunities for indigenous people. Our demands are down-to-earth whereas their promises are tall. We don’t see a match in their words and actions. We sense injustice, exploitation and colonization in the statements made by these pseudo-intellectuals,” Azizullah said referring to the analysts in Pakistani media.

Azizullah’s views are not unique. They’re equally shared millions of Balochs living in Pakistani part of Balochistan. Poverty is widespread among Baloch nation and according to the UN Human Development Report, Balochistan stands lowest in human development index in the country. The province has a literacy rate of just around 27% compared to the national average of 47%. Around 1/3 of the total Balochistan population is unemployed or underemployed. Despite rich mineral resources, including coal, copper and natural gas, only 25% of Balochistan’s population receives electricity. Hardly 7% of the population of the province has access to sanitation and piped potable water.