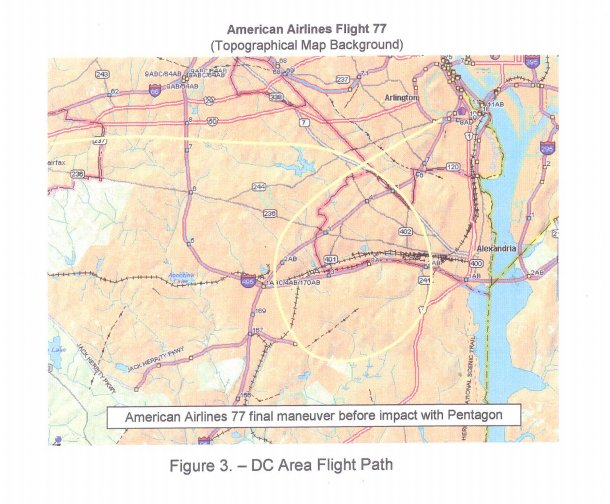 An examination of the documentary record reveals a clear pattern of willful deception on the part of the 9/11 Commission with regard to alleged hijacker Hani Hanjour in an apparent effort to manipulate the facts to suit the official theory.


Hani Hanjour is the hijacker who flew American Airlines Flight 77 into the Pentagon on the morning of September 11, 2001, according to the official account of terrorist attacks. “The lengthy and extensive flight training obtained by Hani Hanjour throughout his years in the United States makes it reasonable to believe that he was the pilot of Flight 77 on September 11”, concluded FBI Director Robert S. Mueller.[1] The story is that while Hanjour had difficulties learning to fly at first, he persevered, overcame his obstacles, and became an extraordinary enough pilot to be able to precisely hit his target after performing a difficult flight maneuver. 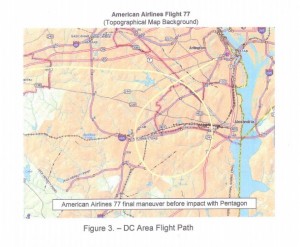 The New York Times, for instance, asserted that “Mr. Hanjour overcame the mediocrity of his talents as a pilot and gained enough expertise to fly a Boeing 757 into the Pentagon.”[2] The Washington Post similarly suggested Hanjour had the requisite skills, reporting that “Federal records show that a Hani Hanjoor obtained a commercial pilot’s license in April 1999 with a rating to fly commercial jets.”[3]

The 9/11 Commission expanded upon this narrative in its final report. It noted that Hanjour first came to the United States in 1991 to study English, then again in 1996 “to pursue flight training, after being rejected by a Saudi flight school. He checked out flight schools in Florida, California, and Arizona; and he briefly started at a couple of them before returning to Saudi Arabia.” In 1997, after returning to Arizona, he “began his flight training there in earnest. After about three months, Hanjour was able to obtain his private pilot’s license. Several more months of training yielded him a commercial pilot certificate, issued by the Federal Aviation Administration (FAA) in April 1999.”[4]

Subsequently, “Hanjour reportedly applied to the civil aviation school in Jeddah after returning home, but was rejected.” By the end of 2000, Hanjour was back in the U.S. and “began refresher training at his old school, Arizona Aviation. He wanted to train on multi-engine planes, but had difficulties because his English was not good enough. The instructor advised him to discontinue but Hanjour said he could not go home without completing the training. In early 2001, he started training on a Boeing 737 simulator at Pan Am International Flight Academy in Mesa. An instructor there found his work well below standard and discouraged him from continuing. Again, Hanjour persevered; he completed the initial training by the end of March 2001.”[5] A footnote in the report asserts that Hanjour was chosen specifically for targeting the Pentagon because he was “the operation’s most experienced pilot.”[6]

John Ashcroft told reporters early in the investigation, “It is our belief and the evidence indicates that flight training was received in the United States and that their capacity to operate the aircraft was substantial. It’s very clear that these orchestrated coordinated assaults on our country were well-conducted and conducted in a technically proficient way. It is not that easy to land these kinds of aircraft at very specific locations with accuracy or to direct them with the kind of accuracy, which was deadly in this case.”[7]

A pilot with a major carrier for over 30 years told CNN that “the hijackers must have been extremely knowledgeable and capable aviators”.[8] An air traffic controller from Dulles International Airport told ABC News, “The speed, the maneuverability, the way that he turned, we all thought in the radar room, all of us experienced air traffic controllers, that that was a military plane. You don’t fly a 757 in that manner. It’s unsafe.”[9]

CBS News suggested that according to its sources, Flight 77, “flying at more than 400 mph, was too fast and too high when it neared the Pentagon at 9:35. The hijacker-pilots were then forced to execute a difficult high-speed descending turn. Radar shows Flight 77 did a downward spiral, turning almost a complete circle and dropping the last 7,000 feet in two-and-a-half minutes. The steep turn was so smooth, the sources say, it’s clear there was no fight for control going on. And the complex maneuver suggests the hijackers had better flying skills than many investigators first believed. The jetliner disappeared from radar at 9:37 and less than a minute later it clipped the tops of street lights and plowed into the Pentagon at 460 mph.”[10]

The Washington Post similarly noted that the plane “was flown with extraordinary skill, making it highly likely that a trained pilot was at the helm”. Hanjour was so skilled, in fact, that “just as the plane seemed to be on a suicide mission into the White House, the unidentified pilot” – later identified as Hanjour – “executed a pivot so tight it reminded observers of a fighter jet maneuver.”[11] The Post reported in another article that “After the attacks … aviation experts concluded that the final maneuvers of American Airlines Flight 77 – a tight turn followed by a steep, accurate descent into the Pentagon – was the work of ‘a great talent … virtually a textbook turn and landing,’”.[12]

According to the report of the National Transportation Safety Board (NTSB) cited by the 9/11 Commission, information from the flight data recorder recovered from the Pentagon crash site and radar data from the Federal Aviation Administration (FAA) show that the autopilot was disengaged “as the aircraft leveled near 7000 feet. Slight course changes were initiated, during which variations in altitude between 6800 and 8000 feet were noted. At 9:34 AM, the aircraft was positioned about 3.5 miles west-southwest of the Pentagon, and started a right 330-degree descending turn to the right. At the end of the turn, the aircraft was at about 2000 feet altitude and 4 miles southwest of the Pentagon. Over the next 30 seconds, power was increased to near maximum and the nose was pitched down in response to control column movements. The airplane accelerated to approximately 460 knots (530 miles per hour) at impact with the Pentagon. The time of impact was 9:37:45 AM.”[13]

The NTSB created a computer simulation of the flight from the flight data recorder information showing that the plane was actually at more than 8,100 feet and doing about 330 mph when it began its banking turn at 9:34 am.[14] At that point, the alleged pilot Hanjour could have simply decreased thrust, nosed down, and guided the plane into what would have been 29 acres, or 1,263,240 square feet of target area – the equivalent of about 22 football fields.[15] From this angle, proverbially speaking, it would have been like trying to hit the side of a barn. Hanjour could have guided the plane into the enormous roof of the building, including the side of the building where the office of the Secretary of Defense, Donald Rumsfeld, was located, and where he happened to be that morning.[16]

Instead, the plane began a steep banking descent, circling downward in a 330-degree turn while dropping more than 5,600 feet in three minutes before re-aligning with the Pentagon and increasing to maximum thrust towards the building. The nose was kept down despite the increased lift from the acceleration, while flying so close to the ground that it clipped lamp posts along the interstate highway before plowing into the building at more than 530 mph, precisely hitting a target only 71 feet high, or just 26.5 feet taller than the Boeing 757 itself.[17]

In other words, by performing this maneuver, Hanjour reduced his vertical target area from a size comparable to the height of the Empire State Building to an area just 5 stories high. Instead of descending at an angle and plowing through the roof and floors of the building to cause the greatest possible number of casualties, including possibly taking out the Secretary of Defense, Hanjour hit wedge 1 of the Pentagon, opposite to Rumsfeld’s office, which happened to be under construction, and where the plane, travelling horizontally, had to penetrate through the steel- and kevlar-reinforced outer wall of the building’s southwest E-ring in addition to the numerous additional walls of the inner rings of the building.[18]

But even more problematic than the question of why Hanjour would perform this maneuver is the question of how he performed it. Perhaps the most incredible thing about this, the official account of what happened to Flight 77, is that Hani Hanjour was in reality such a horrible pilot that he had trouble handling a light single-engine aircraft and even just one month before the attacks was rejected at two different schools because he was judged too incompetent to rent a plane and fly solo.

As the Los Angeles Times ironically put it, “For someone suspected of steering a jetliner into the Pentagon, the 29-year-old man who used the name Hani Hanjour sure convinced a lot of people he barely knew how to fly.”[19]