My Monkey Has a Problem 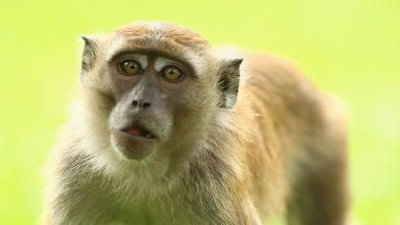 “We speak English to each other,” explained Sheung Di.

Shueng Di and his girlfriend are both Hokien speakers. They speak Hokien with their parents, but they both attended Mandarin school, so they also speak Mandarin.

“If my girlfriend and I are alone, we speak Hokien to each other,” said Sheung Di. “But if we are out with our friends, we speak Mandarin so everyone can understand and they don’t think we are talking about them.”

When we met some Cantonese speaking fighters at the gym I asked Sheung Di if he could understand them. “Mostly,” he said. But when he spoke to them, he immediately spoke Mandarin. And from what he has told me, if they didn’t speak Mandarin, then he would have switched to English.

“What if you meet a Malay person? How do you talk to him?”

“And what about Indians?”

“Always English,” answered Sheung Di without hesitation. “Except if they can’t speak English.”

Any time we were ordering food at the Mamaks, Sheung Di would first try ordering in English. But this usually didn’t work, so he would switch to Malay. But in most of our meetings, with older, educated Malays, we simply conducted the whole meeting in English.

Sitting in McDonalds, using the free wi-fi, I saw a group of friends, Indians and Chinese, at another table, speaking English to each other. When I asked Sheung Di why that was, he explained, “The Indians have their language. The Chinese have their language. Since they can’t speak their own language, why speak another foreign language? Instead, they speak English.”

All of the martial arts classes I attended for our filming of “Martial Arts Odyssey: Malaysia” were conducted in English. When we first arrived, I thought they were speaking English in deference of me, the only foreigner. But the instructors told me,

“We have Malay, Chinese, and Indian students. To be fair to everyone, we don’t speak anyone’s language. We speak English.”

The languages, the cultures, the religions; so far, Malaysia has been an absolutely fascinating country, and I can only imagine how interesting Borneo will be when I finally get there.

Oh, I almost forgot! About the monkey.

Sheung Di and his girlfriend were driving to a hiking trail when a group of monkeys suddenly ran across the road. The car in front of them hit one of the monkeys and drove on. Sheung Di and Neu Peun Yo got out of the car to examine the stricken monkey, and sadly, it was dead. Clinging to the dead monkey was a baby, who was very much alive, but was now an orphan. The group of monkeys had already left the area and Sheung Di and his girlfriend feared the baby monkey would die if they left it. So, they took it home.

“The first two weeks we fed him from a bottle. Just recently, he started eating bananas,” explained Sheung Di.

The young couple knows they will eventually need to release the monkey to the wild, but it lacks normal survival skills. It can’t even climb trees. So, for the time being at least, the monkey is part of a Chinese family. The monkey is one of countless species of animals that makes Malaysia an incredible adventure destination. And the lesson I learned from Sheung Di and his girlfriend’s adopted baby is: all species of humans and animals can coexist peacefully. Maybe Sheung Di will even learn to speak Monkey language.

Antonio now has a PayPal account. The only way he can keep filming and writing is with the help and support of people who enjoy reading his stories and watching his videos. You can donate through Antonio’s facebook profile, or you can click here and donate directly.

If you can help, thank you so much. If you can’t help, don’t worry about it. I know things are tough out there. But, either way, please keep watching and enjoying Martial Arts Odyssey. I never wanted this to become a huge business, and I wanted everyone in the world to be able to watch for free.