My Children, Ralph Nader and the South China Sea 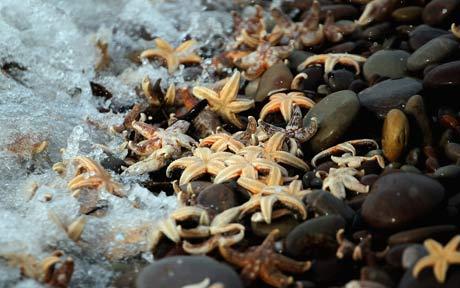 I basked in the warm Borneo sun, following a long run somewhere at the edge of a rainforest. The beach was only partly clean, but the water was most inviting. My children ran excitedly, collecting what I assumed to be shells and whatever other treasures the South China Sea had decided to divulge that afternoon. Their movement, from afar, signaled frenzy and perhaps even a slight panic. I hesitated at first, then ran to investigate.

At the ages of six and four, my girls Zarefah and Iman were already the most kindhearted kids. They were actually going through complete and unmitigated panic, as they had just noticed the starfish which had been cast off by the waves and which were now dotting the shoreline as far as the eye could see. The children became determined to place every single one of them back in the water before they died. 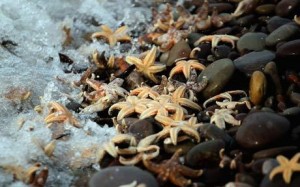 But most all of them were already dead.

My kids didn’t know this. And I didn’t have the courage to break the dreadful news. I stood in silence, proud to the core, as the girls’ shaky voices urged everyone around them to help. Then I too was summoned. “Dad, what are you waiting for? Please help us before they all die.” I tried to absolve myself from what seemed to me a waste of time. But when I saw the tears in Zarefah’s eyes, and heard the fright in her voice, I joined in – as enthusiastically as the many other beachgoers-turned-environmentalists.

Four years later, in 2008, both Zarefah and Iman voted for independent presidential candidate Ralph Nader. They were ten and eight, so their votes didn’t count. It was a mockup election at their elementary school in the little town of Bothell in Washington State. One of their teachers told me that she was “very surprised to see how much support Nader has in our school.” It was well beyond the national average. In the same way the girls had urged everyone to save the starfish of the South China Sea, they now relentlessly campaigned for Ralph Nader among their peers. Their main argument was: Ralph Nader has done so much work to save American lives, and both Obama and McCain would enact policies that would take away many innocent lives – of Americans and non-Americans alike. Unaware of the power of corporations and the pro-Israel lobby, the classmates voted for Nader in droves. In the end, the true American hero – at least as far as our family is concerned – tied with McCain, but lost to Obama. Even children can be swept by the “audacity of hope” fever. Now, like many of their parents, they have probably realized what a folly that decision was. My kids still say to their friends, “If only you voted Nader…”

Zarefah and Iman have always worked tirelessly for what they believed in. They once made an arrangement with a local food bank, which involved devoting part of their weekend to collecting canned food in front of the local grocery store. “Hi Daddy,” they would scream in exhilaration as I drove in to pick them up. “Look how much food we got!” Then they would point at two huge shopping carts overflowing with tuna cans and baby food.

A few months ago, Iman somberly and sorrowfully walked away from her Girl Scout troops. They had been asked to raise money to send cookies to US soldiers in Iraq for Christmas. “When they leave Iraqis alone, I will buy them all the cookies they want,” Iman insisted. Despite her principled decision, she cried intermittently for days. As an alternative, the girls decided to help their mother organize several fundraisers to raise funds for KinderUSA and Palestine Children’s Relief Fund. Gaza children urgently need food and medical treatment, and Zarefah and Iman have risen to the occasion.

Now they are busily pondering this whole Earth Hour craze. I am sure that the lights of our house will be turned off for an hour on the last Saturday of March. The girls are unlikely to be satisfied by this, however. I can imagine Zarefah’s argument, which is likely to be seconded by Iman, or the other way around. She is likely to claim that World Wide Fund for Nature (WWF) intended the hour to symbolize what ordinary people can do to save the environment; that it’s not enough for one iconic building in a city to shut off its lights while others stay lit. I am likely to agree, and they are likely to campaign among their peers – especially those who regretfully failed to vote Nader – to urge their families to also turn off the lights for an hour on March 27.

For the time being, Zarefah is busily fundraising for a cancer research facility in Washington. A friend of hers, a beautiful boy of the same age, is succumbing to an aggressive form of cancer. After years battling the disease, the boy chose not to be subjugated to any more painful, and at this point, futile treatment. His friends are devastated. Zarefah told me through tears that she was throwing a party aimed at showing their love and solidarity with the kid, and also raising funds for cancer research. She spent a whole day on the phone calling for action. I pledged two hundred dollars; others even more.

No, Zarefah and Iman don’t take on lost causes. And they don’t take on easy causes either. They understand that to make a difference one has to start somewhere, and this entails action at the level of the individual – no matter how seemingly limited her or his capacity. As we drove away from the South China Sea, close to midnight over five years ago, both girls fell asleep almost immediately. They were exhausted, and smelled of fish and salt. That day they had “saved” hundreds of starfish. And yet, thousands more were left behind. I had only managed to tear them away from their urgent task by promising to return with them the very next day, first thing in the morning, to save the rest. And we did.

But I am yet to break the news to them that Ralph Nader is unlikely to run for another presidential election.