Does Yanukovich’s Coalition Government Have a Popular Mandate? 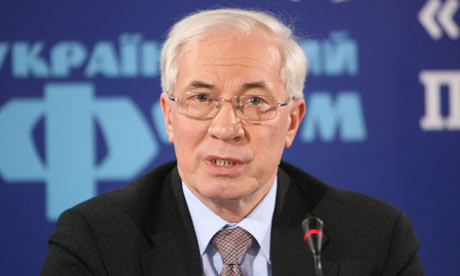 The “Tushki” and Decline of Ukrainian Representative Democracy

“Tushka” is the Russian word for the dead body of a small animal. During the last weeks, its plural form “tushki” has come into wide use, in Ukraine, as a metaphor for a number of former members of the parliamentary factions of the pro-Yushchenko party alliance Our Ukraine – People’s Self-Defense, and Bloc of Yulia Tymoshenko. Despite being elected to the Verkhovna Rada as list members of these two political associations,  the tushki have left their original factions – six deputies, in each case – and joined the opposed camp in the Verkhovna Rada, namely an alliance of the Party of Regions, Communists, and Bloc of (Parliamentary Speaker) Vladimir Lytvyn.

The term “tushki” points out that these three political groups were not able to promulgate a government of their own. Rather, they used the votes of MPs who had betrayed their former political homes and would have thus normally been politically dead. The new coalition extends the political life of the tushki by involving them in a radical change in the composition of Ukraine’s government now headed by Mykola Azarov.

A less funny frame for the evaluation of this issue has recently emerged in the form of an aggressive debate around the constitutional adequateness of using tushki to legitimate Ukraine’s new government. Here the argument evolves around Article 83 of the Constitution of Ukraine, and a related ruling of the Ukrainian Constitutional Court. Both of these legal documents indicate that a coalition of factions only can be used to legitimate a government.

Individual deputies not belonging to any faction can, in the critics interpretation, not be counted as members of such a coalition. If that is indeed the case, the current Ukrainian government has no constitutional basis. The voting in of the Azarov Government on March 11, 2010, would amount to a coup d’etat. There would be grounds to regard the actions of the new government as illegal. As Kyiv political scientist Oleksandr Palyi argued in a Ukrainian TV show on the same day, each member of the (entirely male) Azarov Government should be addressed as “Mister,” and not “Minister.”

What has largely been ignored in Ukrainian debates on the tushki is, apart from the constitutional issue, another serious question: Can Ukraine’s government be called democratic? If one looks merely on the numbers, it is clearly legitimate. While the minimum number of votes to form a coalition is 226, the amount of deputies who signed the coalition agreement was 235. During Parliament’s voting on the new government proposed by President Viktor Yanukovich, Prime Minister Azarov received 242 votes and his Cabinet 240 votes. Everything Okay?

Not quite – because of Ukraine’s electoral system. First, Ukraine’s political regime, like that of all existing democracies, is a representative and not a “true” democracy. “Democracy” means rule by the people. But, in fact, not the people approve of laws and governments in today’s democratic states, including Ukraine. Instead, the people’s representatives – the Members of Parliament – fulfill that task. Deputies are elected in order to represent the will of the people, namely of those voters who have sent them to parliament.

Second, in Ukraine, these deputies are elected within a purely proportional electoral system with, moreover, closed party lists. This is obviously not an ideal solution – like no supposedly democratic electoral system is perfect in terms of converting electoral support into congruent parliamentary representation. Whatever the flaws of the particular Ukrainian electoral system, it is the procedure by which parliament’s composition is determined nowadays, in Kyiv.

Third, Ukraine’s electoral system means that Ukrainians do not elect individual deputies. No parliamentarian as such, as a person, can claim to represent the people’s will. She or he is only in so far representative of certain voters as she or he acts within the framework of the party or bloc within which she or he was elected to parliament. That does not mean that all MPs have to act and vote always uniformly. However, from a democratic point of view, each MP has to remain throughout each legislative period within her or his faction. Otherwise the proportional electoral process does not make sense. The proportion of the representation of the voters has to be preserved throughout the entire legislative period because deputies are professional politicians hired by the people to do a particular job.

Fourth, it follows that deputies elected on a ticket of one particular party or bloc may voice individual opinions, but cannot leave that party or bloc between elections.  That is not a limitation of their rights as human beings. As such they are free to say and do politically what they like. But, as long as they are MPs, they have to fulfill their mandate, and to take care to fully preserve adequate representation of the voters will in parliament. Deputies have no direct mandate, but are assigned to their roles in legislature indirectly. They receive their popular mandate from the initial party or bloc that has received this or that political support, in the last parliamentary elections. The moment they leave the faction based on their party or bloc, their popular mandate vanishes. Without that mandate, they have no reason to remain in parliament. And certainly they have no right to support a faction that is directly opposed to the one that brought them into the house of power, in the first place. To do so, would be a flagrant violation of the voters’ will.

In conclusion, Ukraine is now less democratic than it was before March 11, 2010 – the date the tushki put the Party of Regions in government. With their change of allegiance and vote last week, the tushki have grossly misrepresented the preferences of the Ukrainian voters, as expressed in the 2007 parliamentary elections. Although these were proportional elections based on party lists, proportionality in the representation of the voters’ will is not any longer the case, in March 2010. As a critical part of the people’s deputies do not any longer fulfill their popular mandate, the 2007 parliamentary elections have lost much of their initial political meaning. When elections are inconsequential for the distribution of power in the state, that state is not any longer a democracy. Or, to put it another way: If elections are inconsequential for government formation – why conduct them at all?

One hopes that Ukraine’s Constitutional Court will soon correct this situation – before Ukraine becomes downgraded in democracy ratings such as Freedom House’s. In the worst case, the European Parliament could recall its recent announcement concerning Ukraine’s EU membership perspective. If Ukraine does not fulfill even the most elementary Copenhagen Criteria, there will be no reason to regard Ukraine as a country that should have a European future.