Getting Pakistan on the Bandwagon 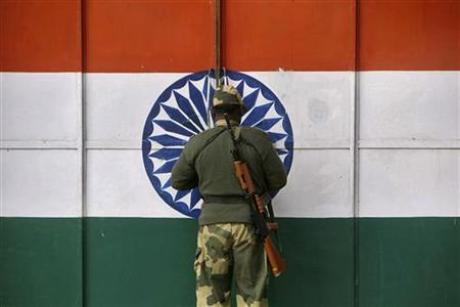 An Indian Border Security Force (BSF) soldier opens a gate at the border with Pakistan near Jammu, February 24, 2010 (Mukesh Gupta/Reuters)

The Pakistani military has been for far too long a millstone on the backs of Pakistan, India and South Asia. If the aim is to cast off this millstone, then an efficacious strategy needs trying out. The current impasse in South Asia testifies that strategies as containment, coercion and deterrence have not worked as well as intended and have carried unrecognized dangers. A change of tack is warranted. Getting Pakistan on the bandwagon with India is the answer. Is it possible? 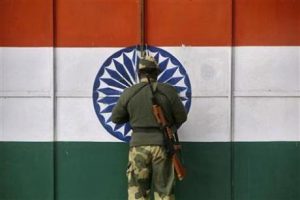 An Indian Border Security Force (BSF) soldier opens a gate at the border with Pakistan near Jammu, February 24, 2010 (Mukesh Gupta/Reuters)

In first place, efficacy of any option would be dependent on how the Pakistani military perceives it. The military there can intuitively be expected to align against any perceived pressures. It would then lend itself and its captive state, Pakistan, to serving the larger geopolitical interests of external powers. While this would be true for the US over the short term, this does not directly effect India. However, over the long term, Pakistan would allow China to balance India in any future contest for strategic space Asia. Strategic stability would continue to be elusive in such a circumstance. Pakistan’s military requires India as bogey for the internal status quo in Pakistan. It can use the India card in its relations with China so that once the US bailout peters out, it will continue to have a military and economic benefactor. Historically, it has attempted parity with India so as to punch above its weight in its external relationships.

But as a future policy, this anti-India stance has its limits. It has kept Pakistan poised on ‘failed state’ and ‘rogue state’ status. It holds up the promise of peace and economic take off in regional integration. Pakistan’s population growth requires innovative solutions to cope, lest Islamism spread further. The latter has not only challenged the Pakistan Army in its stronghold the General Headquarters, but also raised questions on the internal cohesion of the force. With this as a direct threat and the diffused threats of the future make Pakistan receptive to the idea of engaging India.

The benefits are obvious, but from the military point of view their corporate interests would be taken care of. Not only would the military commercial foundations find an enlarged market, but an expanding economy would enable the access to a larger resource cake for the military. Reliance on external powers, such as the US, having proved a double-edged proposition in the past, it would be more prudent to rely on instead on an expanded domestic economic base. Future problems such as over water would be subject to Indian goodwill. Building this may require reaching out reciprocally to India. Earlier involvements in great power politics have not helped Pakistan any. Its strategic location has exacted a price beyond any benefits that may have accrued. Rethinking of its India policy is therefore necessary.

The first is ‘status quo’. India is better placed now to take on anything that Pakistan can engineer against rising Indian power. It would just require defensively fending off innovative Pakistani moves and provocations; awaiting the time Pakistani polity reforms itself away from the praetorian model. Changes in Pakistan are already underway with the US mounting pressures to that end. However, the policy has risks. The risk of inadvertent conflict or conflict compelled by circumstance of another attack of Mumbai 26/11 dimensions cannot be ruled out. The nuclear overhang would remain on any such conflict, even at the lower end of the conflict spectrum such as ‘surgical strikes’.

The second is ‘upping the ante’. This involves increasing the military asymmetry through channelling the defence budget intelligently into military Transformation. This does not necessarily involve hiking it overly but taking it to levels such as a consistent 2.5-3 percent of the Gross Domestic Product. The usability of the additional military muscle would be questionable in the India-Pakistan case since Pakistan can only be expected to increase its dependence on the nuclear deterrent.

The third is a ‘reaching out’. India can attempt to diminish the perception of threat in Pakistan this way. This can be done through engaging Pakistan in dialogue. Dialogue exists at multiple levels. However, this would entail at a minimum re-establishing the composite dialogue process. Progress along the eight baskets of issues it comprises can begin then with those amenable to a technical solution, of lower political salience and reportedly closer to solution such as is the Sir Creek issue. In addition, a strategic dialogue entailing a discussion of strategic doctrines may be instituted in order that the forum serves to engage with the Pakistan Army directly.

The other three options are combinations of the first and second, second and third, and first and third. The first combination option involves status quo in terms of cool relations and upping the ante. The second is of increased defense spending along with a reaching out to Pakistan. The third and last does not appear possible – that of being both adversarial and reaching out simultaneously. However, this can be done through being distant on the official level while opening up on the non-official, societal, people-to-people level.

Meaningful and enhanced reaching out can be game changing. Insofar as policy alternatives suggested, the combination options of reaching out along with either status quo in the military balance or by increasing the power differential suggest themselves as priority options. Of the two, status quo is no longer a possibility. The defense sector is set to grow to the tune of spending on armaments amounting to over $ 80 billion over the decade. There being no reversing that, the alternative is therefore one of reaching out in combination with ‘upping the ante’. The advantage is that seeing that it cannot keep pace, Pakistan – operating in the realist mode – would accept India’s offer if suitably couched. Realist thinking implies being sensitive to power imbalances. Where balancing is not possible or is counter productive, then the option that comes to the fore is bandwagoning. India needs to identify a game plan in detail of what it needs to do in terms of security and foreign policy to bring about this outcome.