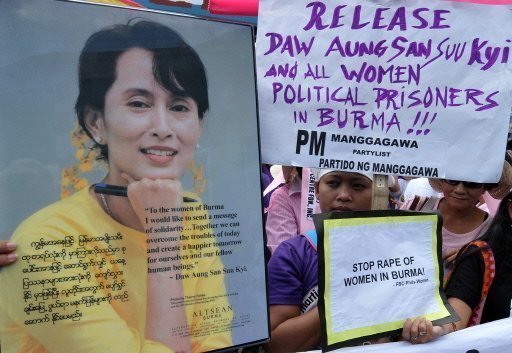 Burma’s military leaders have declared that the National League for Democracy (NLD) will be banned from elections scheduled for this year unless the party expels its leader, Aung San Suu Kyi.

The announcement coincides with the junta’s recent decision to allow the NLD to reopen 300 offices.

Under a series of changes made to Burma’s electoral laws which were released a week ago, the junta has reformed country’s political party registration requirements, barring any person with a criminal conviction from participating and voting. 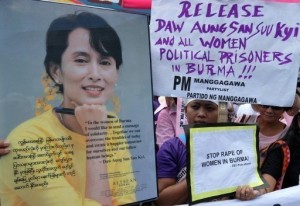 The Nobel Peace Prize Laureate, currently under house arrest, will be barred, along with more than 400 party members and a further 1,700 people identified as political prisoners.

The laws have also officially annulled the results of Burma’s last election in 1990, where the NLD won more than 80 per cent of parliamentary seats. Religious orders such as Buddhist monks, the driving force behind the 2007 Saffron Revolution, will also be prohibited from participating.

In a rare show of defiance against the protocol of quiet diplomacy, the Philippines, Burma’s colleague in the Association of South East Asian Nations (ASEAN), has lashed out against the laws. The country’s Foreign Secretary, Alberto Ramulo, labelled the decision to ban Aung San Suu Kyi from the electoral process “a complete farce”.[1] His sentiments were echoed by South Africa’s anti-apartheid campaigner and Nobel Peace prize recipient, Archbishop Desmond Tutu.

The United States and United Kingdom also expressed “disappointment and regret at the junta’s move.”[2]

In a statement released by the NLD Central Executive Committee on March 12, spokesman U Win Tin said that the party defied the junta’s announcement by listing Aung San Suu Kyi on the list of potential candidates as she is still part of the party’s executive committee.

Her lawyer, U Nyan Win, said that the laws were designed to affect “only one person” and referred to the situation as being “shameful”. He added that while the laws were blatantly one-sided, it gave the people a chance to understand what the military’s real intentions were. “These laws are challenges not only for the NLD but also for (Burma’s) people. We need to face these challenges in a united manner. People need moral strength,” U Nyan Win said.

Human Rights Watch Asia director Brad Adams said that the changes were “sadly predictable”. He said that the political process aimed at “creating the appearance of civilian rule with a military spine.[3]”An electoral committee appointed by the junta will be granted authority to rule arbitrarily on all matters. At least five members of the committee will be from the military regime. It is understood that the junta rejected an offer by Indonesian officials to act as international observers.[4]

The Irrawaddy has reported that seven parties are preparing to register for the election, with more to follow. The pro-junta organization Union of Solidarity and Development Association (USDA) is planning to register up to three parties.[6] The military junta has given all political parties until May 10 to comply with re-registration requirements or face closure.

Although an election date has not been officially set by the military leaders, the Japanese newspaper, on January 7, Asahi Shimbun published details of a leaked discussion between Burma’s military generals on January 7, declaring October 10 to be the preferring election date. The article also outlines campaign periods, strategies and the likely effects of allowing the opposition NLD to participate in the polls.[7]

The elections have been criticised by the international community for legitimising the military rule 20 years after losing power in the country’s last election. In January 2010, Senior-General Than Shwe used an independence day speech to warn Burmese civilians to “make correct choices” when participating in the country’s democratic process, a possible reference to extending the military’s 48 year old grip on power in Burma.[8]