Economy: Fool me once, shame on you; fool me twice shame on me 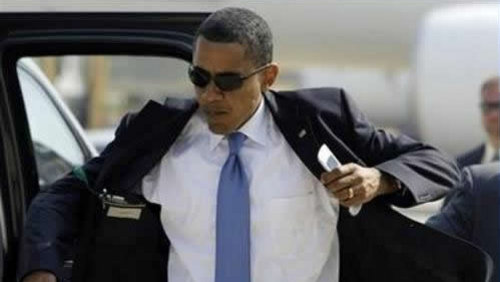 Goldman Sachs senior executives are arming themselves with New York gun permits, according to Alice Schroeder on Bloomberg.com.  The banksters “are now equipped to defend themselves if there is a populist uprising against the bank.”

One can understand why the banksters are worried. The company, now known as Gold Sacks, has a large responsibility for the financial crisis and the fraudulent “securities” that wrecked the world economy and Americans’ pensions. A former Gold Sachs CEO had control of the US Treasury during the Bush regime from which he diverted $750 billion to bail out the banks, thus supplying them with free capital. Gold Sachs made $27,000 million during the first three quarters of 2009 and is paying out massive bonuses, leaving the busted taxpayers with the debt and interest charges.

Little wonder the US can’t afford health care for the uninsured and unemployed. It is far more important to finance multi-million dollar bonuses for investment bankers. I mean, what would we do without capitalism?

Of course, it is not really capitalism. It is an oligarchy or a financial plutocracy.

In a failed state, the government’s priorities are totally separate from those of the people. The US can’t afford health care or a bailout for jobless homeowners, but it can afford a pointless war and multi-million dollar bonuses for banksters who wrecked the economy.

The expensive “surge” came 24 hours after the Detroit Free Press published a 127-page supplement of home foreclosures in its metro area. In Michigan 48% of mortgages are on properties that are worth less than the loan, according to a report from First American CoreLogic.

As bad as it is in Michigan, the state ranks seventh in foreclosures, so six states are in even more dire straits.

Why does President Obama think the US can afford a war in Afghanistan when the US economy is falling apart? Massive joblessness. Massive homelessness. Millions of Americans without medical care.

The additional $30 billion for the war comes on top of the $65 billion already appropriated for the year. These appropriations are always fattened with supplementary appropriations. The true cost is well in excess of $100,000,000,000.

Whose going to pay for it? Democratic Representative David Obey, chairman of the House Appropriations Committee proposes to raise income taxes on everyone earning more than $30,000.

This is called “trickle-up” economics. You tax the little guy and give the money to the armaments companies.

There was a time when Democratic presidents represented the little man, and Republicans represented business. Today both parties represent the moneyed interests. On December 3 at the jobs summit with business leaders, Obama said, “We don’t have enough public dollars to fill the hole of private dollars that was created as a consequence of the crisis.”

In other words, all the public’s money has been spent on the banks and the wars.

Despite Democratic majorities in the House and Senate and the ease with which Obama won the presidential election over McCain/Palin, the Democratic Party has totally collapsed. The Democrats have abandoned every constituency. Democrats have discarded the American people. Democrats, in pursuit of campaign contributions, represent the moneyed interests on Wall Street, the munitions companies, the insurance companies, the agri-businesses that have destroyed independent farmers, despoilers of the environment, unaccountable police, and the builders of detention centers. The exception is Rep. Dennis Kucinich.

The Democrats have become brownshirt Republicans.

The American people, except for the one percent of super-rich, have been abandoned.

Obama had a different message during the presidential campaign. On May 4, 2008, he went to Elkhart, Indiana, to sympathize with the unemployed. On February 9, 2009, just after his inauguration, he returned to Elkhart to say: 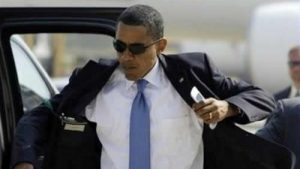 “You know, we tend to take the measure of the economic crisis we face in numbers and statistics. But when we say we’ve lost 3.6 million jobs since this recession began – nearly 600,000 in the past month alone; when we say that this area has lost jobs faster than anywhere else in America, with an unemployment rate over 15 percent; when we talk about layoffs at companies like Monaco Coach, Keystone RV, and Pilgrim International – companies that have sustained this community for years – we’re talking about Ed Neufeldt and people like him all across this country.

“We’re talking about folks who’ve lost their livelihood and don’t know what will take its place. Parents who’ve lost their health care and lie awake nights praying the kids don’t get sick. Families who’ve lost the home that was their corner of the American dream. Young people who put that college acceptance letter back in the envelope because they just can’t afford it.

“That’s what those numbers and statistics mean. That is the true measure of this economic crisis. Those are the stories I heard when I came here to Elkhart six months ago and that I have carried with me every day since. I promised you back then that if were elected President, I would do everything I could to help this community recover. And that’s why I’ve come back today – to tell you how I intend to keep that promise.”

Lawrie Covey, 58, has been out of work for two years. “I can’t even get a job cleaning rooms at a local motel.” Her son, who was night shift foreman for a local manufacturer and who lost his job after eight years, was splitting the rent. Winter is upon them, and the heating bill is rising. Their transportation is 20 years old and needs a new radiator. Both her and her son’s unemployment benefits have run out. Lawrie Covey has fallen back on her experience growing up on a firm. She is raising chickens and picking wild mushrooms and has a garden. If she makes it through the winter, she hopes to get a couple of baby pigs to raise to see them through the next year.

Lawrie Covey, to whom President Obama made a promise could just as well be an Afghan peasant. She doesn’t count any more than the thousands of Afghans who have been murdered in their sleep by US air strikes on “terrorists.”

She voted for a president who spent all the money on wars based in lies and deceptions and on Gold Sacks, the richest institution in the world.

The maniacal left-wing hates Ronald Reagan because “he cut taxes for the rich,” but Obama is loading up the poor with enormous debts that imply hyperinflation in order to make Gold Sacks too heavy to lift and in order to reward the munitions industry for its service to world peace and American hegemony.