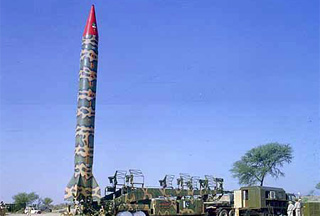 The Memorandum of Understanding (MOU) arrived at between India and Pakistan at the Lahore Summit of 1999 had a whole host of measures that the two states were to undertake. This was to help dispel mutual apprehensions and concerns elsewhere that their nuclearization of the previous year had raised. 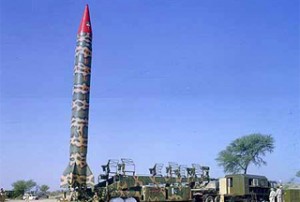 Many of these have been implemented in the period of engagement between the two states that began with the ceasefire on the Line of Control a year after the end of Operation Parakram in November 2003.

The Islamabad Joint Statement of January 2004 signified the new direction and content of their relationship because the Kargil War had derailed the understanding arrived at in Lahore.

Of the commitments made at Lahore, only one is balanced; it being that, ‘the two sides shall conclude an agreement on prevention of incidents at sea…’

This article discusses the prospects of talks on nuclear issues. The Lahore Declaration, which the MOU was to progress, mandated the two sides to ‘…discuss concepts and doctrines with a view to elaborating measures for confidence building in the nuclear and conventional fields, aimed at prevention of conflict.’

It has been reflected in the MOU as its very first point, thus, ‘The two sides shall engage in bilateral consultations on security concepts, and nuclear doctrines, with a view to developing measures for confidence building in the nuclear and conventional fields, aimed at avoidance of conflict.’

Despite this privilege, it stands neglected. The five rounds of talks have instead focused on the sixth point of the MOU, specifically that, ‘The two sides shall periodically review the implementation of existing Confidence Building Measures (CBMs) and where necessary, set up appropriate consultative mechanisms to monitor and ensure effective implementation of these CBMs.’

This means that the more important issues have not been addressed. It appears that form has trumped substance. This begs the question: ‘Why?’

Both countries have their own expectations. Pakistan has been consistently ahead in proposing CBMs. This perhaps owes to its need to placate the West. It may wish to gain by creating dissonance in the Indian side, where multiple lobbies compete in a democratic space. It may hope that in doing so it would keep India restrained, even as it continues to employ terrorists for its strategic purposes.

India, for its part, may not wish to be seen to be hyphenated with Pakistan once again through the medium of talks. Wishing instead to be bracketed with China, it claims the China angle puts paid to any sense in bilateral nuclear discussions.

There are also pragmatic considerations, such as who India is to engage with. Talking to a civilian regime of uncertain longevity may not be useful, while talking to the Army would undermine democracy there.

But pertinently, India may not wish to engage in nuclear talks since it is presently in the midst of pressuring Pakistan in having ‘paused’ the composite dialogue, seemingly from a position of strength. It has pacified Kashmir; the US is now a ‘strategic partner’; Pakistan is in a tight corner facing off the Taliban counter in its core areas; and it has been alleged by Pakistan that Indian pressure is being mounted in Afghanistan and Baluchistan.

Therefore, to engage in CBMs at this stage would be inconsistent. Realistically, it would do so only once the otherwise unrelated dialogue has resumed and made some headway. The trust deficit having narrowed, India would then think of engaging Pakistan in nuclear talks.

Nevertheless, there is one incentive for India to engage in talks irrespective of the status of the stalled dialogue. This owes to recurrent reports on Pakistan’s nuclear arsenal being under threat from Islamists. The threat can be from Islamists gaining access to the weapons through ‘insider-outsider’ collusion or by terror attack. This is less likely since there would be no use of the weapons in the sub-conventional conflict in the region.

However, the threat that keeps the West interested in nuclear security would remain. The second dimension of the threat is from Pakistan ‘going under’, under the weight of its own contradictions. In such a case, India would prefer that the weapons remain in custody of the relatively rational-secular organisation currently charged with its custody, the Strategic Plans Division and the Security Division.

Pakistan, to assuage concerns, has let out a lot of information on the manner it has coped with the threat. This has been acknowledged both by the US and India, though both prefer Pakistan continue its efforts unsparingly.

The proposal here is that India engages Pakistan as mandated at Lahore on nuclear doctrinal issues, as a measure moving beyond mere confidence building to security building. This would at a minimum keep a line of communication through to the custodians of the arsenal. At a maximum it would develop the momentum necessary to move further in case the stalled ‘composite dialogue’ has gathered momentum in the future.

In case of an increased threat due to a deteriorating situation in Pakistan or due to an emergent threat then the mechanism would be available for networking Pakistan.

While diplomatic channels are available, these are staffed by non-experts; instead the requirement of the moment would be that experts, to include those in uniform, be in the loop. In case they are already acquainted with their counterparts on the other side, the crisis would be easier to master and would be able to supplement the interaction through the existing hotlines between the two military operations directorates and foreign secretaries.

India’s interest would be served by gaining reassurance that the arsenal, that is known to be India-centric, continues in safe hands.

Pakistanis, for their part, are apprehensive of the conspiratorial whispers that surface from time to time of a US-India-Israeli intent to ‘take out’ Pakistani nuclear weapons. Their apprehensions would be allayed. But more importantly, having such a mechanism in place and immune from the vagaries of the larger relationship between the two states enables them to navigate crisis, and worse, conflict, without an overbearing extension of the nuclear overhang.