Examining Obama’s Rationale for Escalating the War in Afghanistan 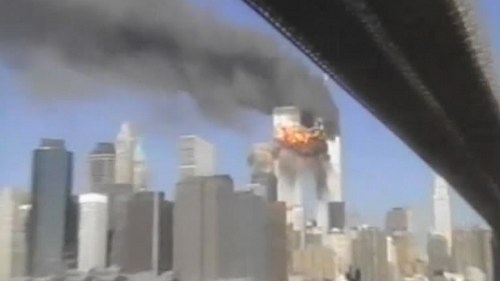 Outlining his rationale for the decision to send yet more troops to Afghanistan, President Barack Obama on Tuesday began with a familiar refrain: “We did not ask for this fight. On September 11, 2001, 19 men hijacked four airplanes and used them to murder nearly 3,000 people.”

“Al Qaeda’s base of operations”, he said, “was in Afghanistan, where they were harbored by the Taliban”, who “refused to turn over Osama bin Laden”.

In fact, the Taliban offered to either try bin Laden in their court system or hand him over to a third country if the U.S. provided evidence of his involvement in the 9/11 attacks. The evidence, however, was not forthcoming, and so the Taliban did indeed refuse on that basis.

There’s another half-truth in this remark, which suggests that the reason we went into Afghanistan was to get bin Laden. This is belied by the fact that there were plans to overthrow the Taliban that predated 9/11.

The consideration then had mostly to do with U.S. interests in seeing oil and gas pipelines constructed in transit through the country. It cannot have been coincidence that President Bush’s special envoy to Afghanistan following the overthrow of the Taliban was Zalmay Khalilzad, who had previously conducted risk analysis for Unocal, the company trying to woo the Taliban and heading the consortium to establish a pipeline across Afghanistan until 1998, when company Vice President John J. Maresca testified to the House Committee on International Relations that unless there was a change in regime, no such pipelines could be built.

Unocal was later bought by Chevron, then National Security Advisor Condoleezza Rice’s former company, which is heavily invested in the region. Then Vice President Dick Cheney was also very personally involved in the region. He served, for example, as a member of Kazakhstan’s Oil Advisory Board. The list goes on.

So far, the proposed TAPI and other pipelines haven’t quite panned out as desired, but the plans are still on the table. TAPI, for example, the main proposal presently backed by the U.S. (which is opposed to an alternative route through Iran), which evolved from the Unocal consortium, is to be financed by the Asian Development Bank, of which the U.S. and Japan are the major shareholders with significantly more voting power than the rest of its members, thus rendering the ADB a useful instrument of U.S. foreign policy.

Obama’s suggestion that the war was about getting bin Laden is also belied by the fact that both General Tommy Franks – then commander of U.S. Central Command who oversaw the U.S. military action against the Taliban regime in Afghanistan – and Richard Myers – then Chairman of the Joint Chiefs of Staff – denied that getting bin Laden was ever a goal of the U.S.-led war. These denials were no doubt self-serving, in light of the failure to capture or kill bin Laden; but that does not mean they were not also honest admissions.

The latter part of this statement is simply the politics of fear and nothing more, akin to the statements from government officials prior to the invasion of Iraq that the “smoking gun” of Iraqi WMD and ties to al Qaeda “could come in the form of a mushroom cloud” – a claim those making it knew was absolute nonsense. This is not to say there aren’t terrorists plotting against the U.S. But they hardly need to be confined to the Afghanistan-Pakistan border, and it’s our policies, including the continuing war in Afghanistan, that serve as the catalyst for such extremism in the first place.

The former part of this remark, needless to say, is just false. 9/11 was neither planned in nor executed from Afghanistan. The attacks were planned in places like Hamburg, Germany and Venice, Florida — or Malaysia, where the CIA had tracked two of the would-be hijackers, both known al Qaeda associates. (Despite being on the terrorist watch-list, and despite the agency having known that they had visas to enter the U.S., the CIA still chose not to notify the State Department, the Department of Immigration, or the FBI). They were executed from American soil.

Similarly deceptive rhetoric was employed to convince Americans the U.S. had to invade Iraq:

In other words, the insurgency has nothing at all to do with Al Qaeda. The only connection between most insurgents and Al Qaeda is a common goal to rid the country of foreign troops and/or replace the U.S. puppet regime. It’s instructive that Obama noted the overthrow of the Afghan government as a goal, but not the ousting of foreign forces from their soil. It’s no insignificant omission, given that the policy just announced will predictably serve to fuel the insurgency, following the trend of strengthened insurgency as the number of troops has increased over the years.

As an elementary observation, the increase in troop numbers has nothing to do, therefore, with quelling the insurgency – any more than invading Iraq was about ridding the world of WMD.

The insurgency having nothing to do with Al Qaeda, therefore the U.S. counterinsurgency strategy in Afghanistan has nothing to do with fighting Al Qaeda. That’s equally elementary, despite Obama’s claim that “Our overarching goal remains the same: to disrupt dismantle, and defeat al Qaeda”.

But Obama couldn’t very well tell the truth to the American people and still expect to garner their support for yet another escalation of troops to Afghanistan. Much better to use the old Bush formula: We need to send more troops because we were attacked on 9/11. If we don’t escalate the war there, al Qaeda will attack us on our own soil.